My last post on the Odonata insect family focused on those who like to hang out close to ponds or other open water.  If you missed that piece, go back and read about the interesting life cycle of these fast-flying carnivores.  Some species roam away from water and can be seen hovering or zipping around open fields in search of prey.  One of the commonest genera are the meadowhawks. 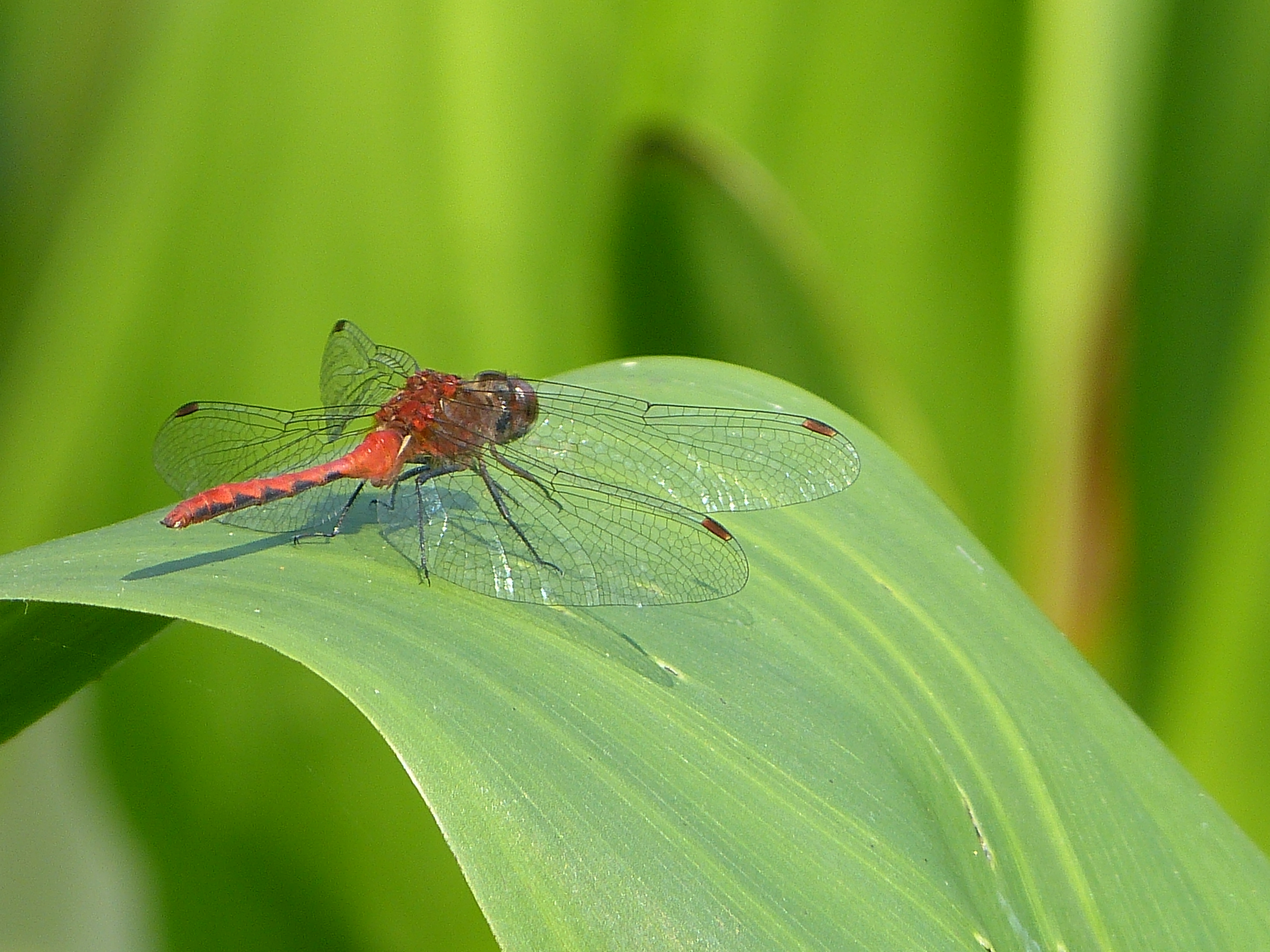 Meadowhawks are small; only a little over an inch in body length.  They are often seen perched and some, like the one shown above, are brightly colored.  Another closely related species is the White-faced Meadowhawk: 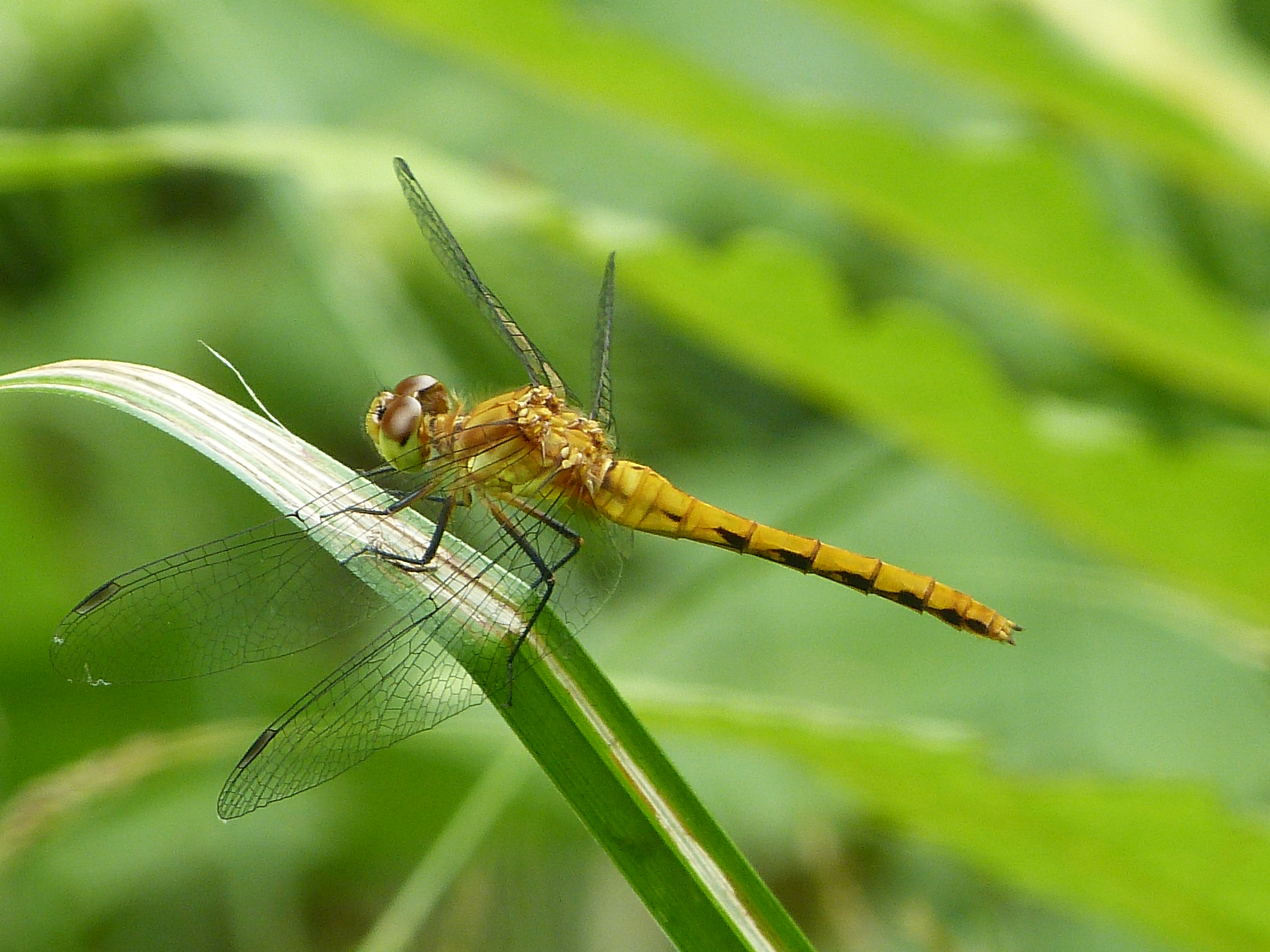 All meadowhawk females are yellow or beige, and distinguishing the species is often impossible without capture and careful examination.

Another odontate, this time in the damselfly group, is the Ebony Jewelwing:

Ebony Jewelwing, male. They are most likely to be found at forest edges near streams. Photo: Andrew Joslin

An early summer wanderer is the Painted Skimmer: 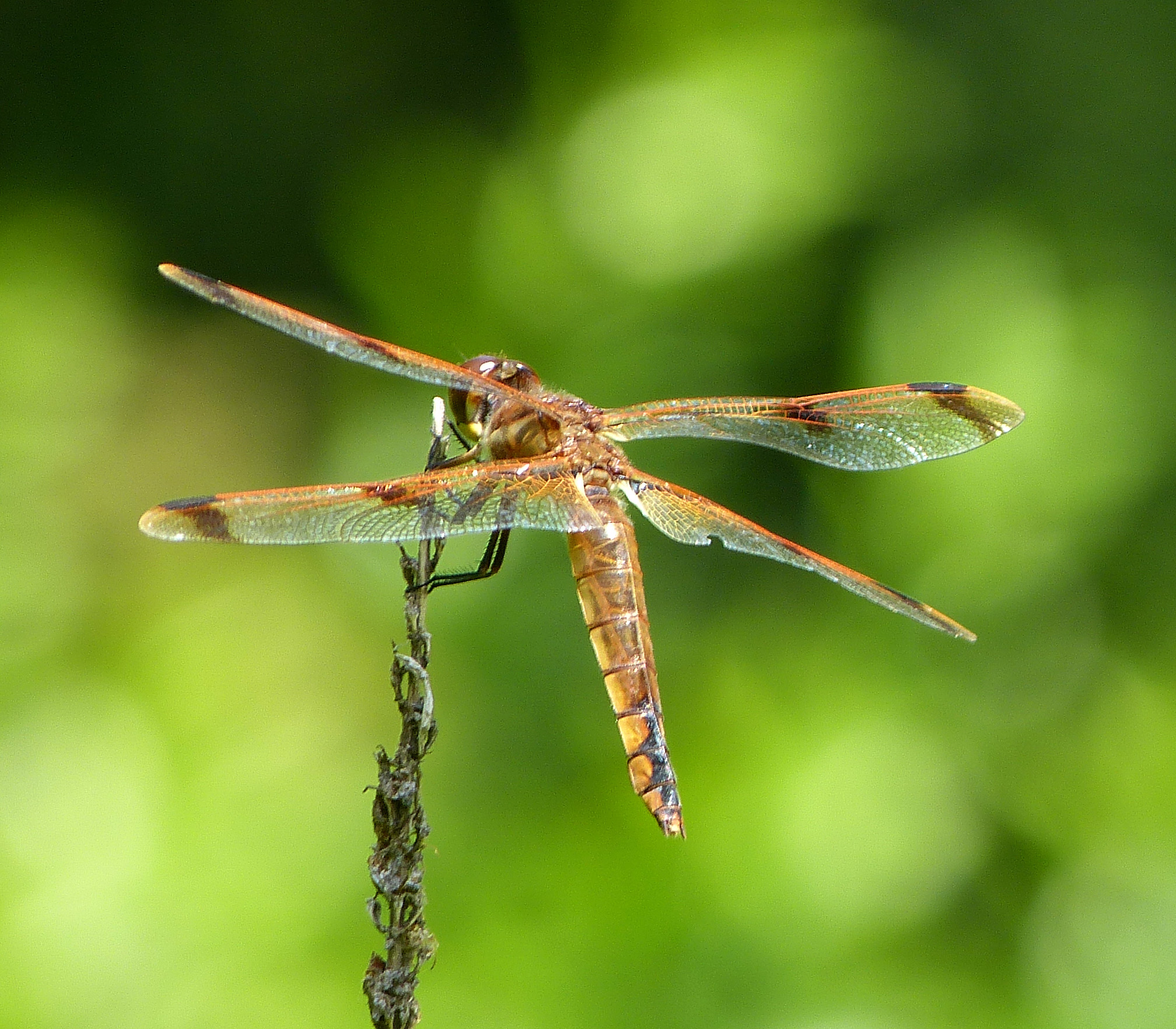 These striking orange odes can be seen regularly along the stream bed adjacent to Hemlock Hill Road in the Arboretum. In this same area I found another dragonfly species, back in 2009: 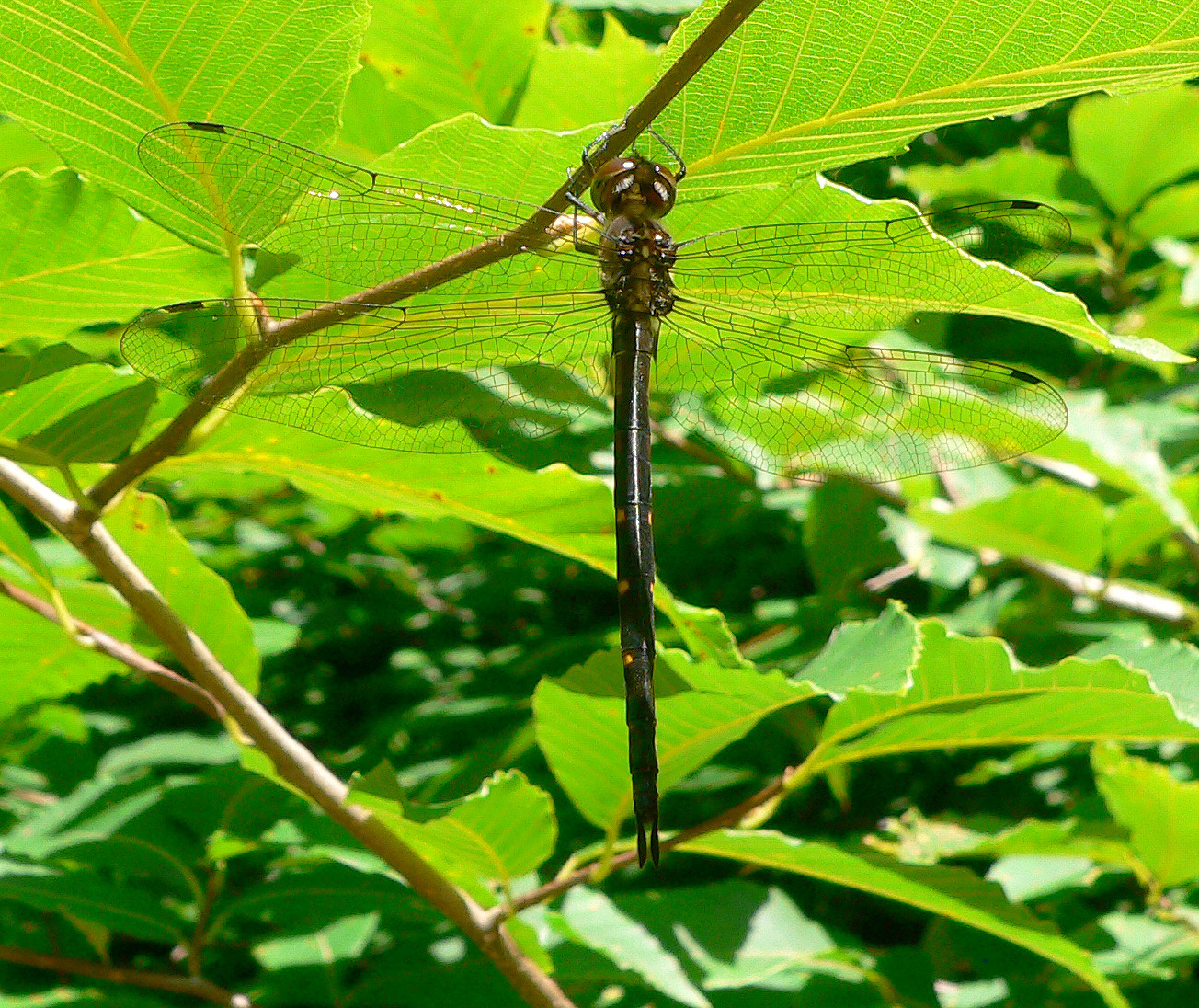 While Mocha’s are often reported in other areas of Massachusetts, my sighting was a first for Suffolk County I think, and I have yet to see it again in the Arb.

Dragonflies show seasonal variation; one of the latest to fly is the Shadow Darner: 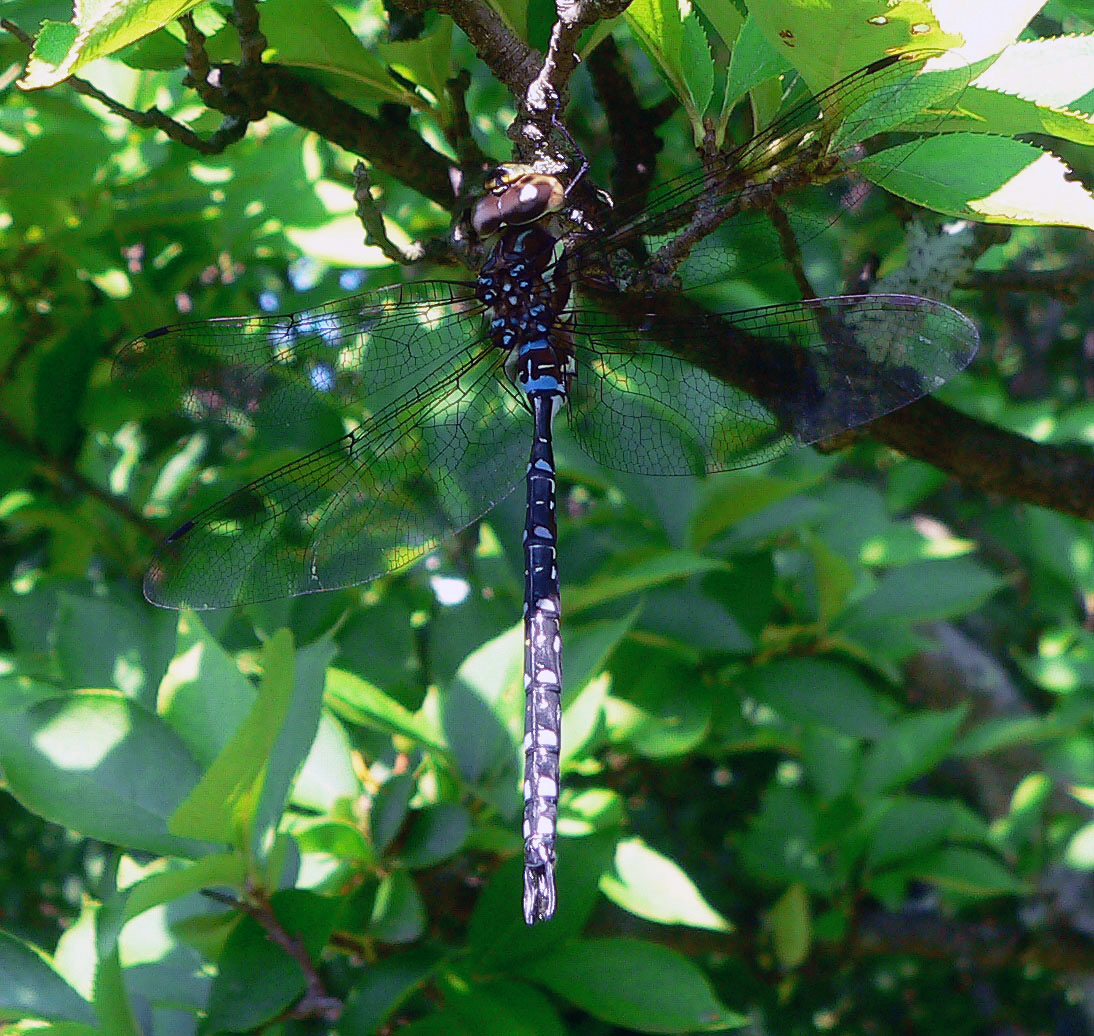 Male Shadow Darner Aeshna umbrosa. This genus of large odentata is hard to identify to species in the field. Photo: Bob Mayer

When not in flight, they tend to perch hanging vertically, as in the image.  That, and their large size of nearly three inches, helps to identify Aeshna genera.

The last large dragonfly seen commonly in the Arboretum- also a late flyer- is the Common Green Darner: 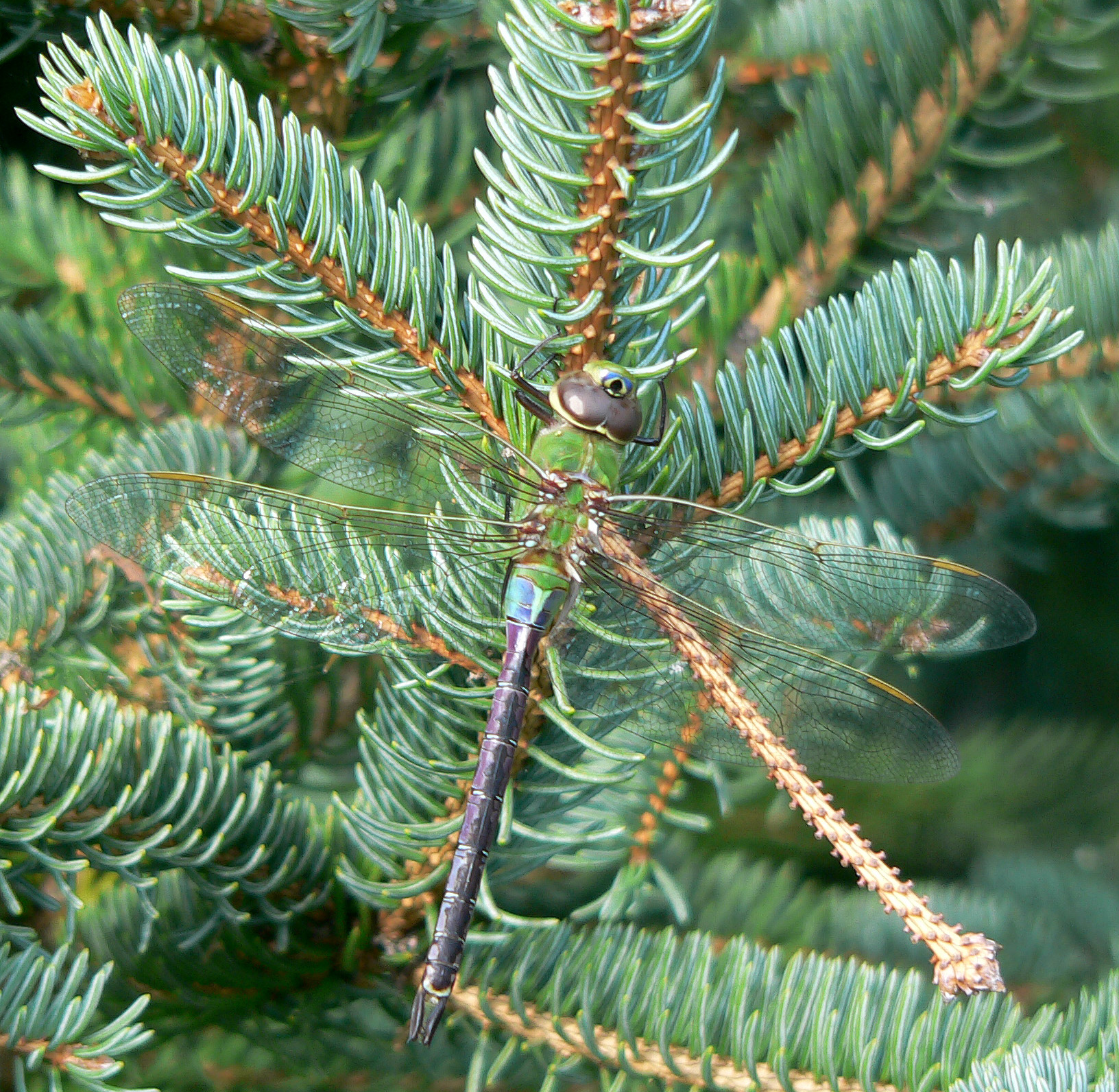 I have seen these big fellows all over the Arboretum, as late as October.  So keep your eyes open for dragonflies anywhere in the landscape.

On Sunday August 17th I’ll be leading a walk around the ponds at the end of Meadow Road in the Arboretum, beginning at 1:00 PM.  We’ll be looking for all kinds of invertebrates and observing what plants they favor for food or just as a place to rest.  In addition we will look at the giant cicada killers that breed and nest in that area.  I hope you can join me.