Although I have been into nature most of my life, I didn’t get serious about birding until the ‘80’s. A friend and I used to go to Mass Audubon’s Joppa Flats Education Center for Wednesday Morning Birding every Spring. The Director of Joppa at that time, Bill Gette, led a three hour tour on Plum Island and other good birding locations in Essex County and it was there that I really got hooked on birding. Thus it was a special treat when I led a walk on Arboretum’s Peters Hill for a group from Joppa Flats who meet monthly for a nature excursion. The Wonder and the Wow, as the group is called, was composed of 12 enthusiastic birders and I did my best to wow them with the wonders of the Arnold Arboretum! Mid-day at the end of the spring migration didn’t make it easy to find birds. Kicking off the walk were two lovely Cedar Waxwings: 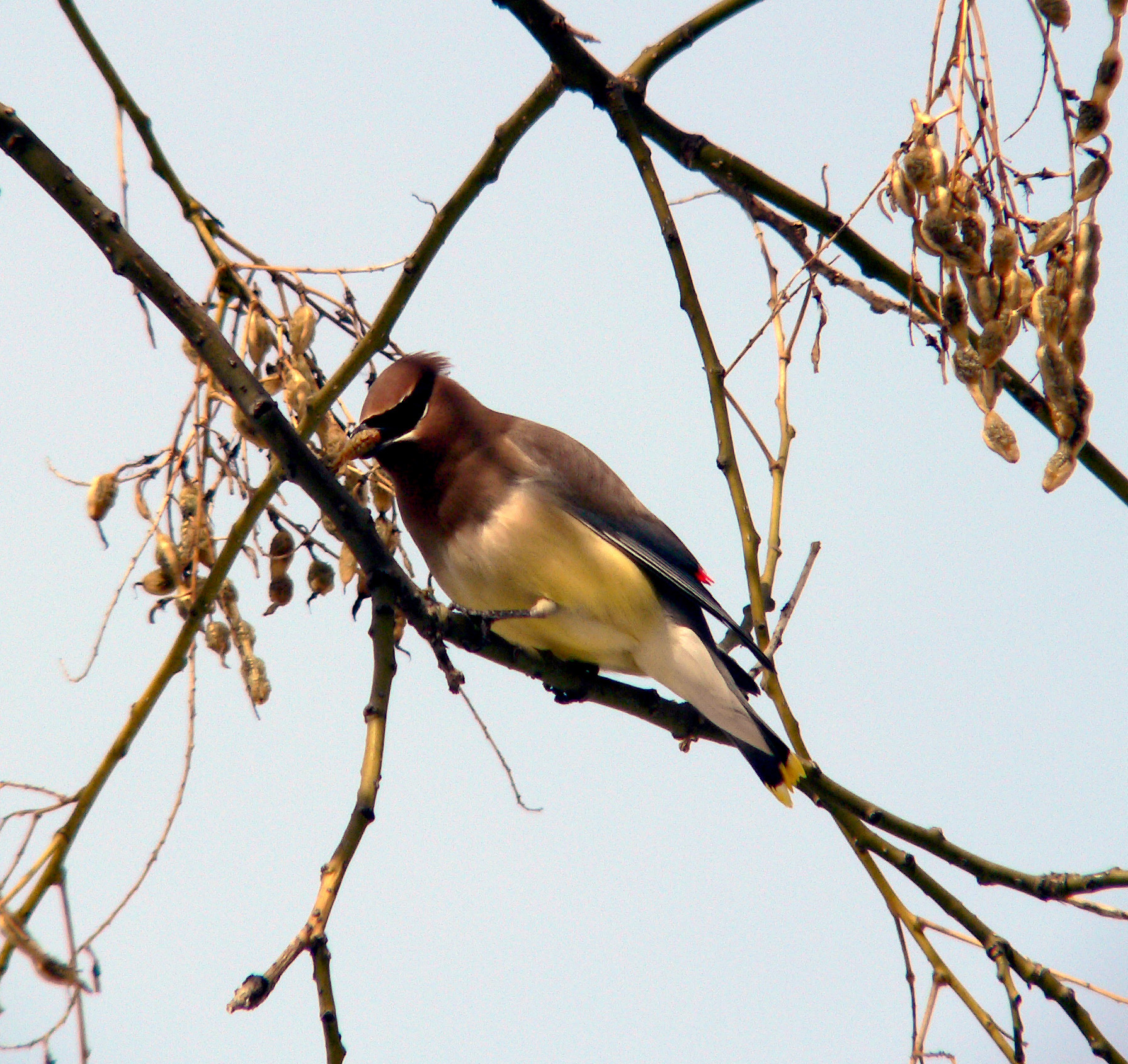 Our waxwings were showing the bright red tips on the wing feathers as in this image, plus the black mask and yellow terminal tail band At the end of the walk a keen-eyed birder found these bird’s nest in a nearby tree hawthorn tree!

We also viewed an old oriole nest where I had seen a pair of chickadees building within it several weeks ago. On closer inspection today the old nest was empty and was bottomless. Either a predator attacked, or the chickadees misjudged how much weight the well built, but year old, nest could support. 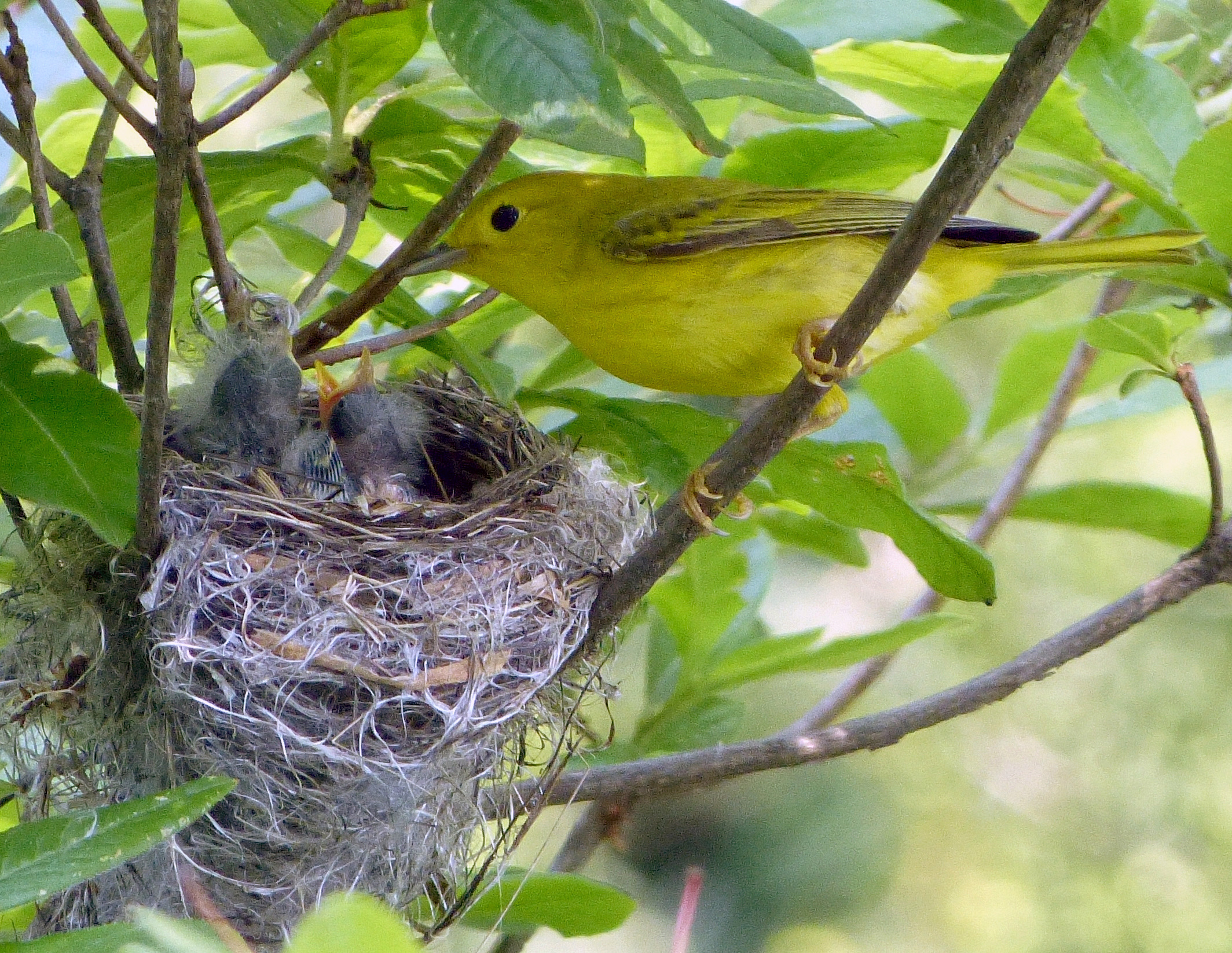 This female Yellow Warbler has at least three mouths to feed 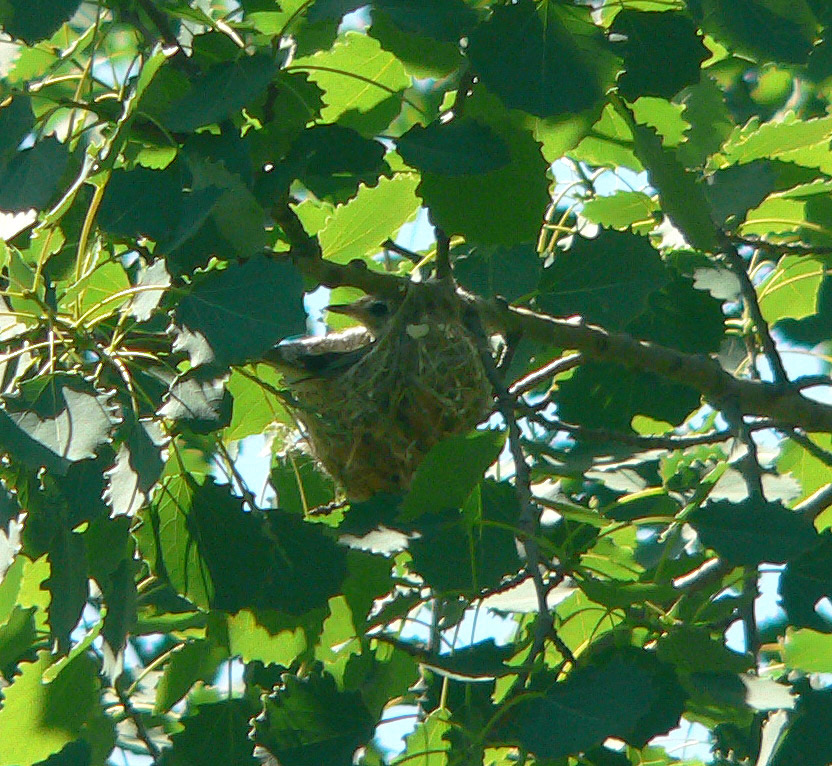 Both species of oriole found in New England nest in the Arboretum. I had seen a young male Orchard Oriole just a few day earlier on Peters Hill: 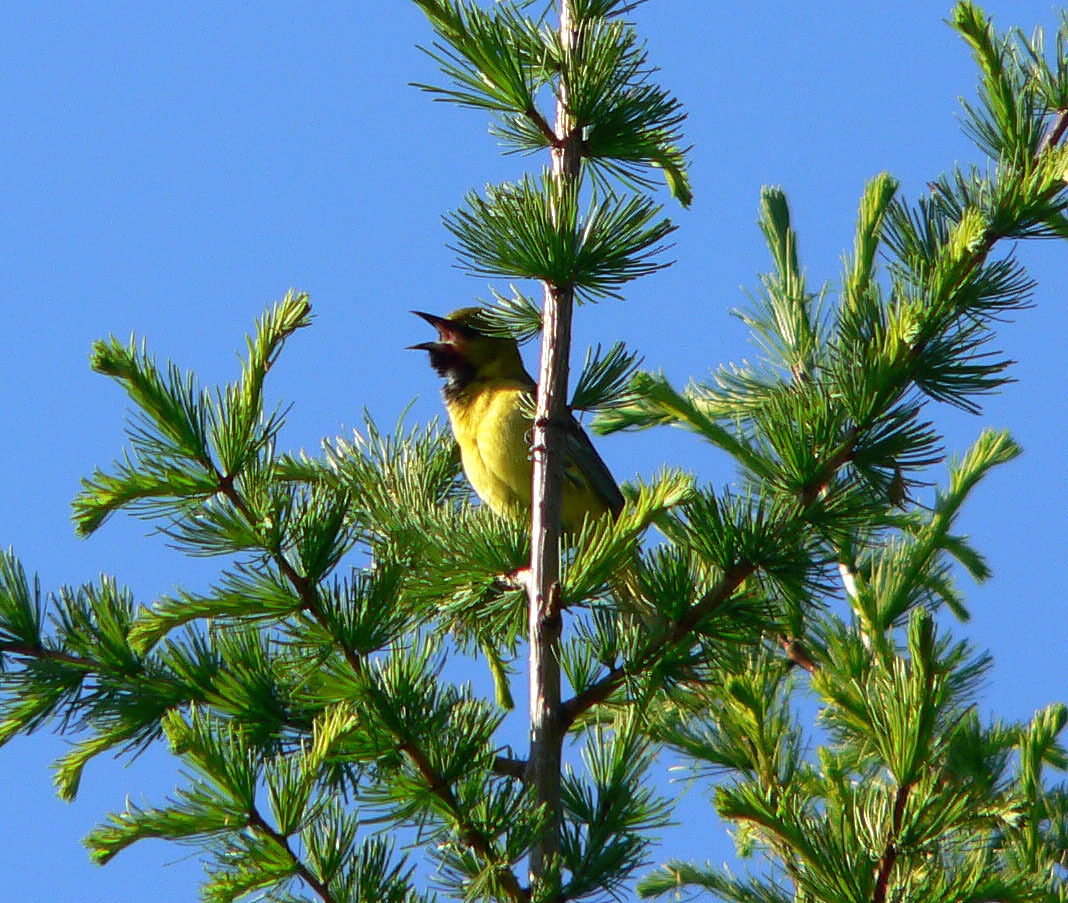 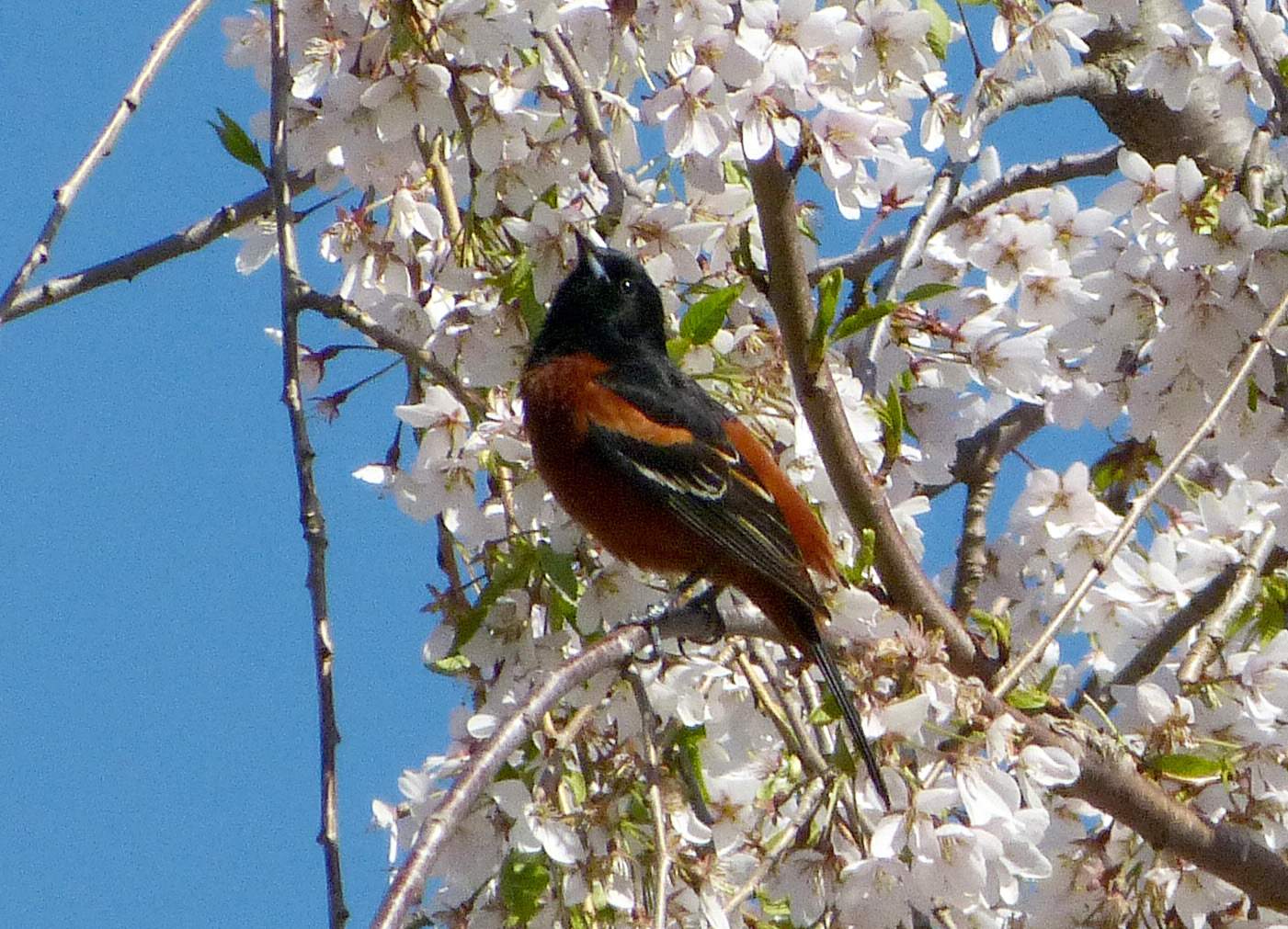 The pattering of this species is identical to the more Common Baltimore Oriole, but it is chestnut colored rather than orange

Amazingly we didn’t see or hear either species; good evidence that they are finished breeding and now nesting quietly.

We viewed a number of the nest boxes on Peters Hill, but the occupants never showed themselves. Eastern Bluebirds are currently nesting in one of them; here’s an image of the nest taken a few days earlier: 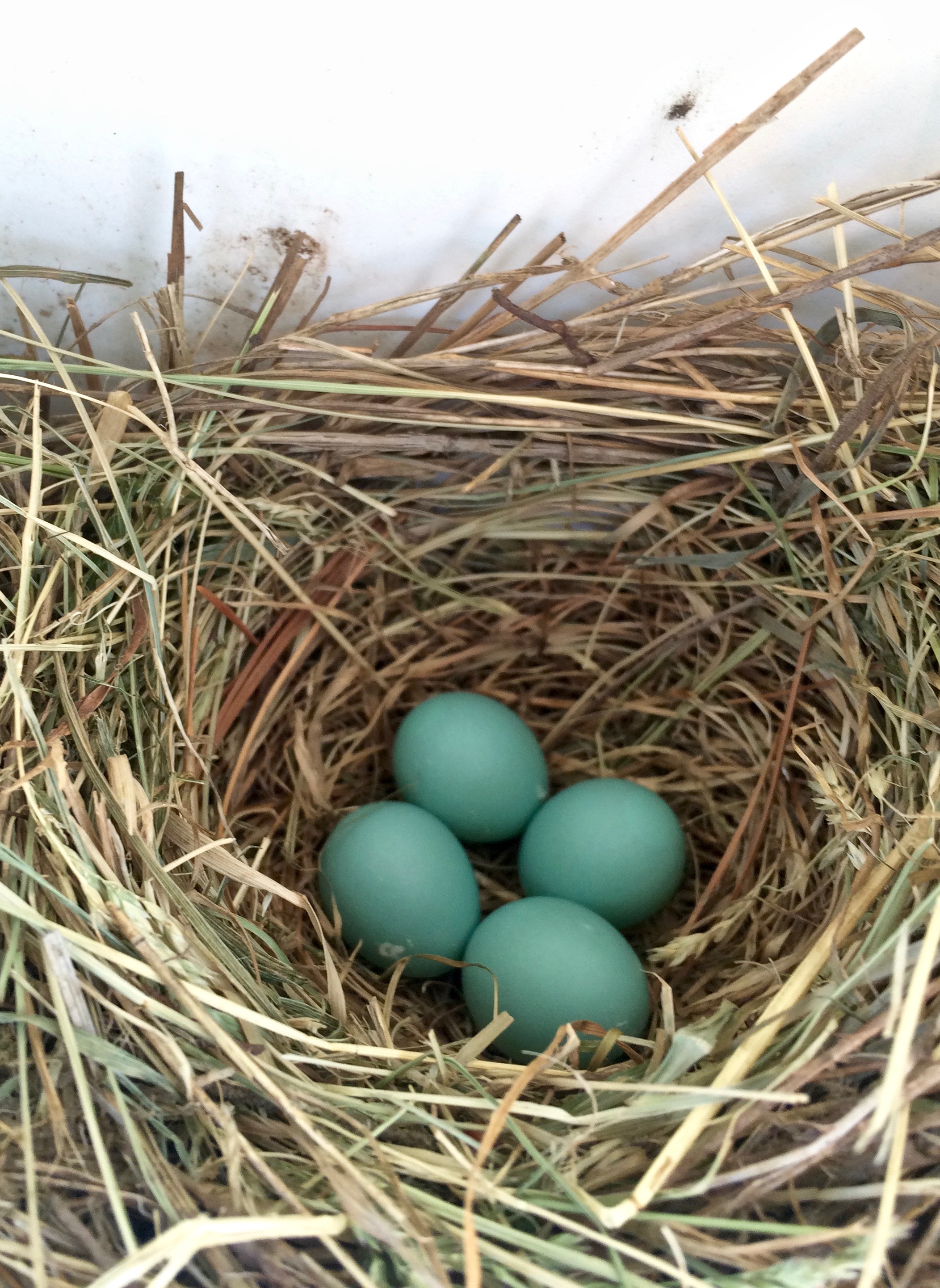 The eggs are pretty; the bird is even prettier: 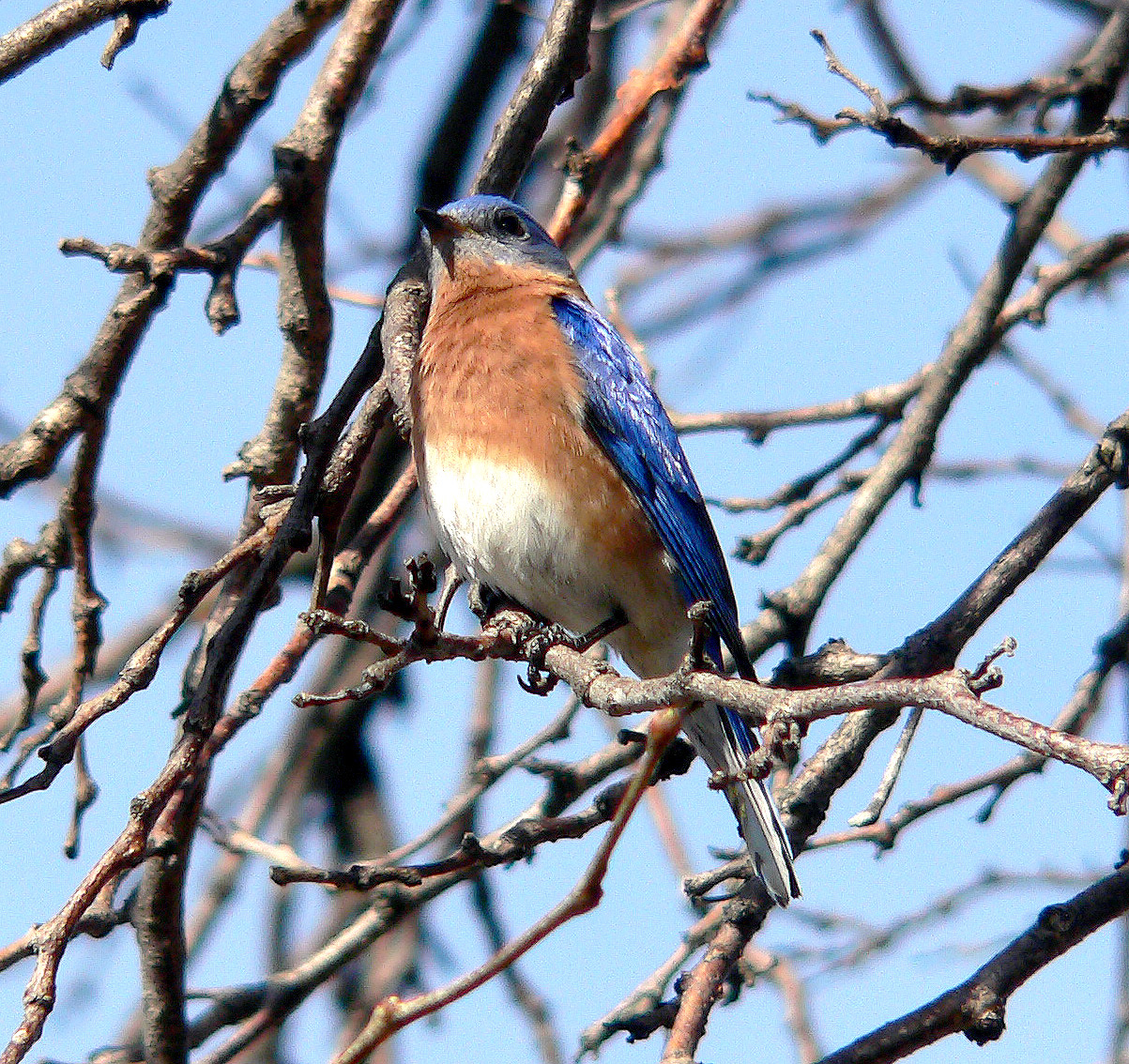 I wish we had seen them.

When we reached the top, at 240 feet the highest point in the Arboretum, I pointed out some of the fine tree accessions on Peters Hill, including a nice little buckeye: 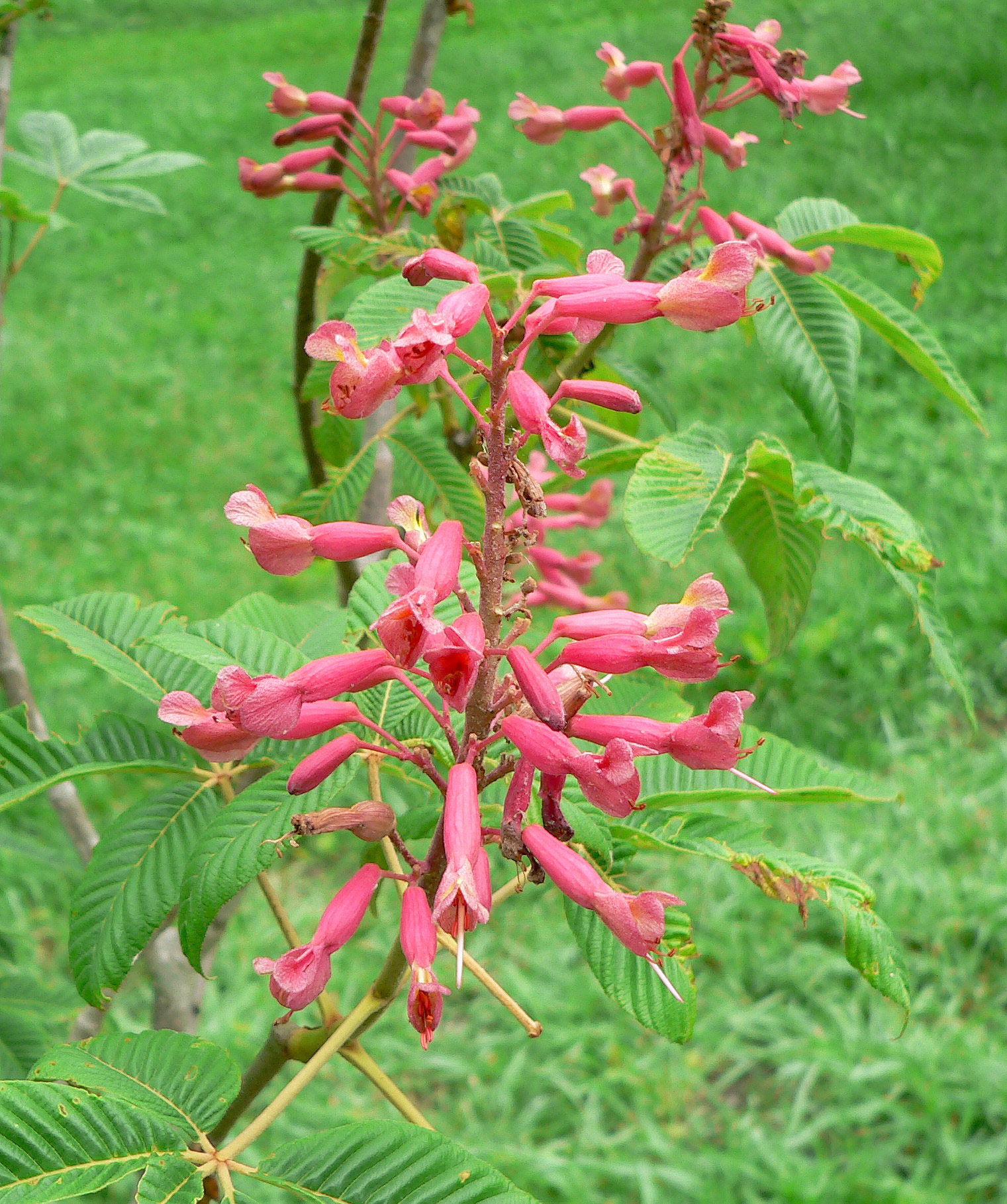 As we descended the hill we stopped briefly to look at one of Boston’s 15 historic graveyards, the Walter Street Berrying Ground. Here is the headstone of one of the last persons buried in this hallowed ground: 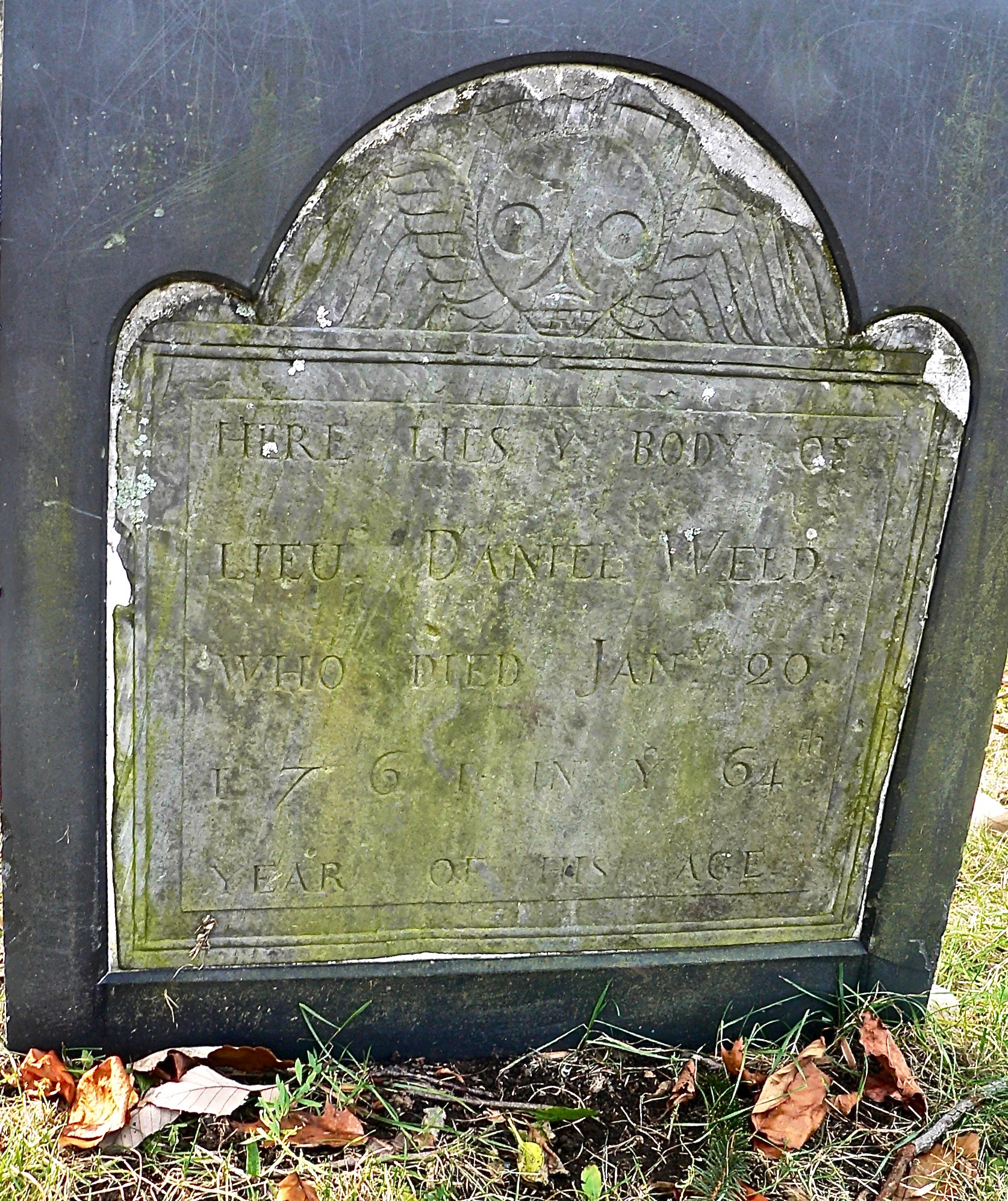 Lt. Daniel Weld, who died in 1761 at age 64, was the son of Joesph Weld, who was the original owner of much of the land that is now the Arnold Arboretum.

View this checklist online at https://ebird.org/view/checklist/S56972157