The weather could not have been better- in contrast to most of this spring- and more than 40 people showed up for a nice walk from the Arnold Arboretum’s main gate to Bussey Hill and return. The walk started off with a bang; someone spotted a Magnolia Warbler: 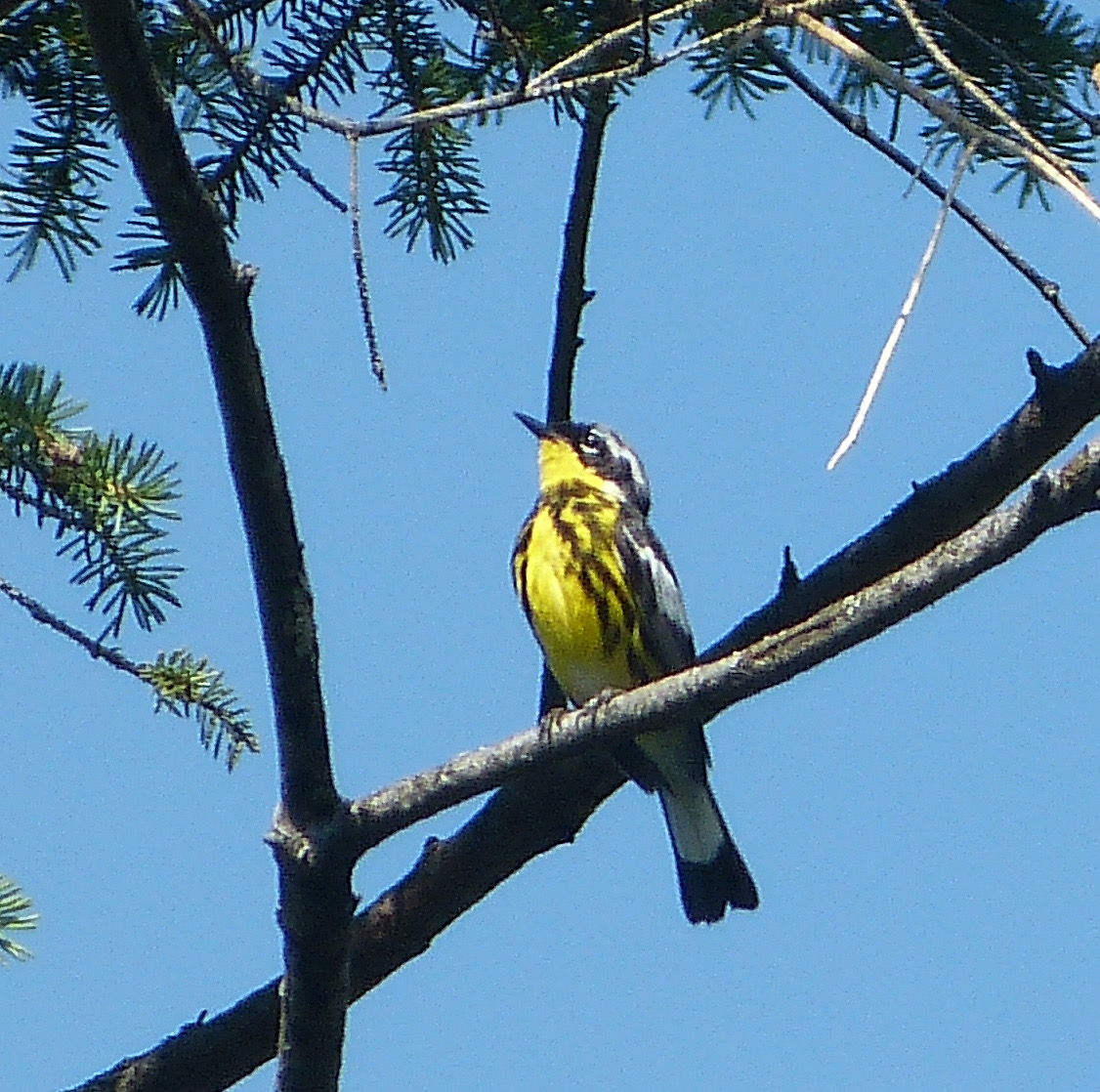 We saw and later heard several Warbling Vireos on the walk. I described how drab this vireo looks for those that missed it: 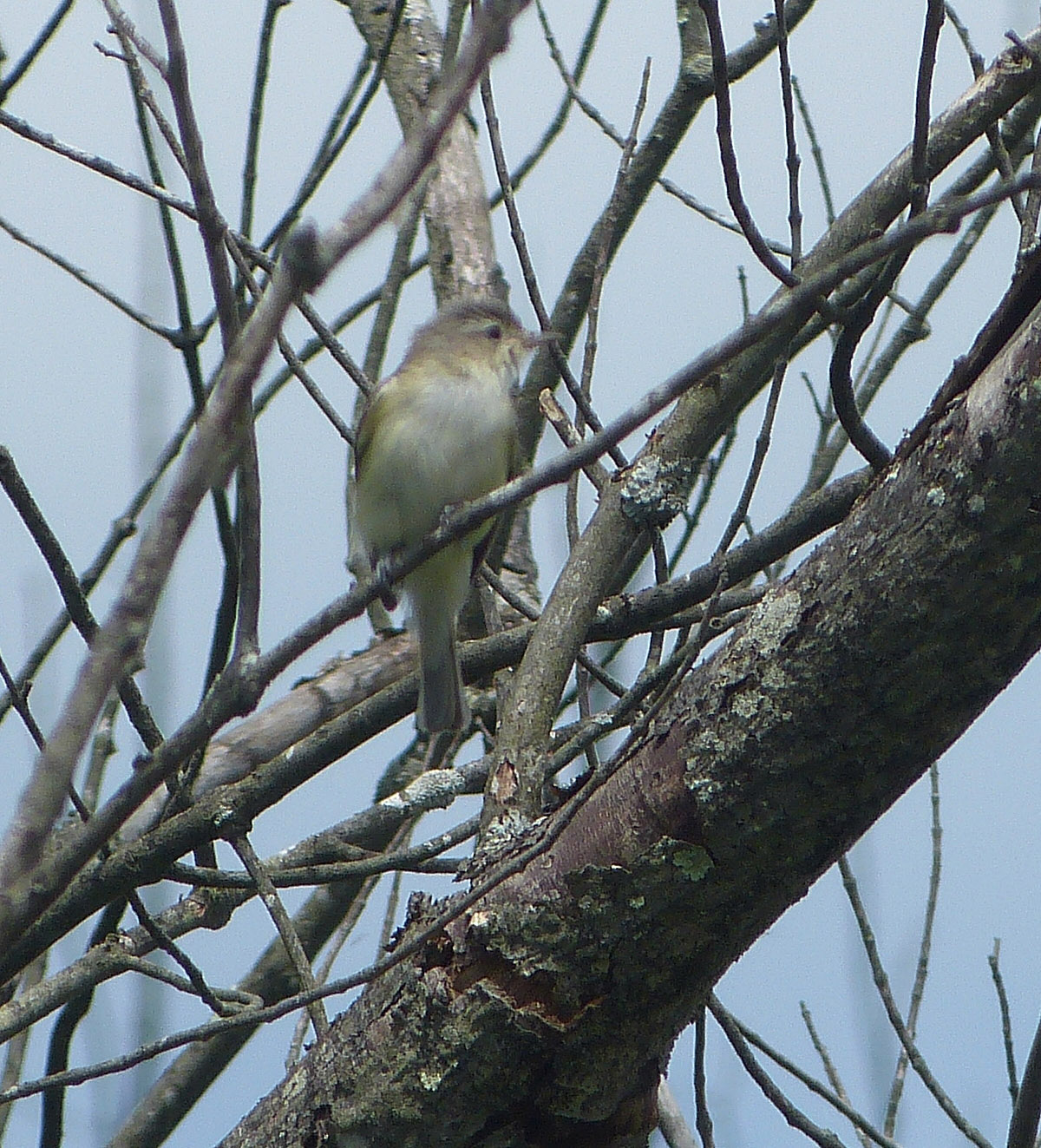 The only identification feature on this little bird is the faint white eyebrow; it makes up for its looks with a lovely rambling warble.

Also far up in the canopy was another drab bird, but with a distinct posture; a flycatcher for sure. At the time I declared it a Least Flycatcher, but as it never called (the best way to distinguish the group of small flycatchers) I can’t be certain so it was recorded as Empidonax species.

Two hummingbirds zipped past the group at different points; no one got good looks but there is only one likely species in this area, Ruby-throated Hummingbird. Here’s a shot of one briefly at rest: 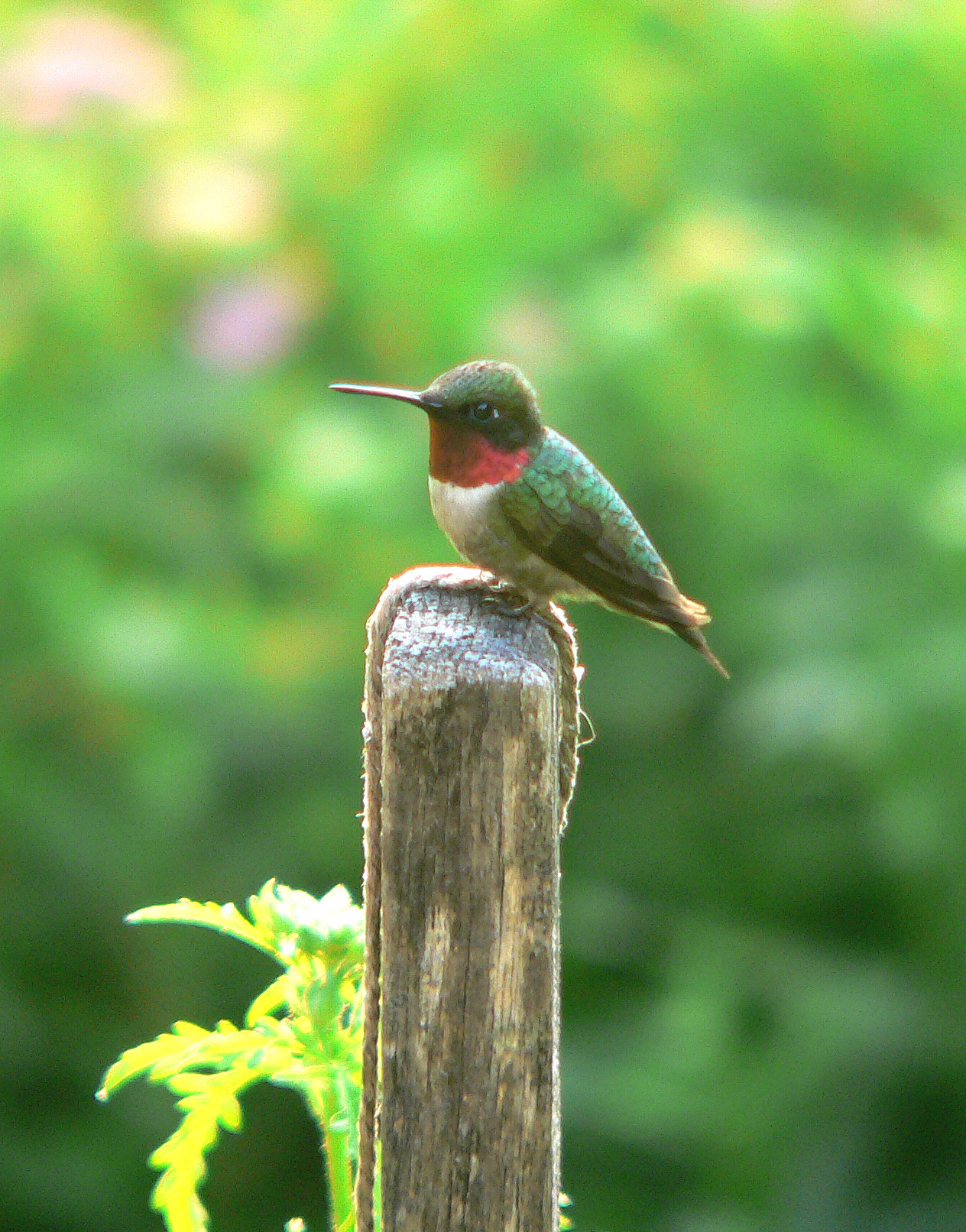 We saw evidence of breeding activity several times during the walk. A White-breasted Nuthatch made several trips to its nest hole apparently bringing food to early nestlings. A female Baltimore Oriole was found weaving its intricate hanging nest. 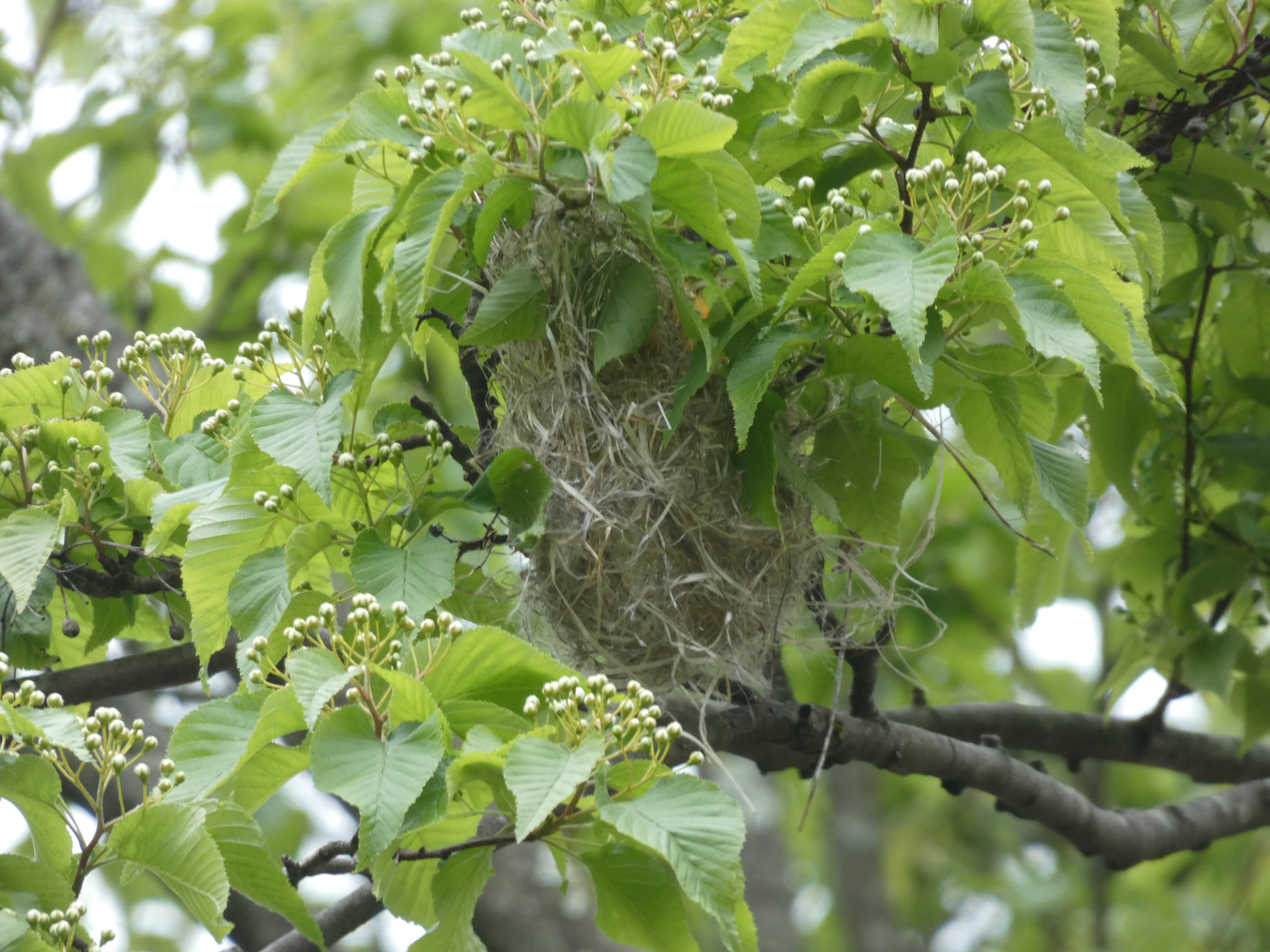 Tree Swallows were seen atop a nest box maintained by fellow birder and Arboretum staffer Brendan Keegan. And we saw robins perched on nests in several spots. 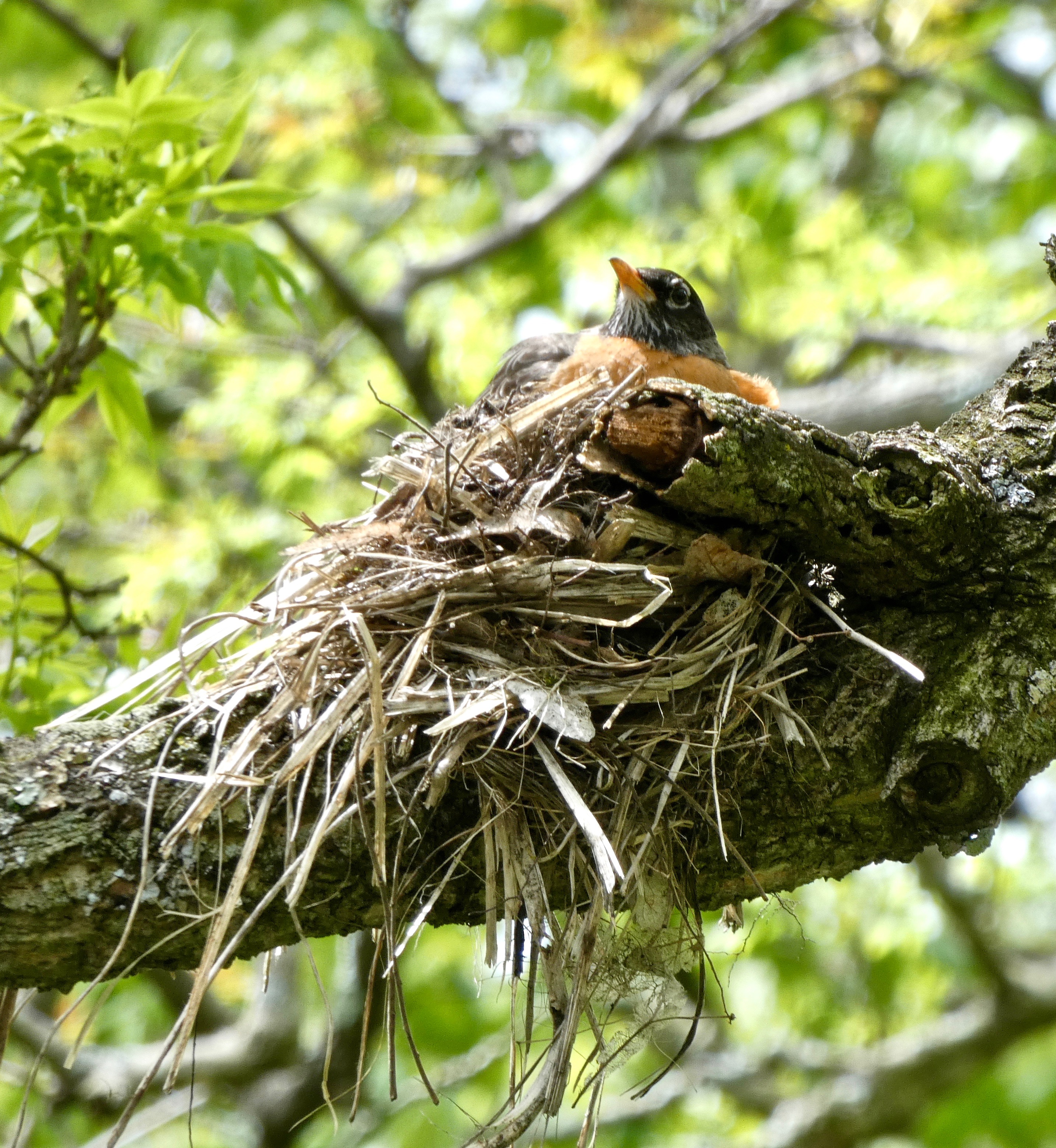 American Robin on a loosely built nest on an asian corktree.

Migrating warblers were present in small numbers but there was little song even though sun and slight wind seemed conducive for singing. We got pretty good looks at a Black and White Warbler: 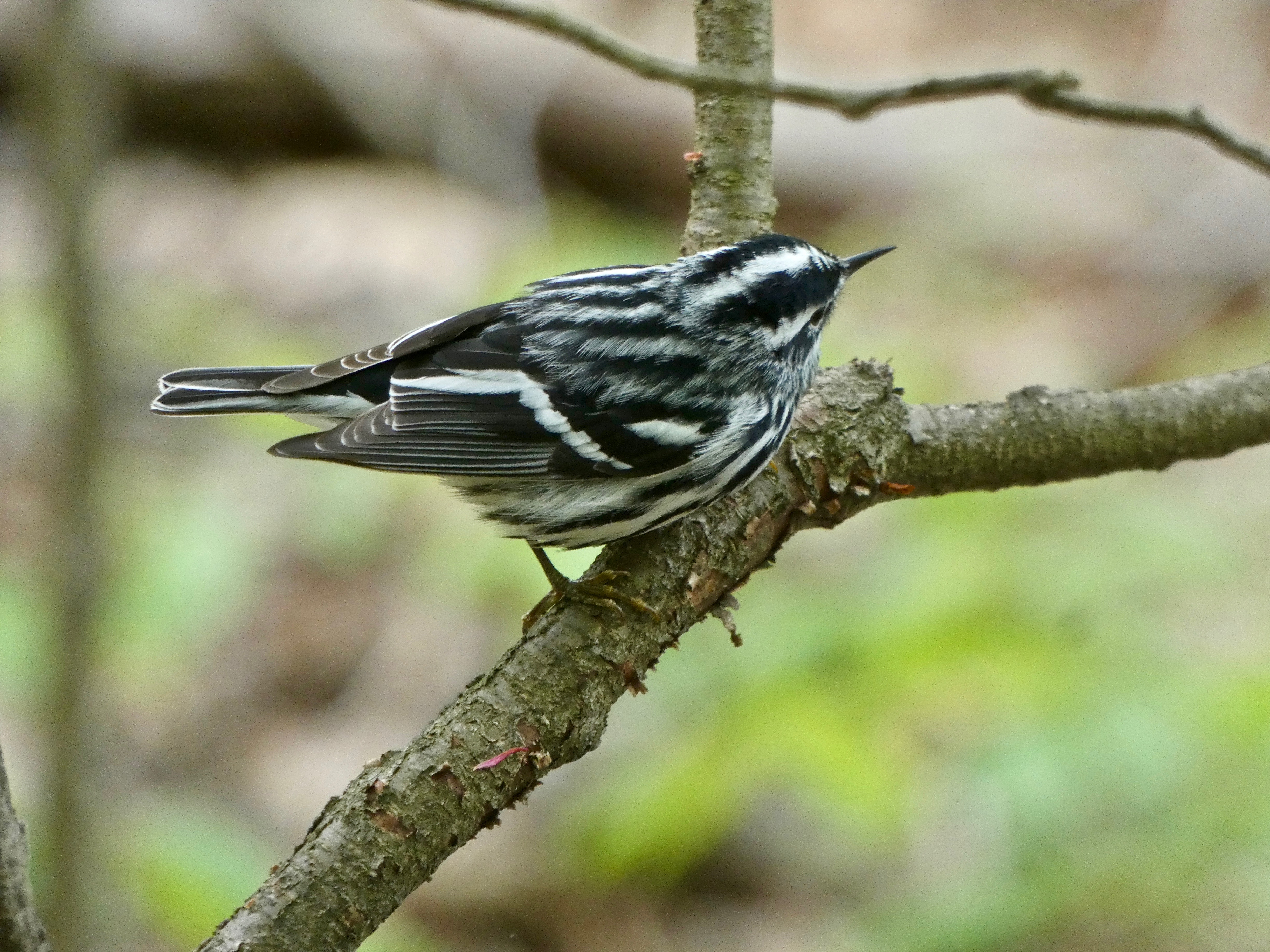 And Yellow Warblers were everywhere: 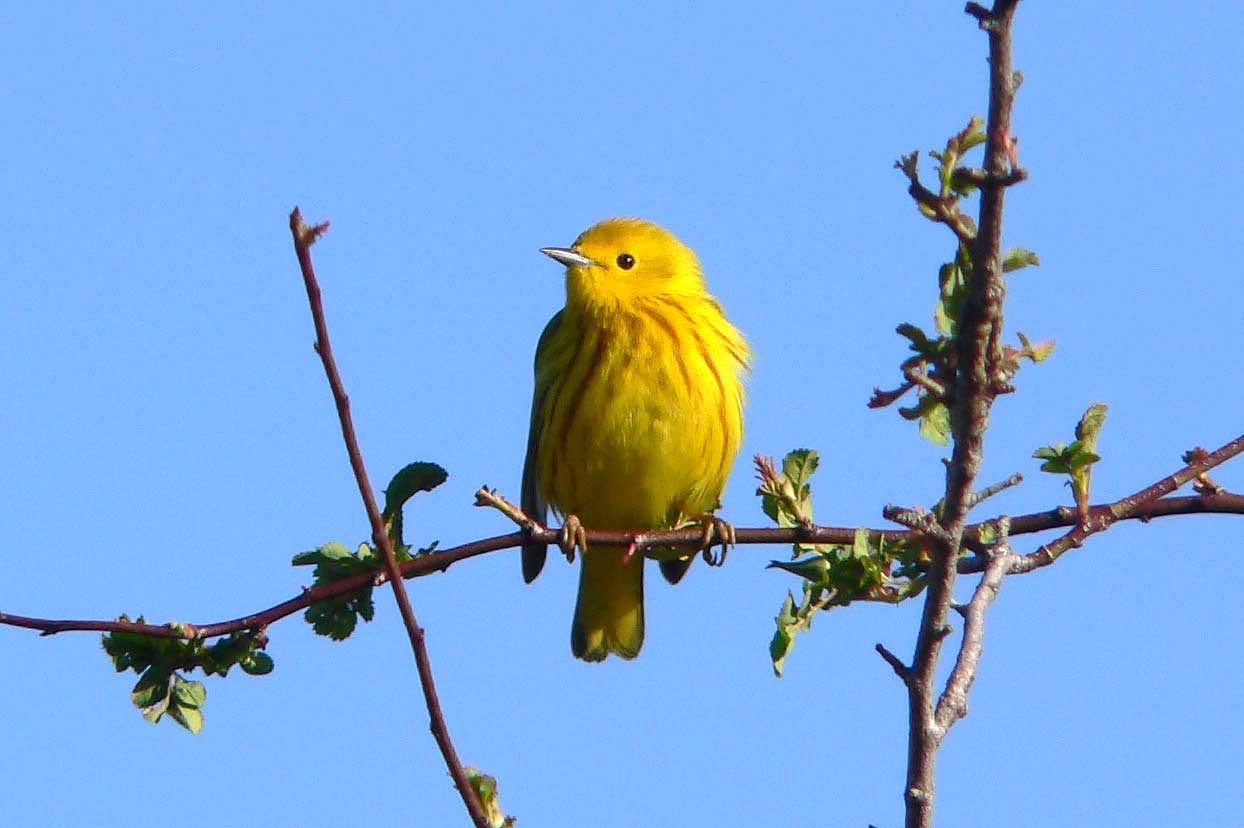 When there is a big turnout for my walks, like today, I feel bad when birds I see are missed by people far back on the trail. Today the tables were turned on me. As we moved to the top of Bussey Hill on a narrow trail I noticed many in the group had fallen behind. As they caught up, one said “Did you see the tanager?” I had missed the best bird of the walk! Our group’s photographer got a pic: 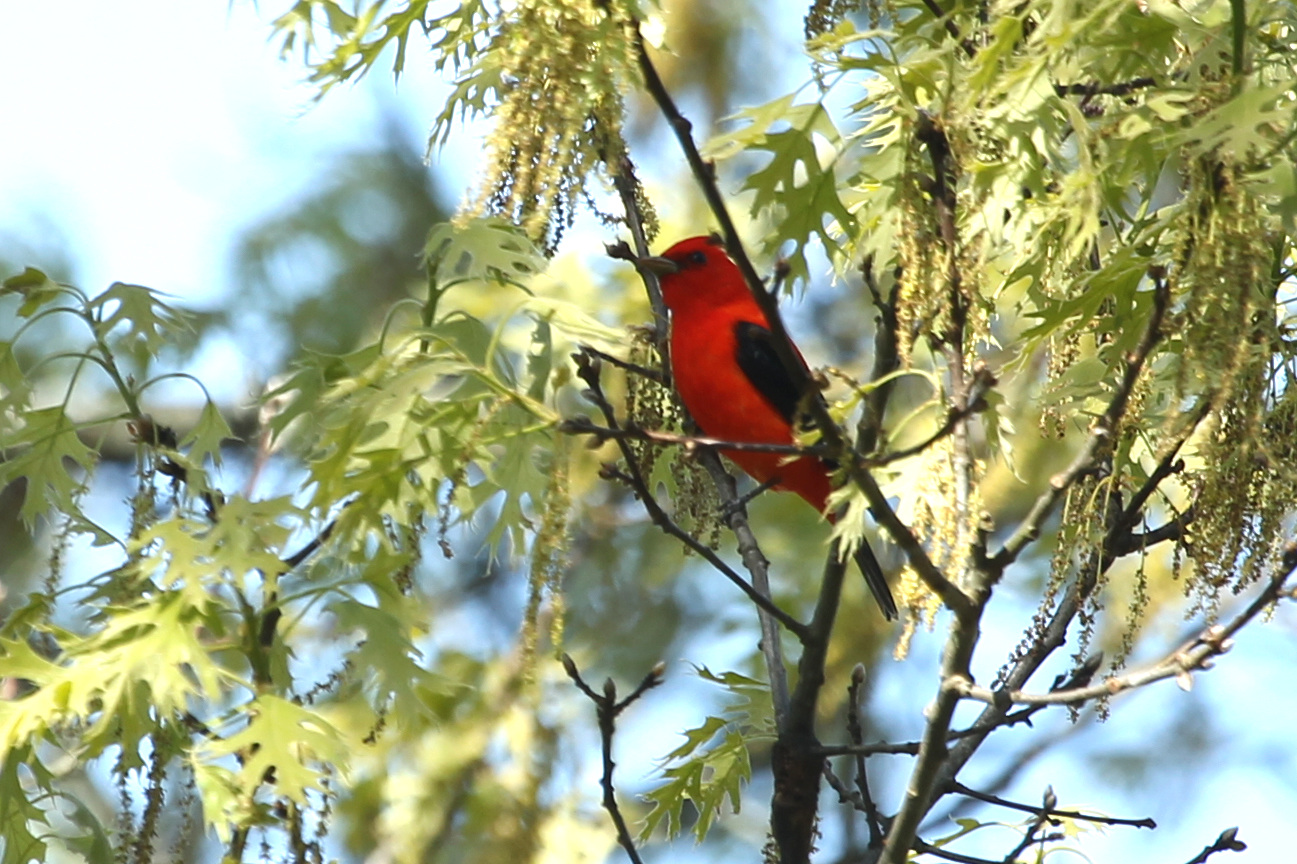 View this checklist online at https://ebird.org/view/checklist/S56456663

This report was generated automatically by eBird v3 (https://ebird.org/home)

A small and enthusiastic group of birders joined in an easy walk along Blackwell Path in the Bussey Brook Meadow section of the Arboretum this morning, the second sunny day in a row for a change. As we stood at the South Street Gate doing introductions we heard and saw a number of species; Red-bellied Woodpecker, a pair of cardinals, two species of warbler and Baltimore Orioles. The orioles were everywhere: 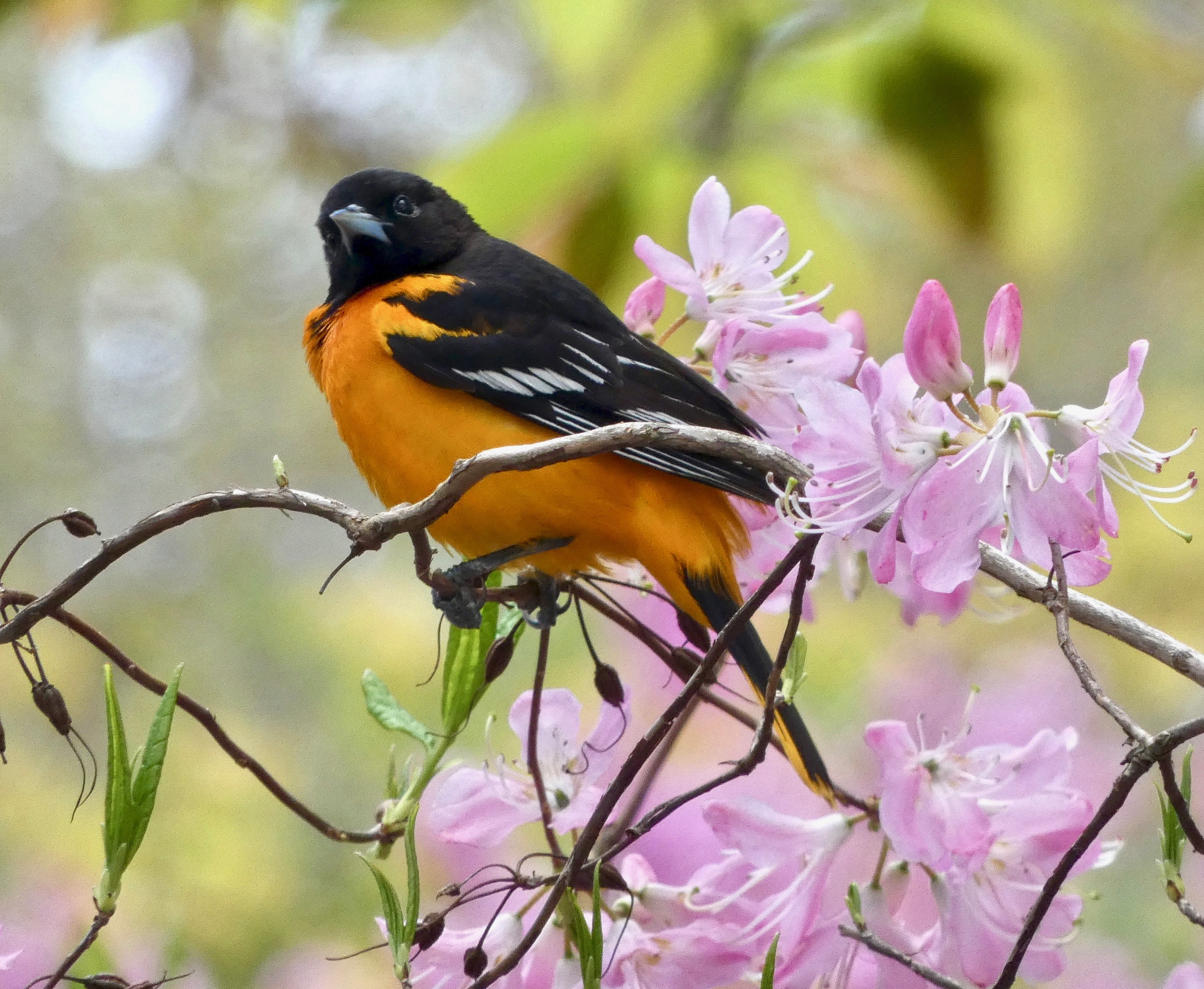 The rest of the walk was pretty quiet. I heard an American Redstart and later we saw the female. Nice looking, but the male is pretty good too: 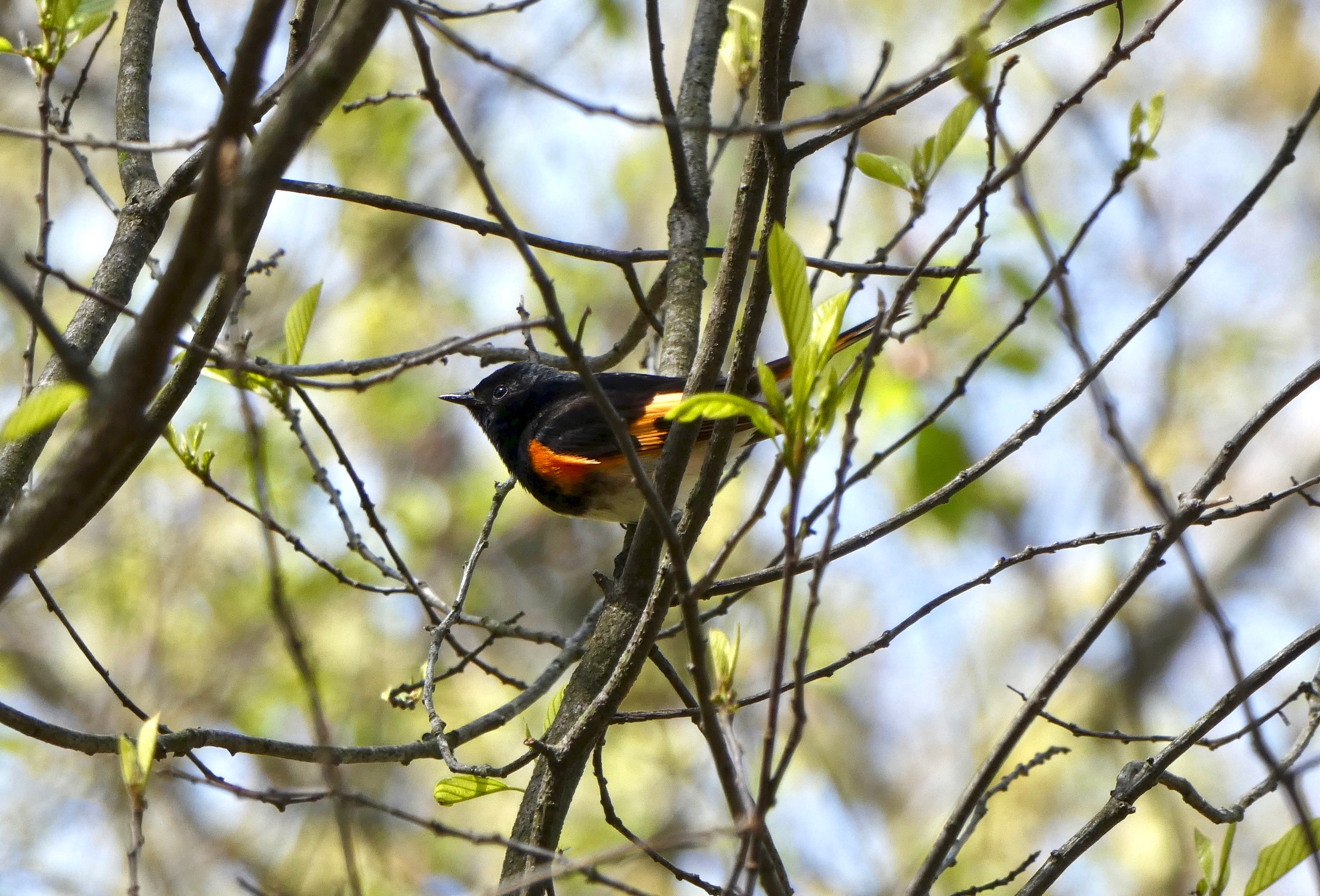 We watched a pair of Tree Swallows collecting nesting material and carrying it into a nest box: 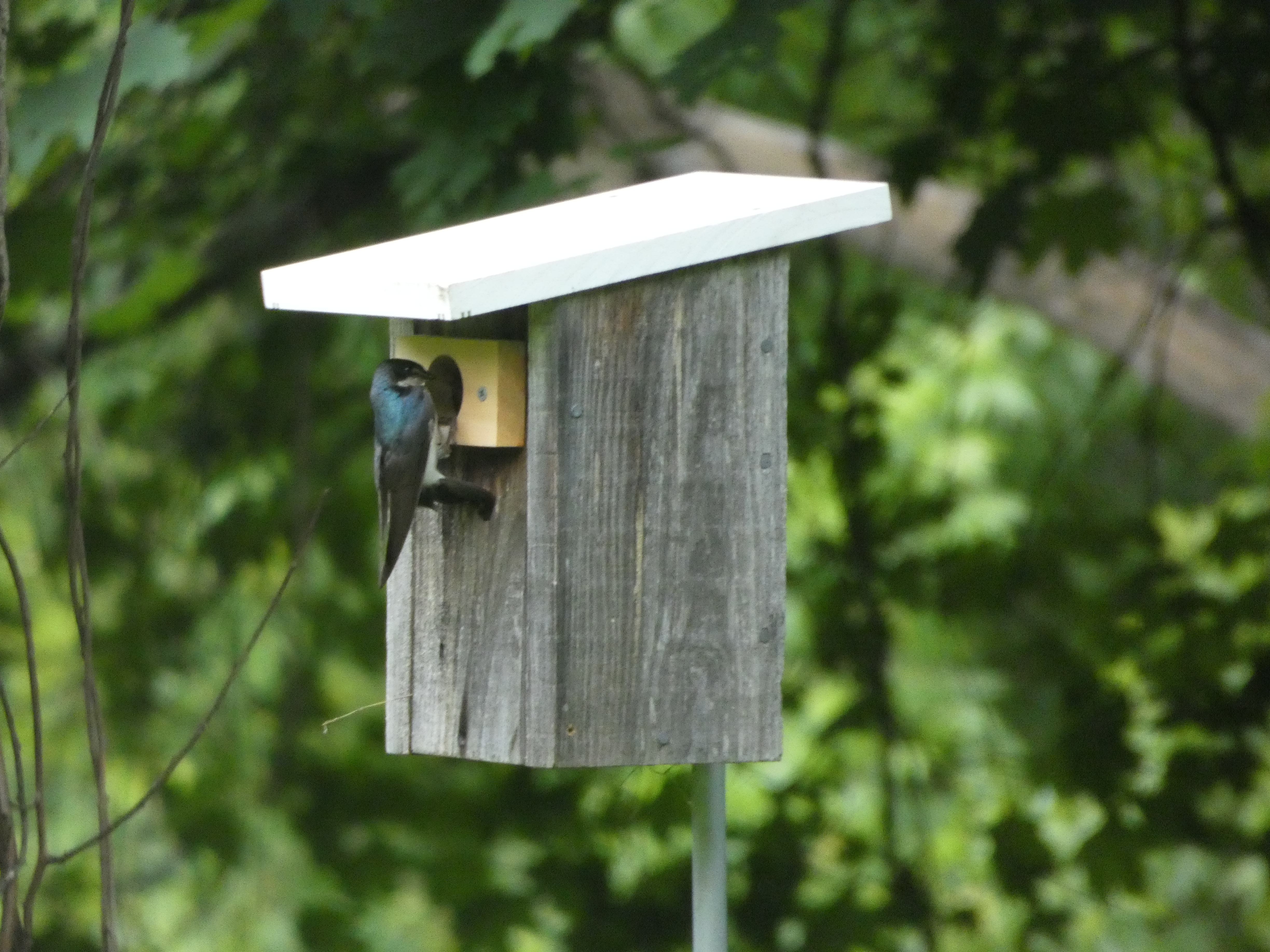 The swallows made several trips from some dead grass nearby to the box, preparing a nest

Swallows make a cozy nest of grasses lined with feathers they collect: 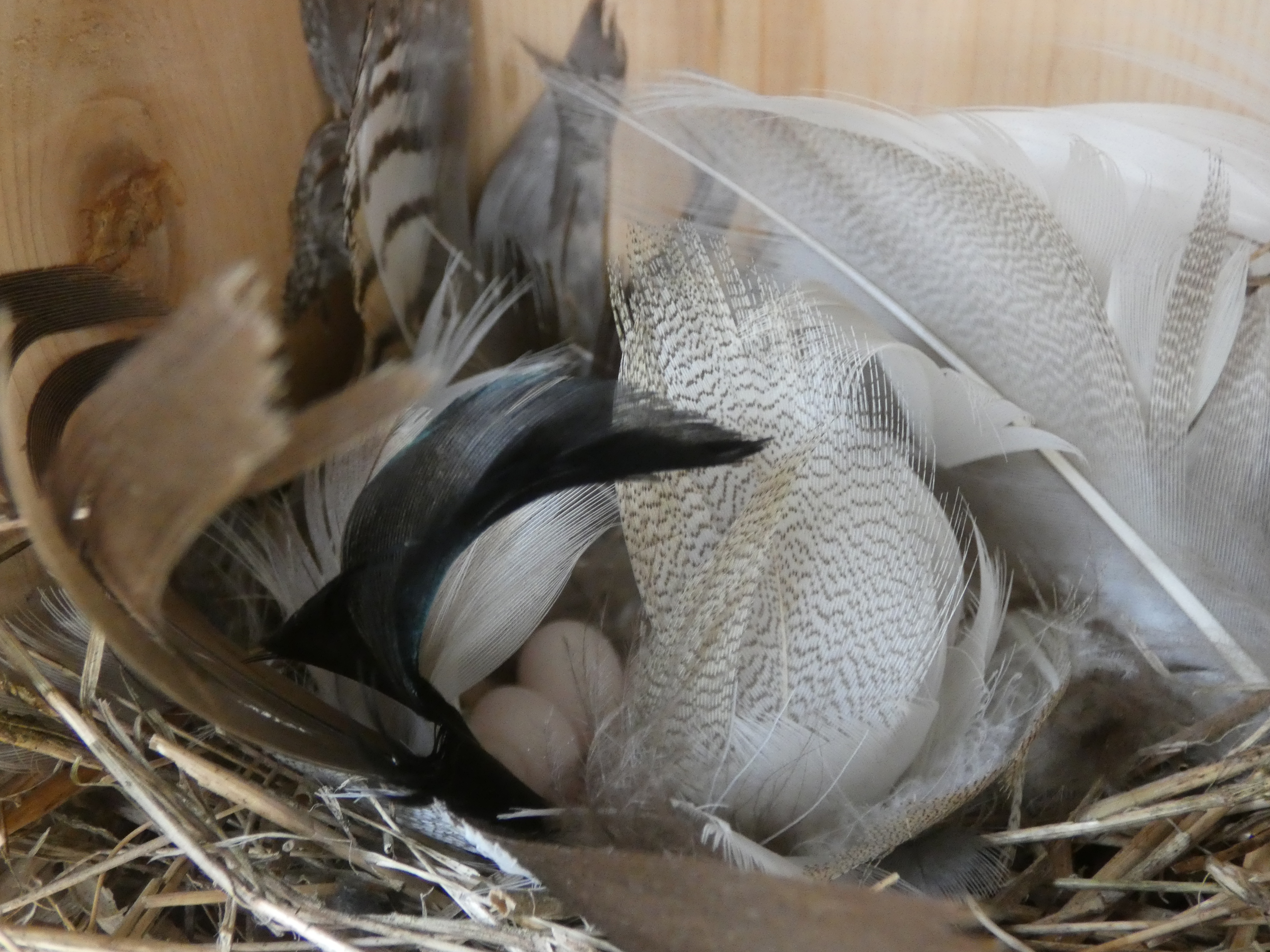 Look carefully to see at least two white eggs in this Tree Swallow nest in a nest box.

As we ended the walk I saw a bird we had been hearing singing earlier: 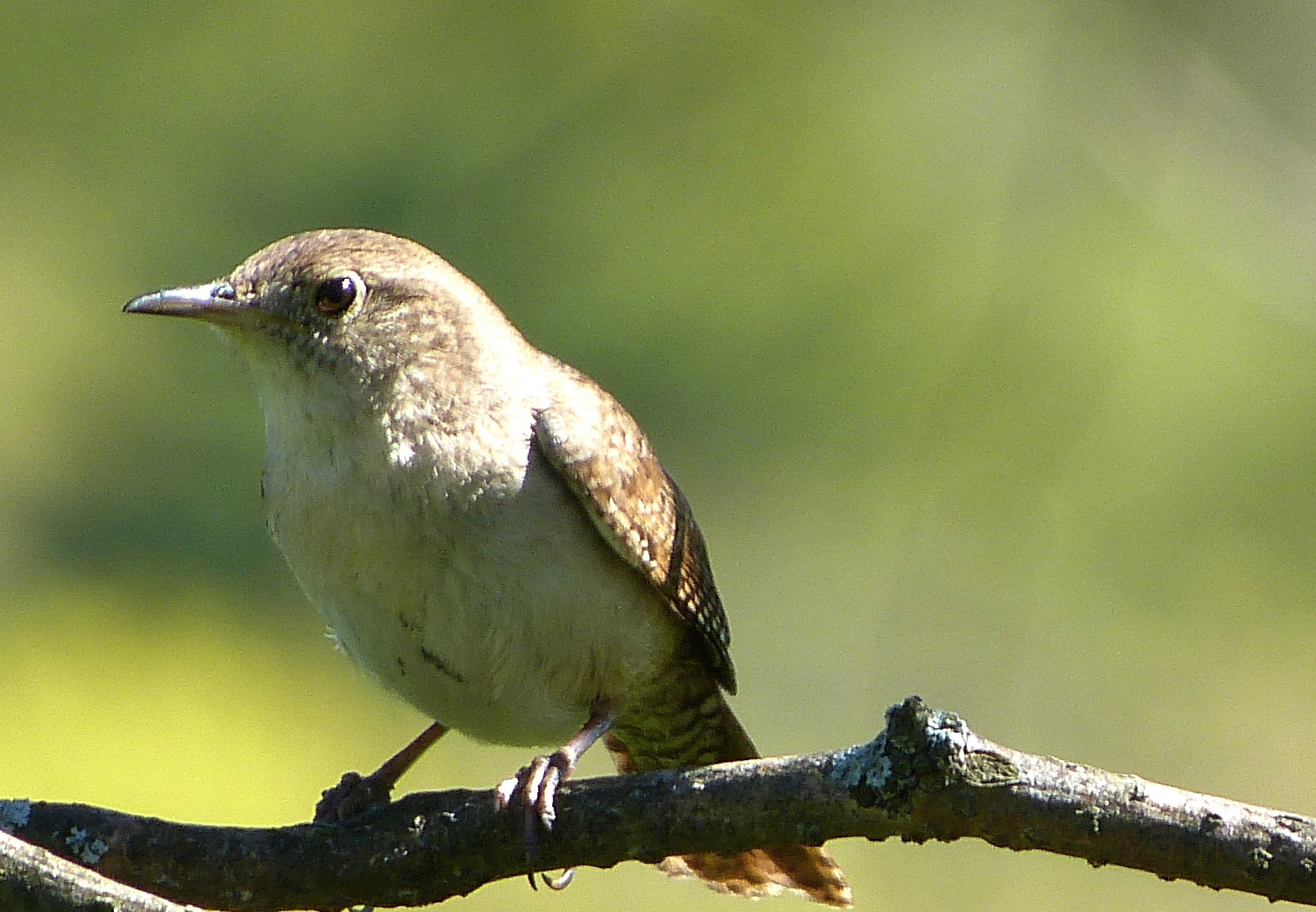 The House Wren I saw dove into the grass so most people didn’t see it.

Finally we toured the area that will be the location of the eastern end of a walking/biking path that will connect Roslindale with the Forest Hills MBTA Station, as well as the Southwest Corridor. A big push toward going green in Boston!

Here is our list of birds seen or heard on the walk:

View this checklist online at https://ebird.org/view/checklist/S56494173

This report was generated automatically by eBird v3 (https://ebird.org/home)

This was my last scheduled spring walk. Migrants will soon pass thru or settle down to quietly nest nearby. Let’s give them some peace and quiet while they raise their families.

It’s still not too late to donate to Bird-a-thon for the Boston Nature Center, Audubon’s urban wild. Here is the link to my page.

Thanks and Good Birding!