In my last post I promised a followup on the Pipevine Swallowtail caterpillars that the Arboretum staff and I had collected and placed in inclosures back in late July. Here is a shot of some of them in their last stage, or instar; 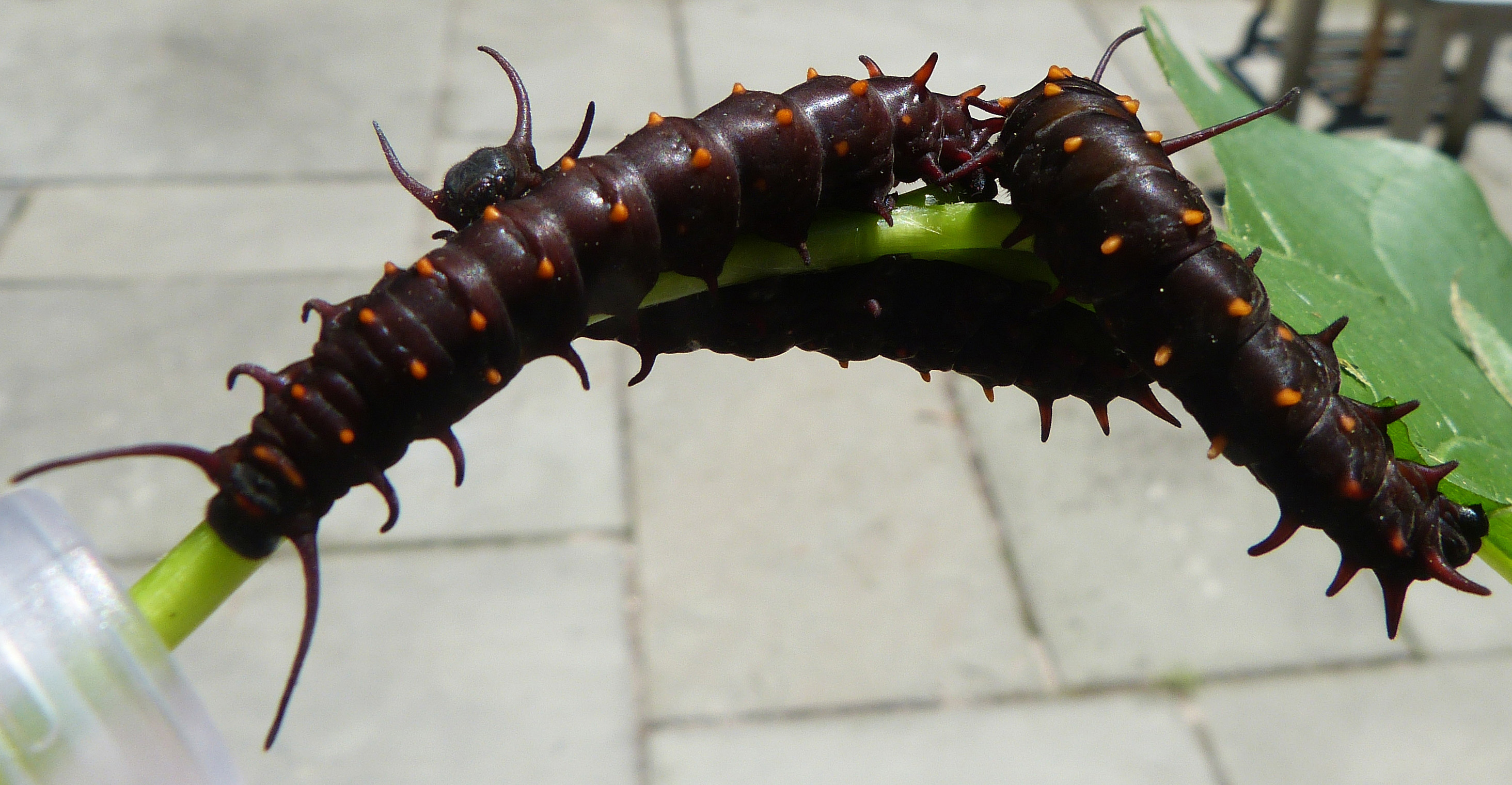 I went away for a brief vacation and when I returned six days later, all three of my cats had pupated and formed complex chrysalides: 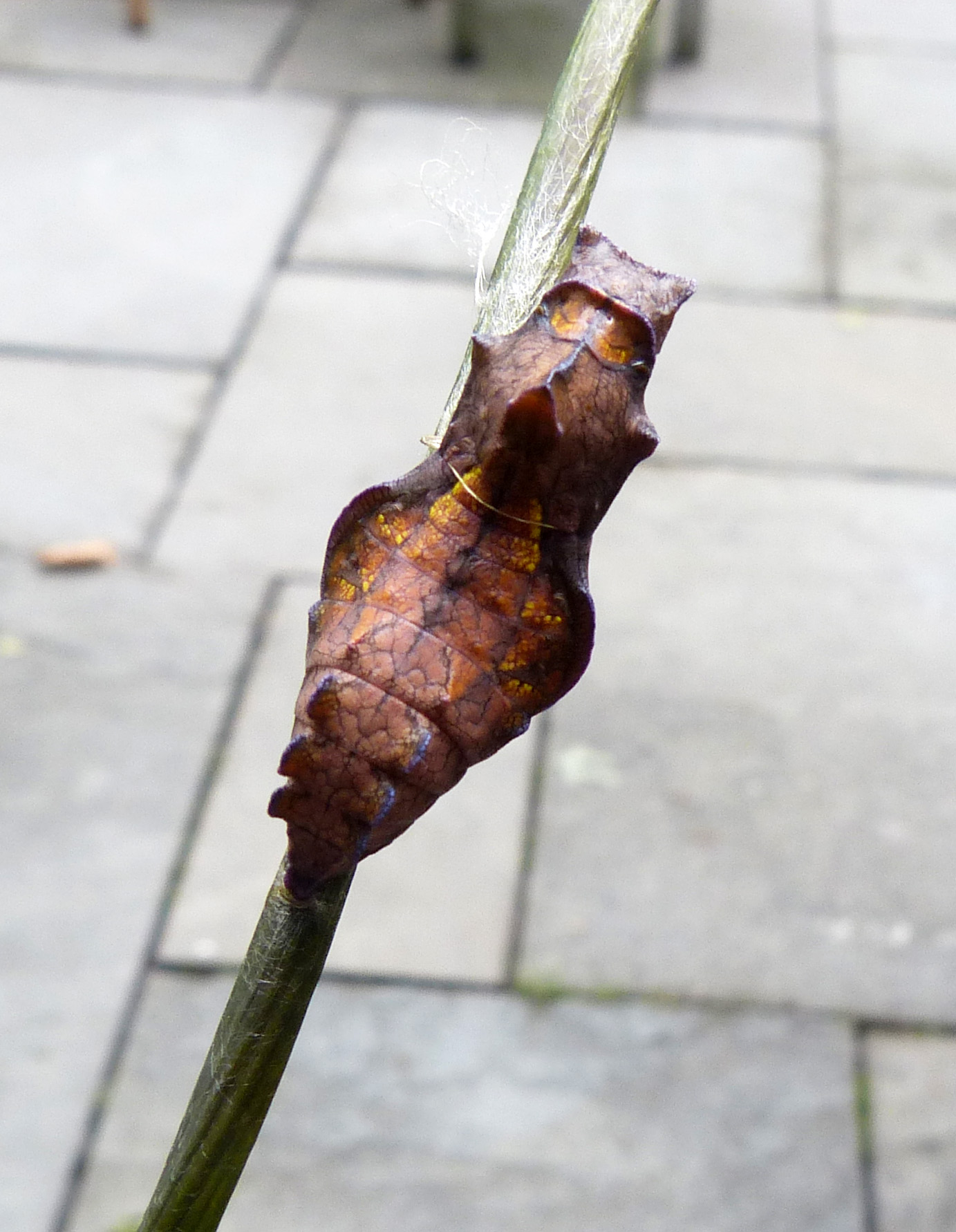 Dorsal view of one of the PV chrysalis attached to a vine stem. 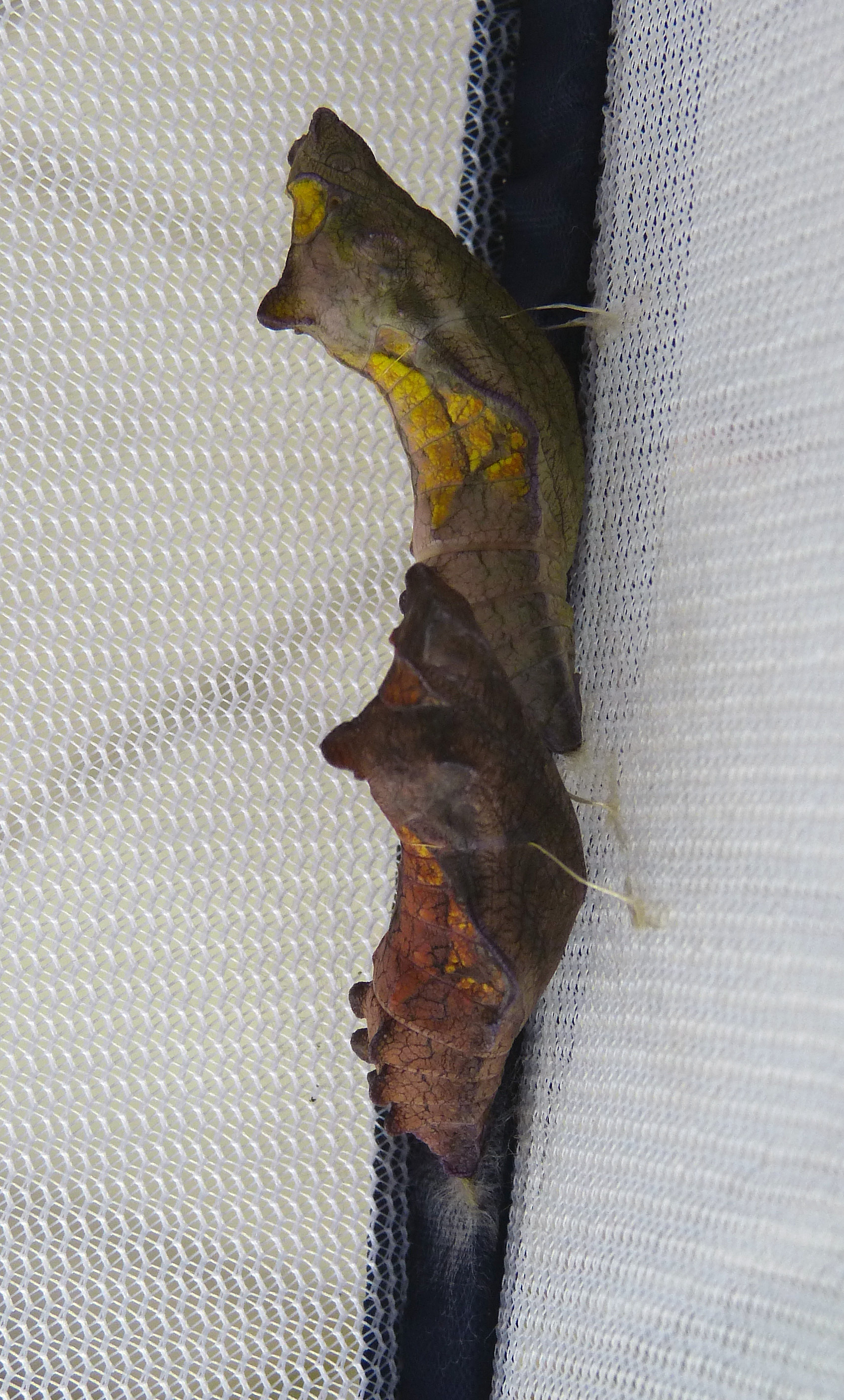 The other two chrysalides, seen sideways, attached to the wall of the inclosure.

I had missed the transformation!  When I went to the Visitor’s Center at the Arboretum I discovered that they had about 12 chrysalides in their inclosure as well.  Now the question was whether these pupae would remain as chrysalides and “over-winter” before becoming butterflies (enclosuring), or if they would convert this fall, probably in September.

In mid August I went on another weeks vacation and while there I got a message from the Arb that two of their chrysalides had eclosed.  Upon my return I went immediately to my little cage and found a lovely Pipevine Swallowtail butterfly anxious to escape: 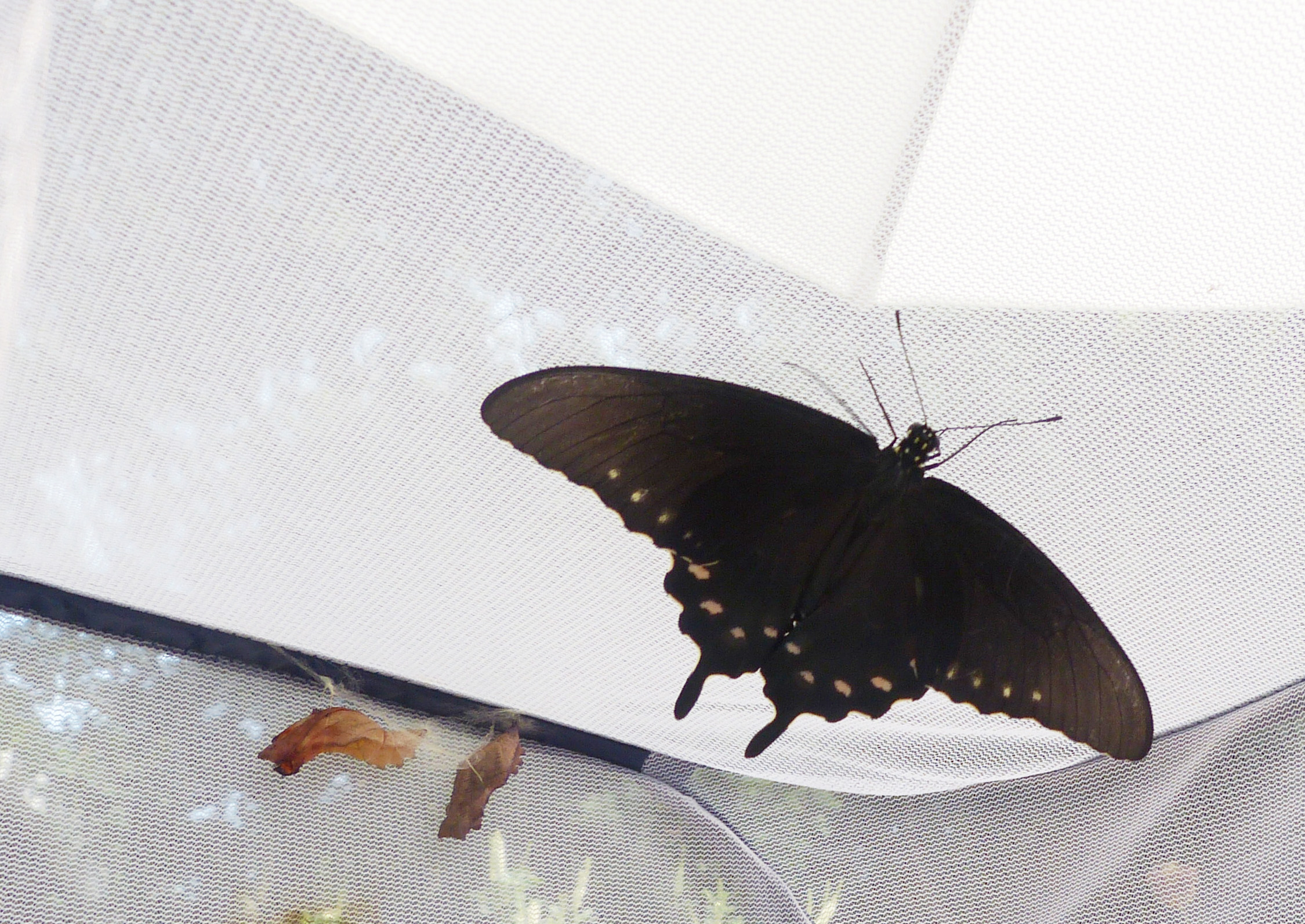 PV butterfly next to it’s empty chrysalis, left and an intact one on the right

Fifteen minutes later it was flying free in the Arboretum!

Over the next several weeks the “rare” Pipevine Swallowtail was being seen all over the grounds, as six of the Arb’s chrysalides had eclosed as well: 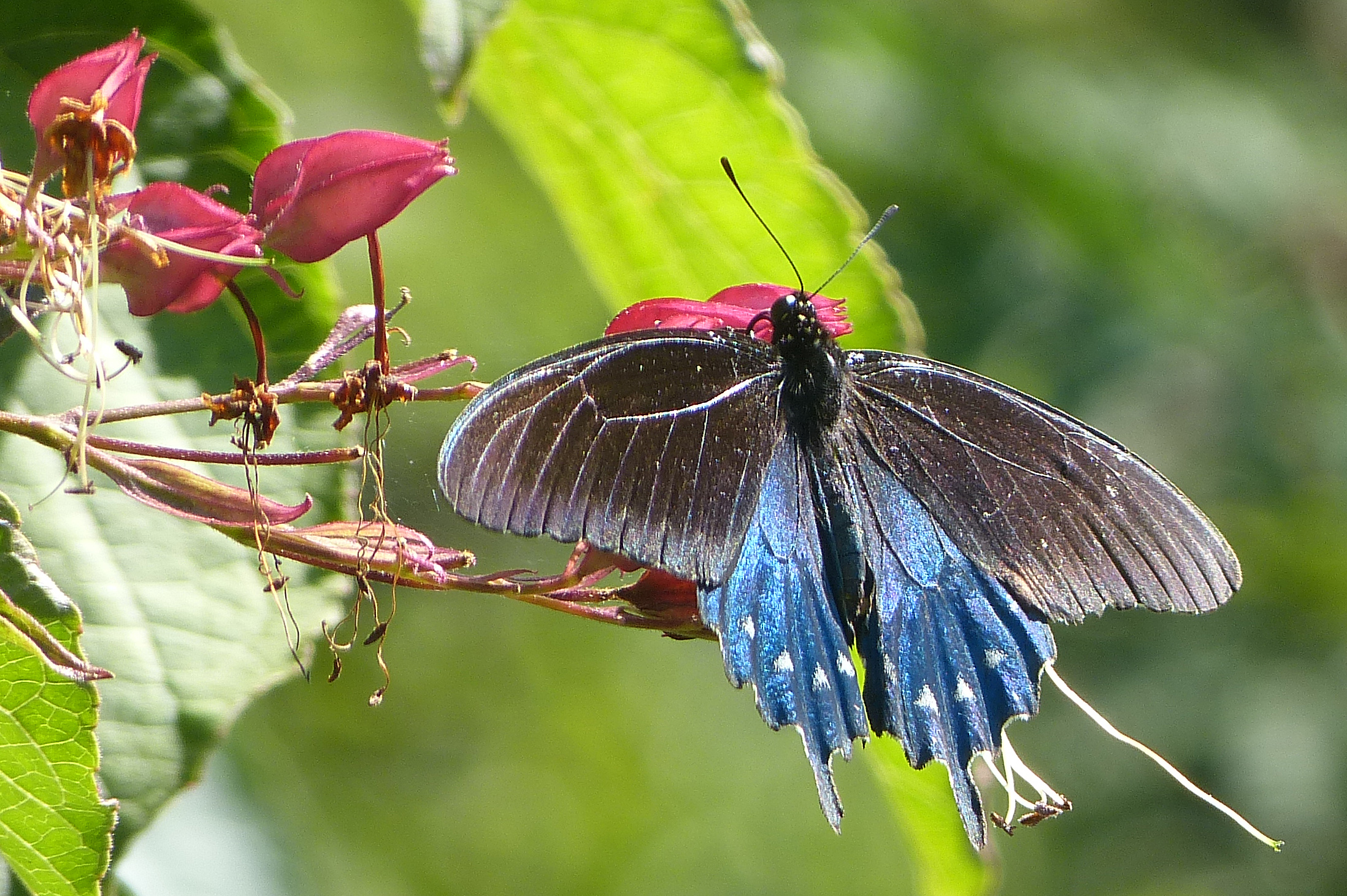 We were not able to determine if any of them had mated and laid eggs.  There are still eight chrysalides that have not eclosed and we will try to successfully hold them over the winter in a variety of settings- outdoors and exposed, outdoors but covered and protected and indoors in an unheated environment- and await the coming of spring and hopefully another batch of butterflies for release.

On August 25 I had a swallowtail home run; all five species present in a grouping of the same flowering shrub, Harlequin Glorybower _Clerodendrum trichotomum.  _The Giant Swallowtail that has eluded me in Massachusetts finally appeared, just as the battery in my camera died!  I had to settle for a lousy shot of the lep on my old iPhone:

It has been a BIG butterfly summer.

But now it is time to turn our attention back to birds.  This beauty, captured on the same bushes with the butterflies, helped me make the switch: 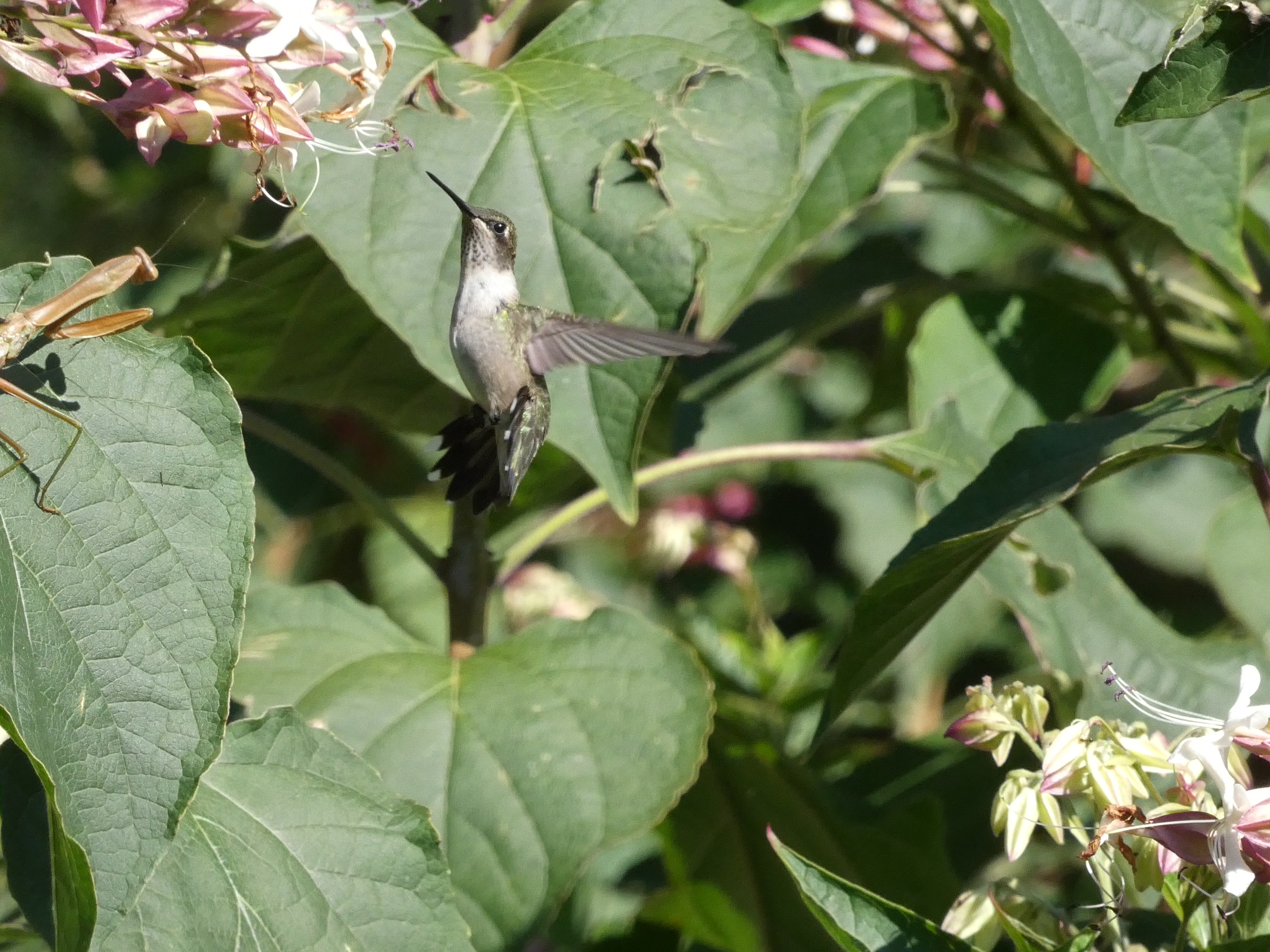 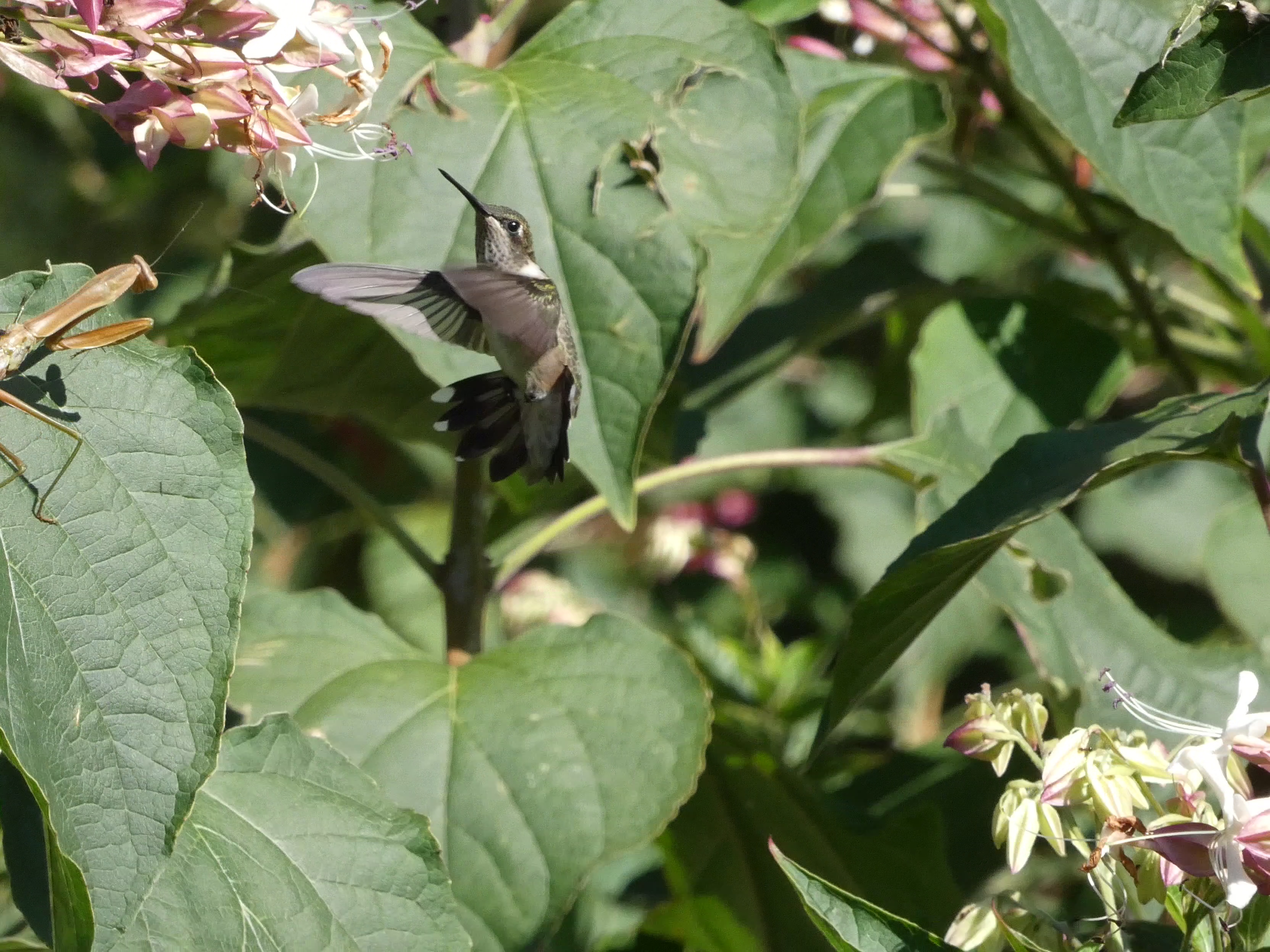 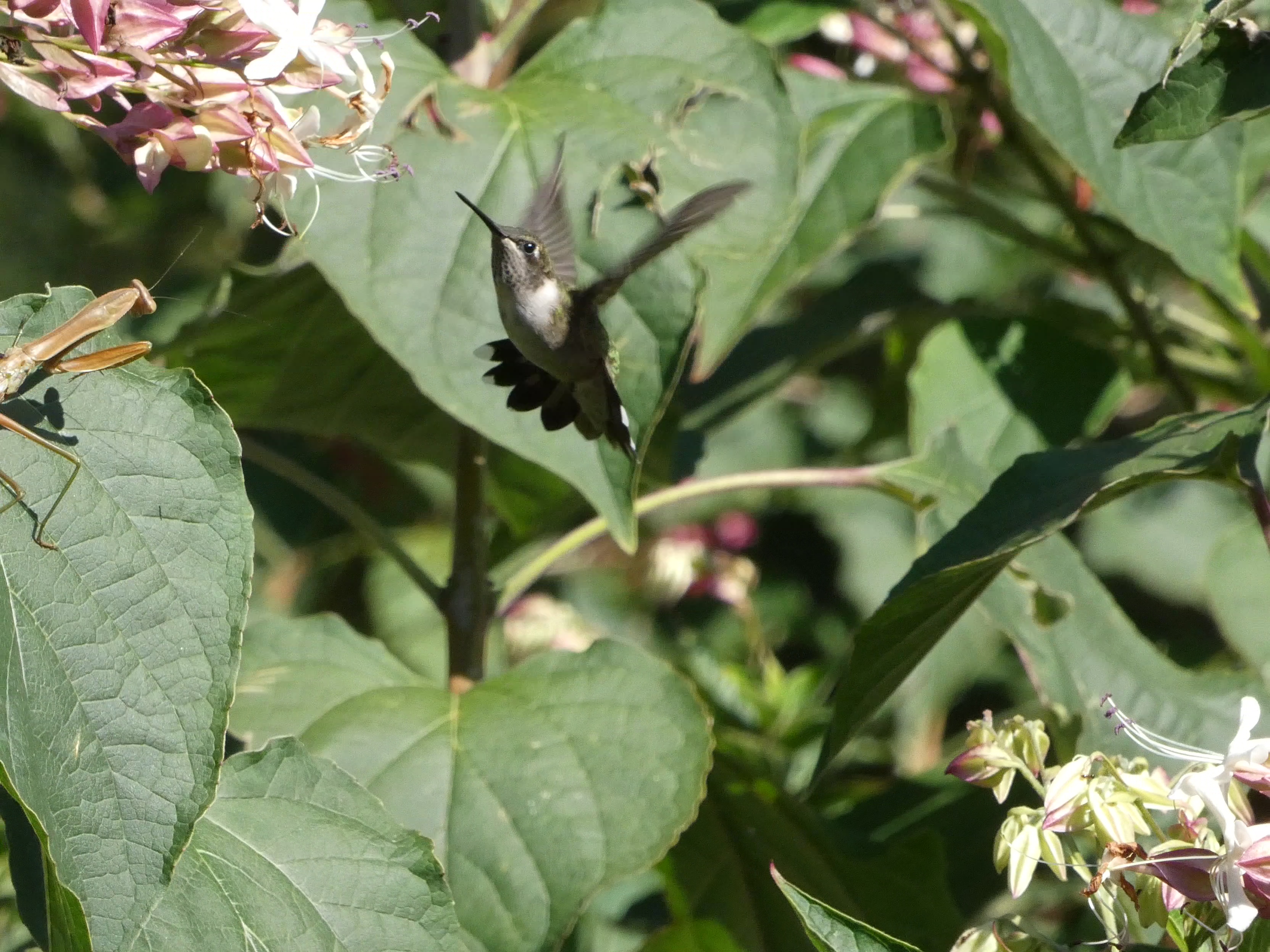 Unfortunately, hummingbirds are heading south right now so there won’t be any to be seen on my up-coming fall bird walks. But I’m hoping a few warblers or other late migrants might still be around.  Here are the dates:

Saturday 9/30 8AM starting from the Main Gate on the Arborway.

Saturday 10/14 8AM starting from the Peters Hill Gate on Bussey Street.