This morning 37 birders of all stripes joined me for a two hour early spring walk in the Arnold Arboretum. It was cloudy but otherwise perfect and we had some good birds and a lot of fun. The highlight of the walk was watching the newly arrived Baltimore Orioles jockeying for territory. At one point three males were standing off against one another, giving memorable looks. 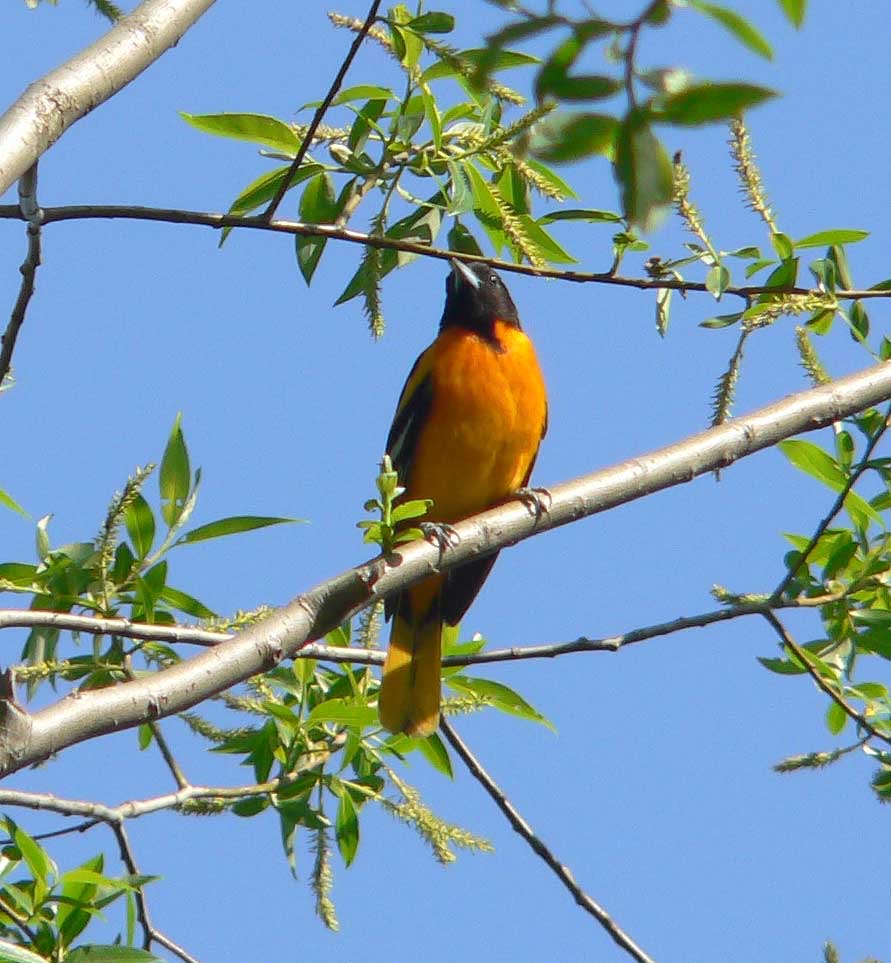 Early on someone spotted a couple of Cedar Waxwings but they flew off before others could get on them. A bit later a large flock came by and then everyone got to see these formally attired birds: 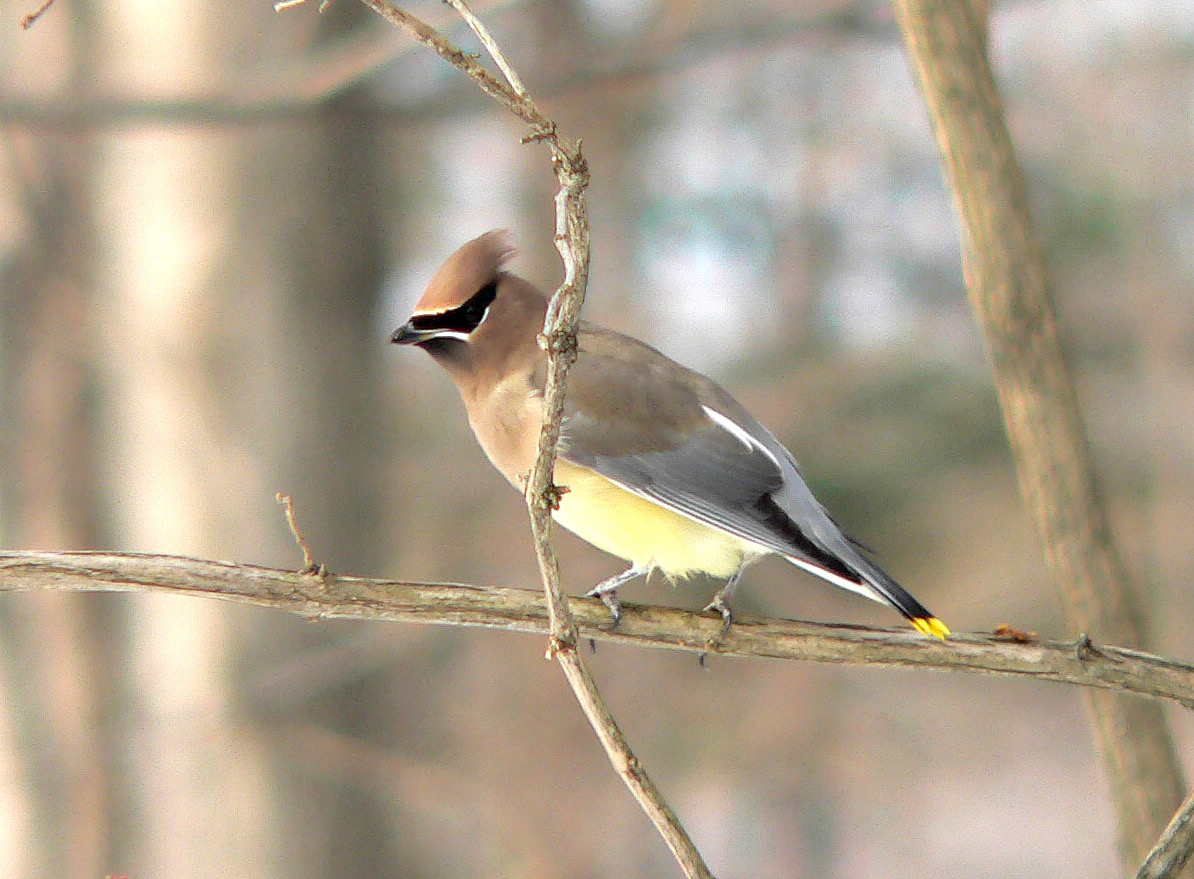 Migrating warblers were few and far between and we didn’t get good looks at any. The Yellow-rumped Warblers were high up; too bad as they can be so pretty: 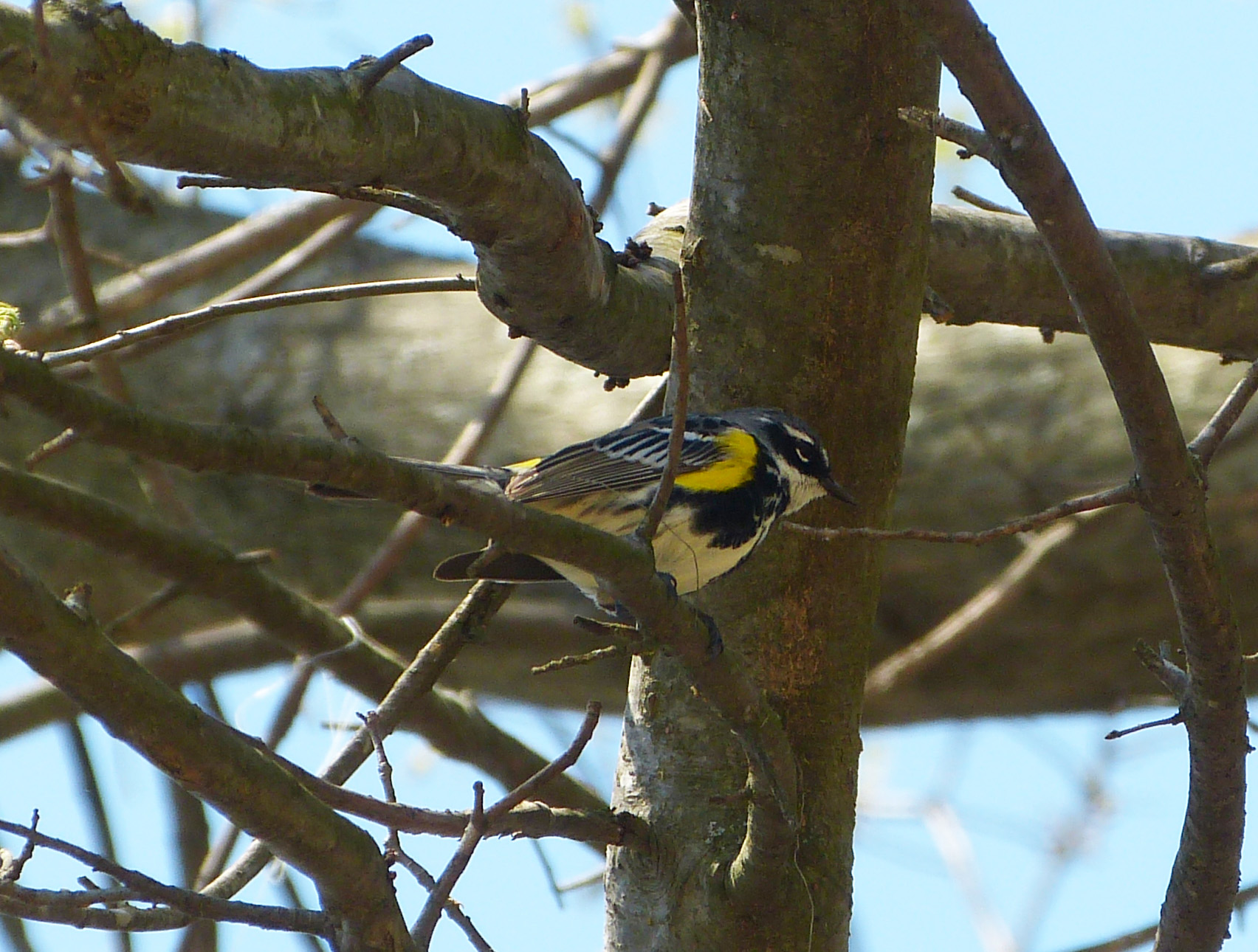 It was nice to get both species of nuthatch: 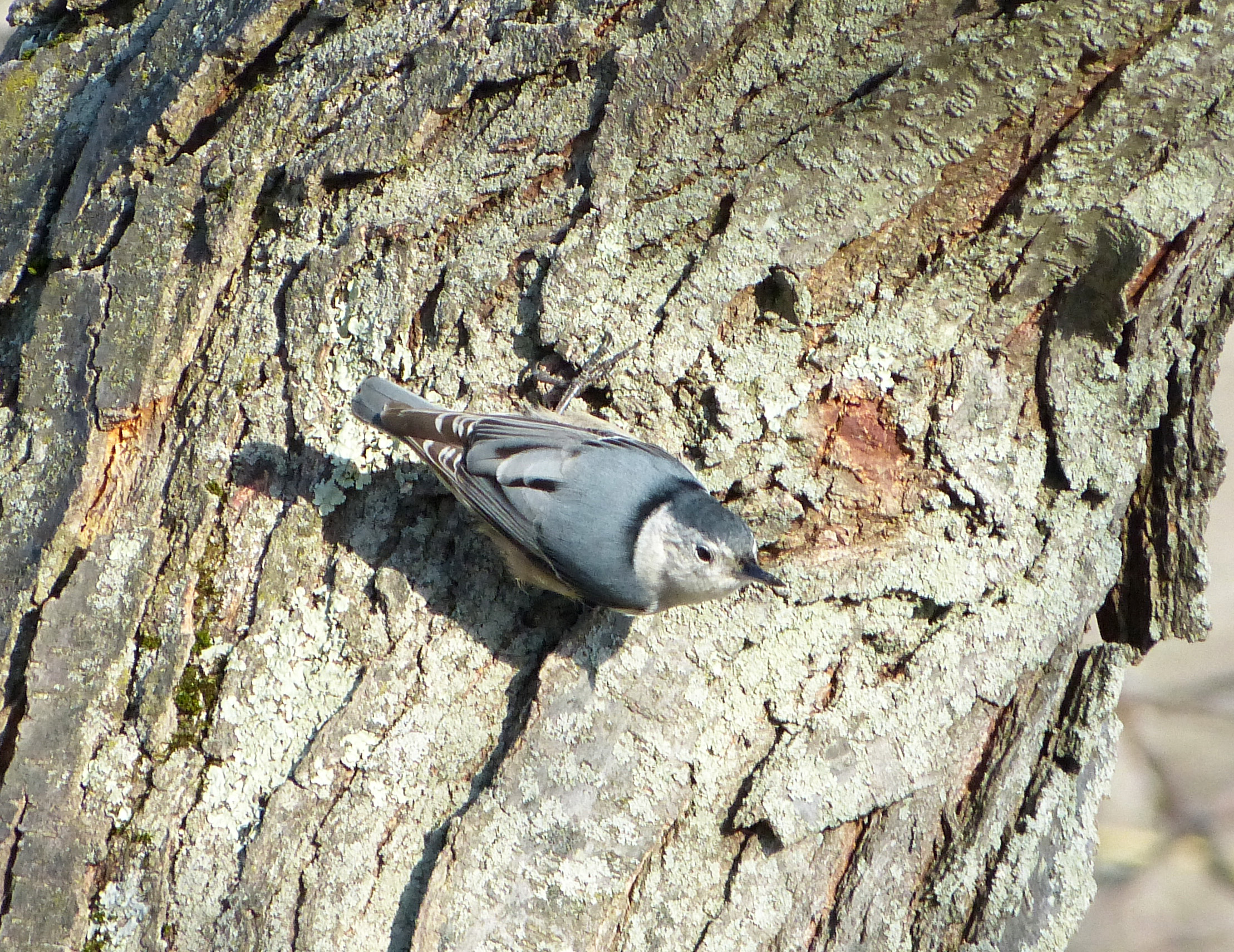 White-breasted Nuthatch in characteristic location on a tree trunk 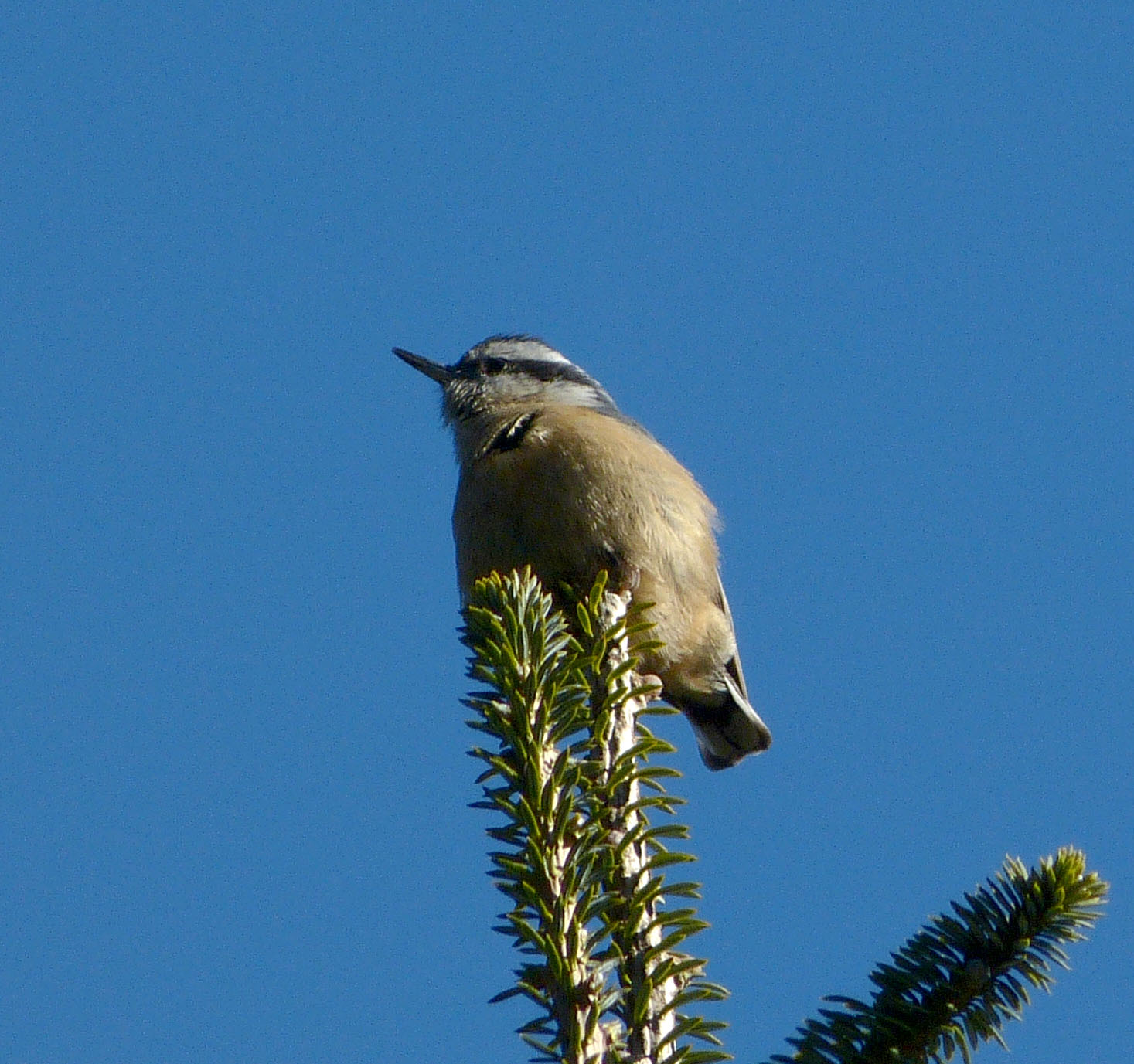 There were two of each together; hopefully that is a sign of breeding to come.

We had three sparrow species on the walk; least well seen was the Savannah: 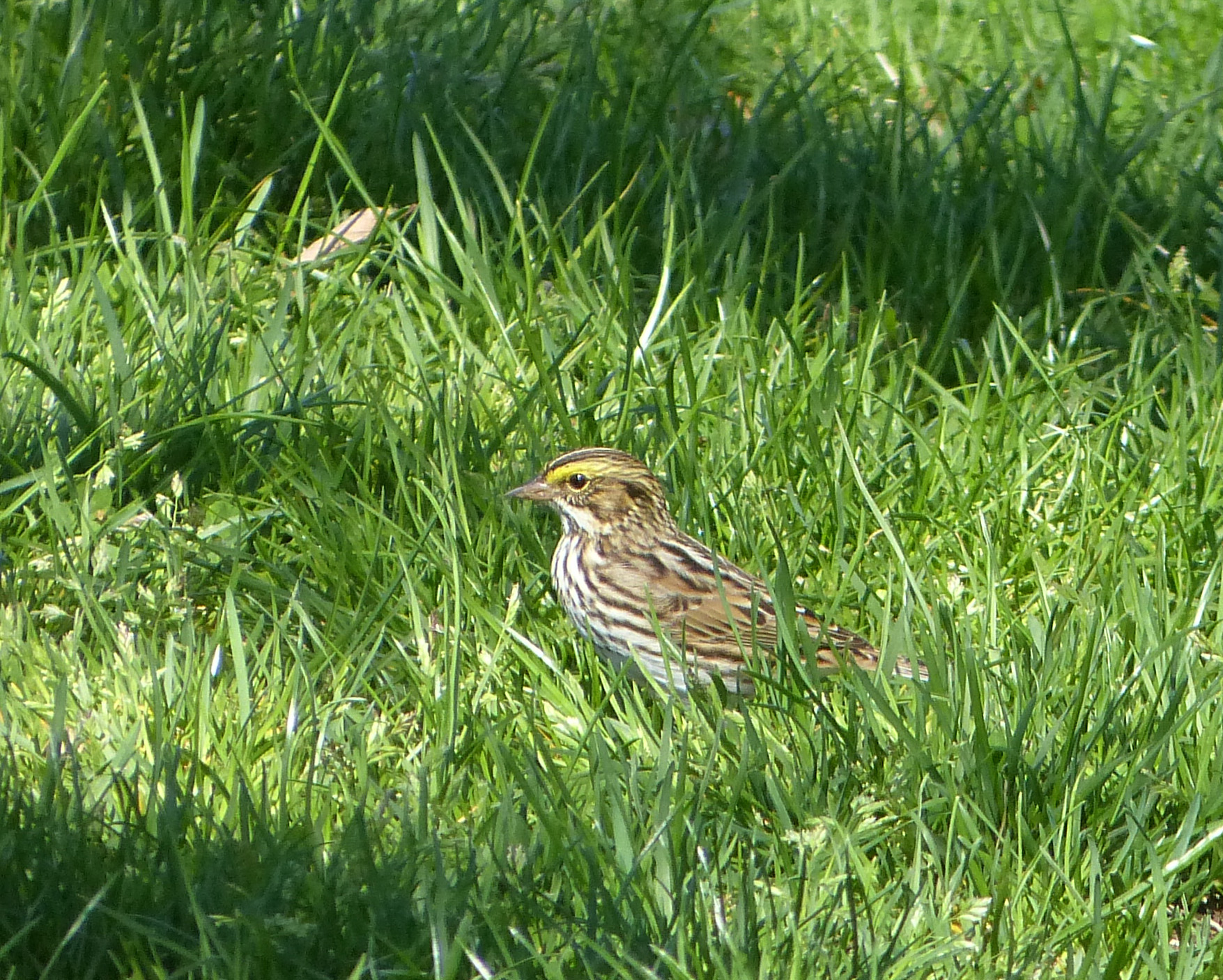 Red-winged Blackbirds were everywhere, the males showing off their red and yellow epaulettes. Many in the group were surprised at the strongly dimorphic (gender different) coloration of the recently arrived females: 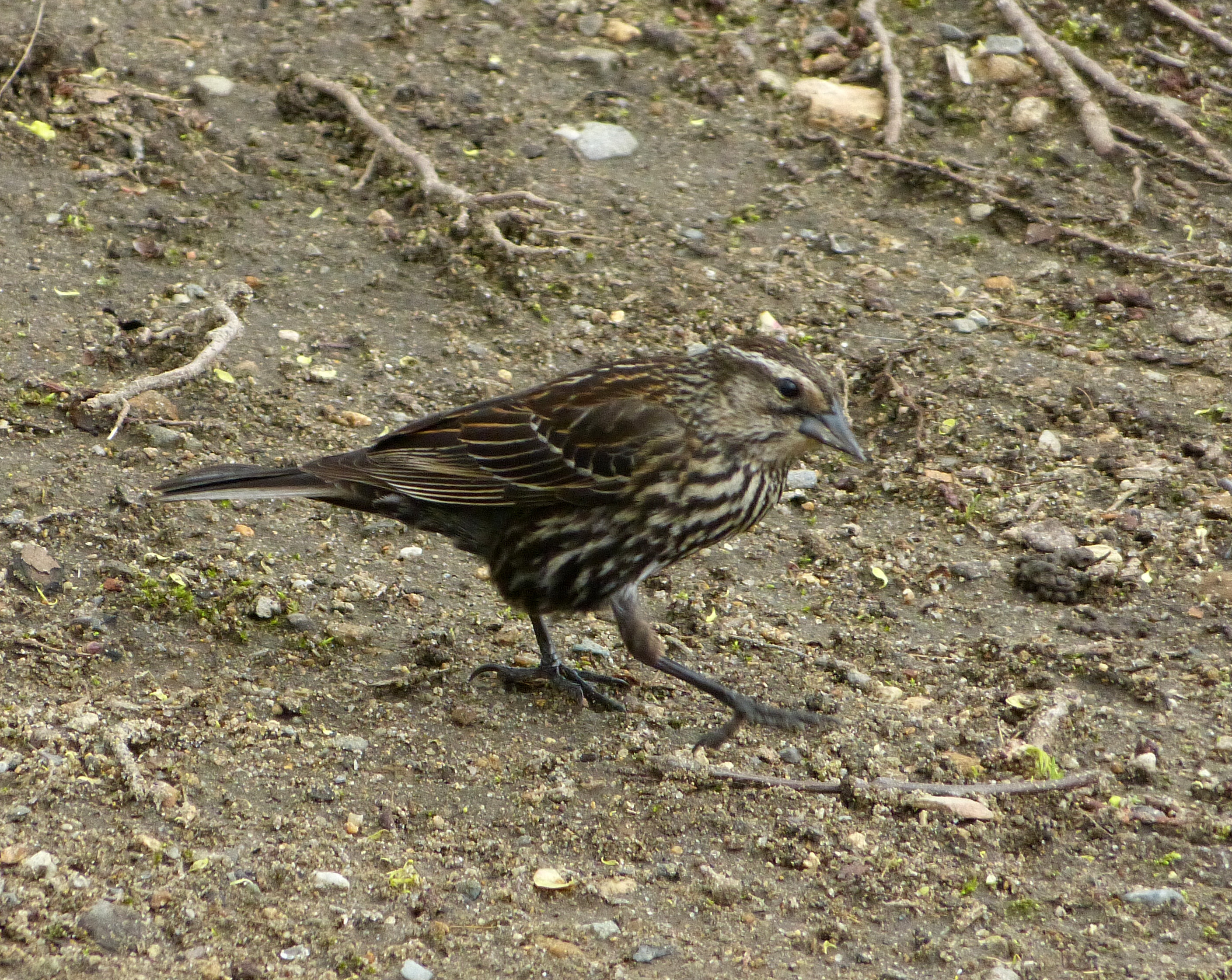 This drably colored and streaked female red-wing will be hard to see on nest.

We were hoping that the Arnold’s well-known and frequently seen Eastern Screech-owl would be visible in it’s hole when we reached the ponds, but were disappointed. One of the group had seen her on their way to the walk, and as it turned out several in the group got to see her after the walk ended. I took this image the day before: 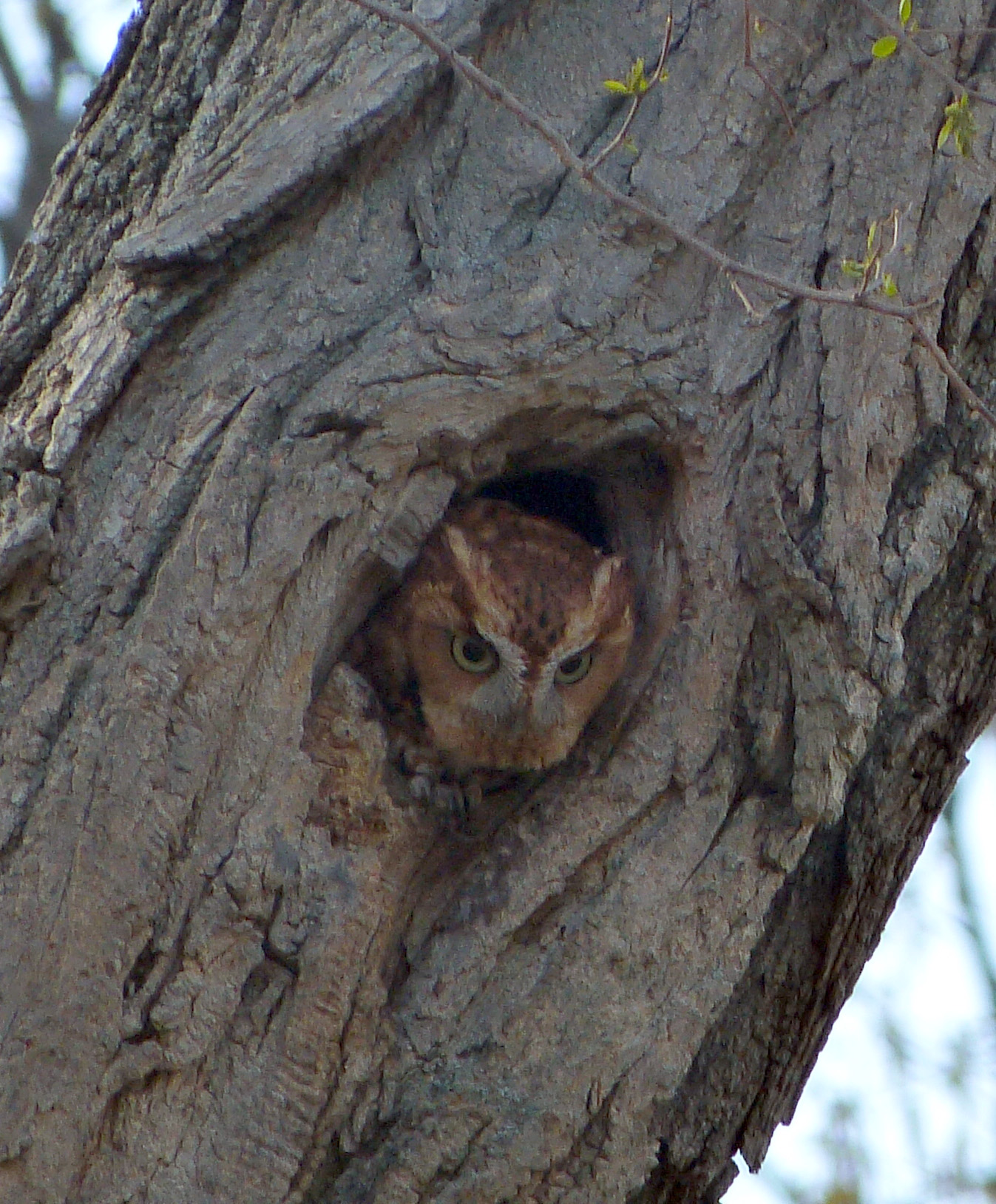 Since my last post about this owl there has been some interesting new information. Two competent birders witnessed the owl mating near the hole on several different days in late February, confirming it was a female. Then there were several weeks where the bird was not reported; I theorized that she had left the hole and gone elsewhere to make a nest. But now the owl, nicknamed “Screechy” by visitor staff, is being seen regularly. In past years a red morph screech frequented the hole in the winter but was never seen this far into spring. Could she be on eggs; now owlets? Or was it not a successful mating, and she is just hanging around in the roost hole feeling sorry for herself? Perhaps we will learn more as fledging time arrives, in mid to late May or early June.

View this checklist online at http://ebird.org/ebird/view/checklist/S36386906