On Saturday October 12, I led a walk with sixteen eager birders through Peters Hill and part of the Conifer Collection in the Arnold Arboretum. We started off with looks at two woodpecker species, including a juvenile Yellow-bellied Sapsucker. A nice bird, but not as striking as the adult male of this species: 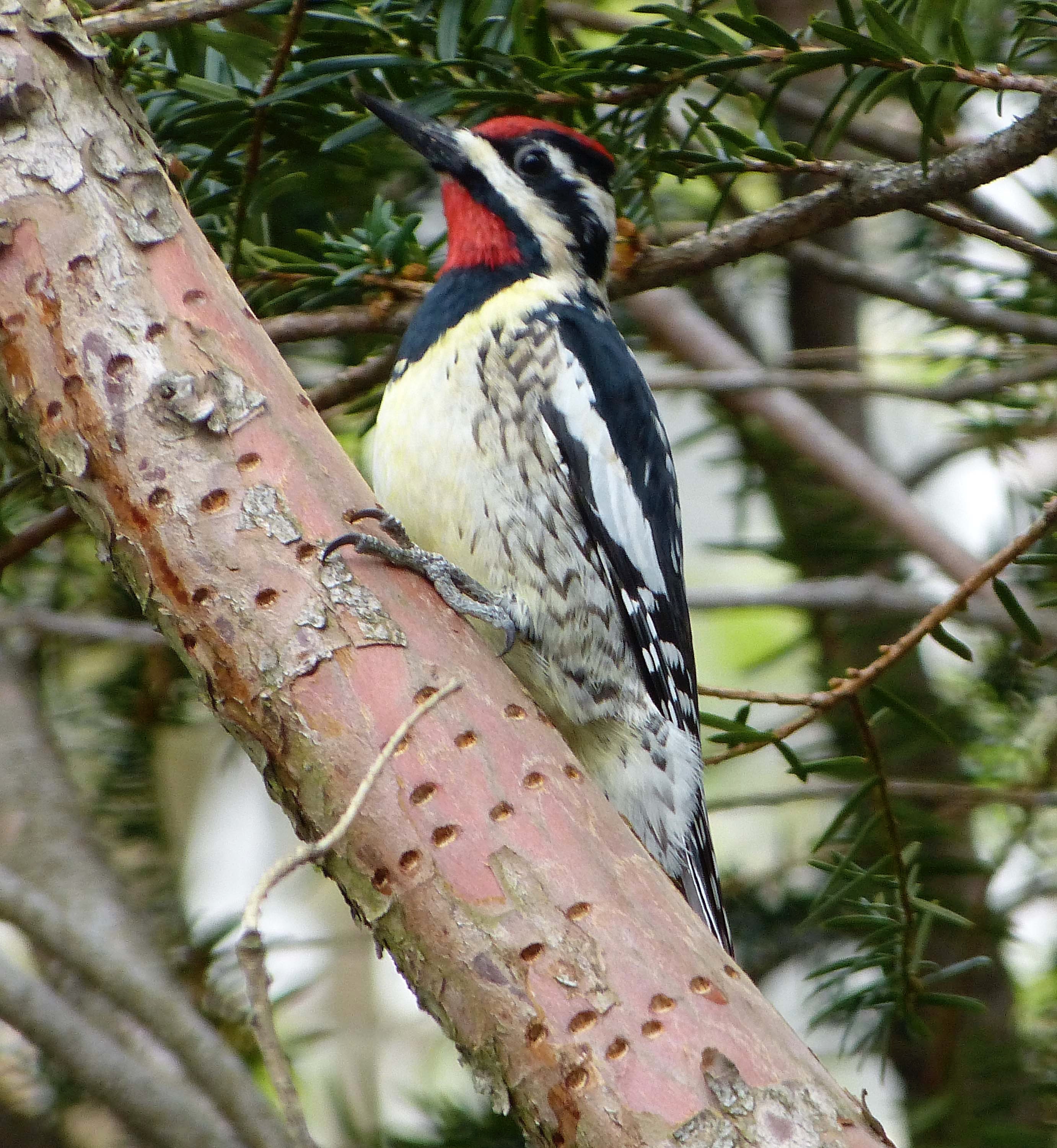 We also saw some other resident birds and heard a Carolina Wren calling below the Burial Grounds on the east side of the Hill. Off to a good start, we then moved into a long stretch with almost no birds. Thinking the wind was keeping the avian crew hunkered down, we went off into the conifers on the lee side of the hill. After some searching we finally got into some birds: 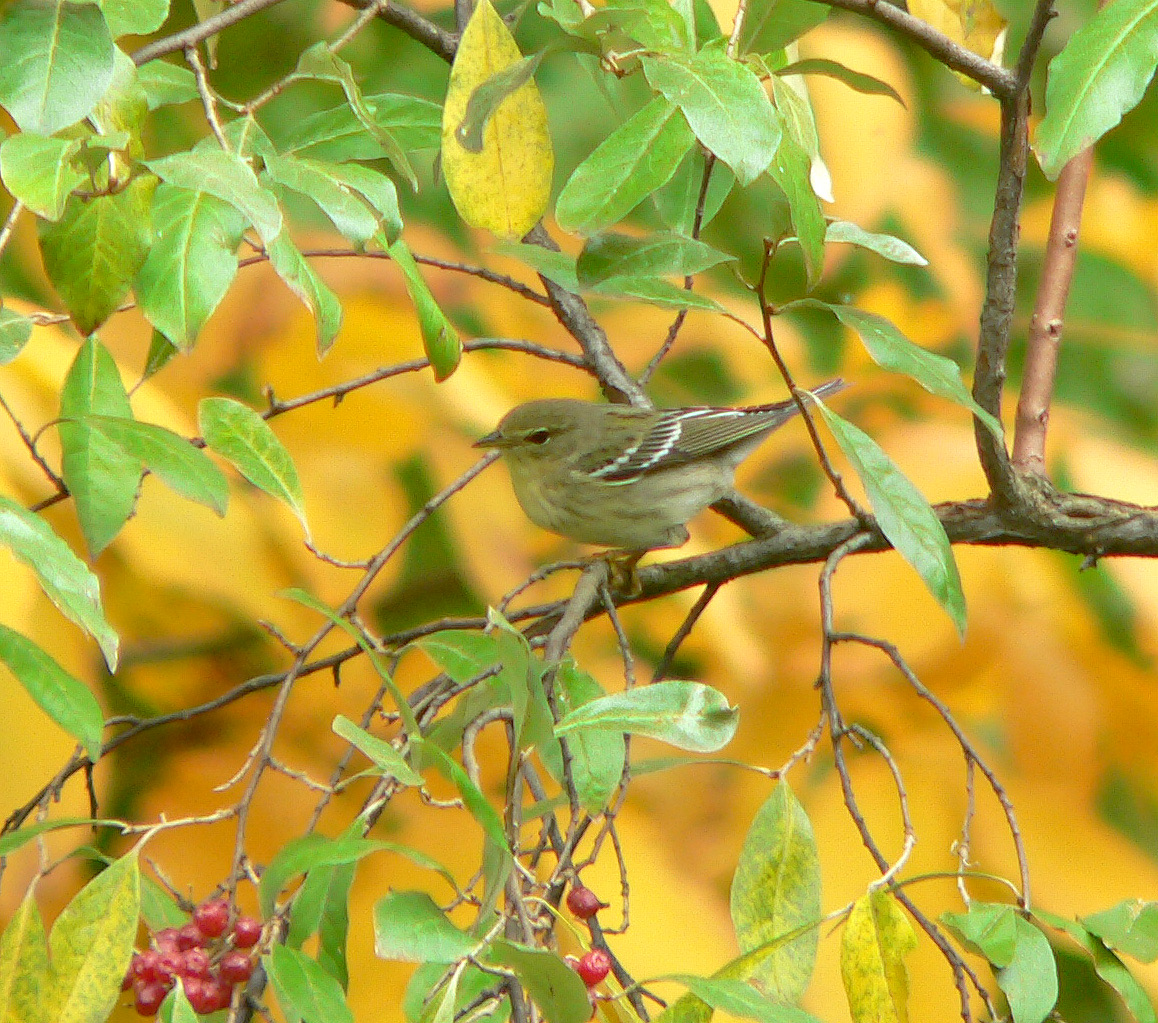 After seeing this common fall warbler as well as another- Yellow-rumped Warbler- we had some brief looks at some Cedar Waxwings before they flew out: 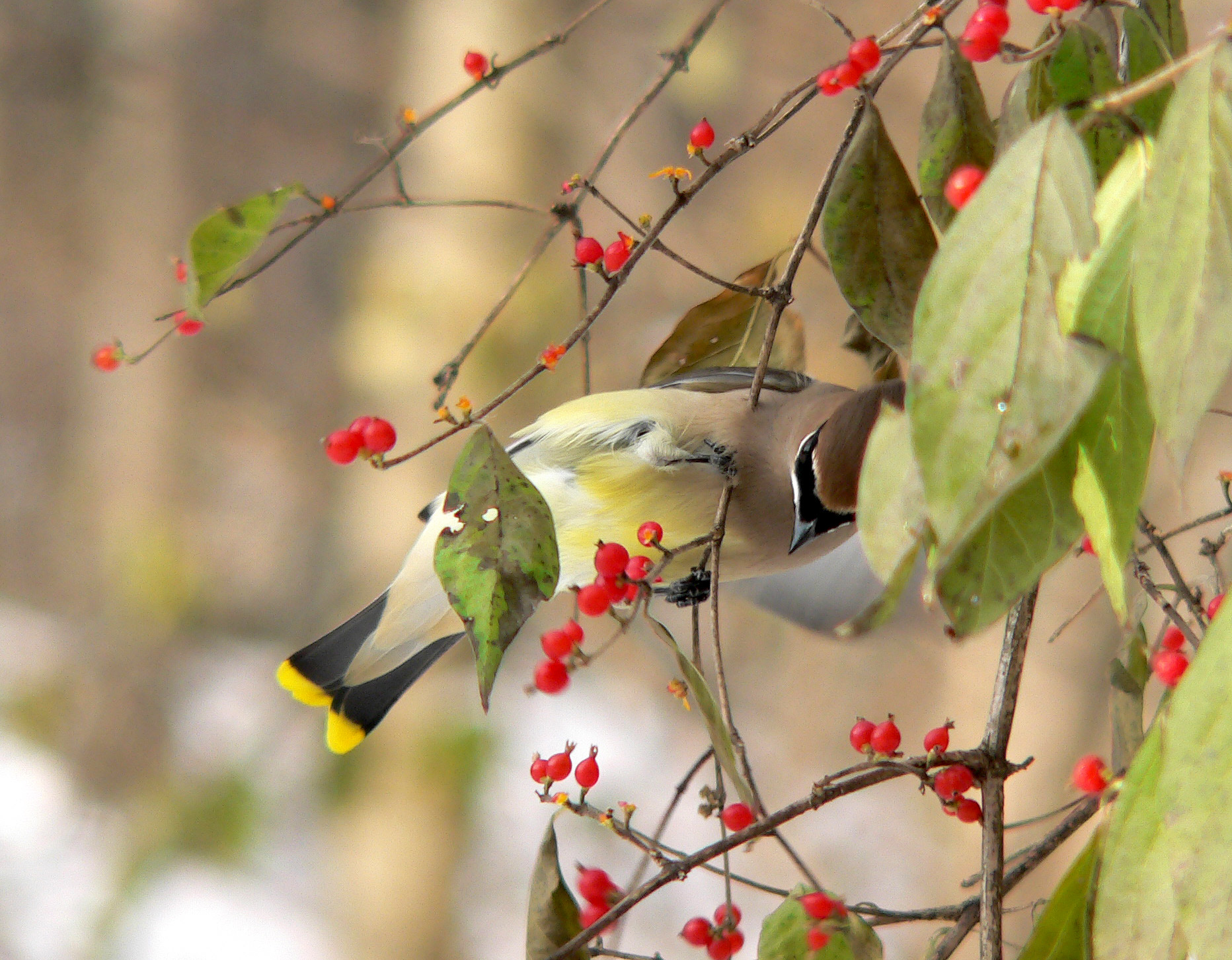 Our scheduled time for the walk was now over but it was hard to pry the group away from some nice sightings, particularly after the drought we had earlier. Several sparrow species appeared in the short grass near the intersection of Valley Road and Hemlock Hill. We ended the walk with close up views of a flock of American Goldfinches, displaying a broad range of plumage as they fed on weed seeds along Bussey Brook.

View this checklist online at http://ebird.org/ebird/view/checklist?subID=S15384299

The last fall walk will start at the Main Gate next Saturday October 19 at 8AM.