This morning was the first of three fall bird walks in the Arnold Arboretum. The walk was scheduled for 8:00AM and 28 folks and my co-leader Andrew Joslin showed up promptly; I appeared 20 minutes late when I realized the 8:30 start time on my calendar was wrong! Fortunately Andrew kept the group interested, and we headed off for a two hour walk on a sunny fall morning. The birds did not disappoint. We saw most of the expected birds of this season, including several passerine migrants, and had a couple of nice surprises as well.

As we were admiring a Great Blue Heron on Faxon Pond a sharp-eyed birder picked up another much less common wading bird sitting in a tree! Well hidden in an oak at pond side was a juvenile Black-crowned Night-heron. With guidance everyone was able to find the bird. This was only my third ever Arboretum sighting of this heron, which seems to be in decline in Massachusetts. Here is a photo of a beautiful adult taken in 2016 in a tree at Leverett Pond edge: 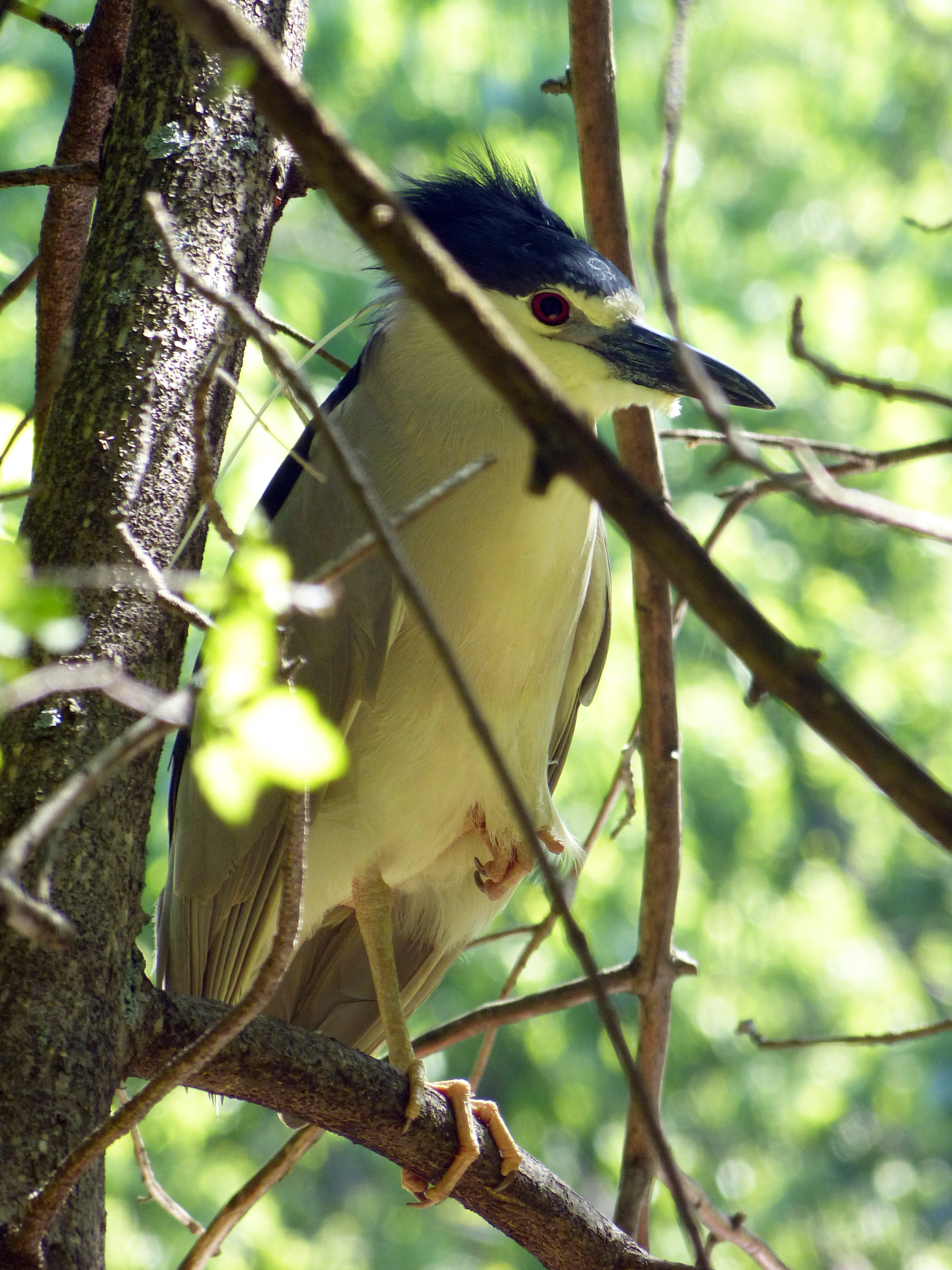 Like so many other species, the juvenile bird has less dramatic coloration: 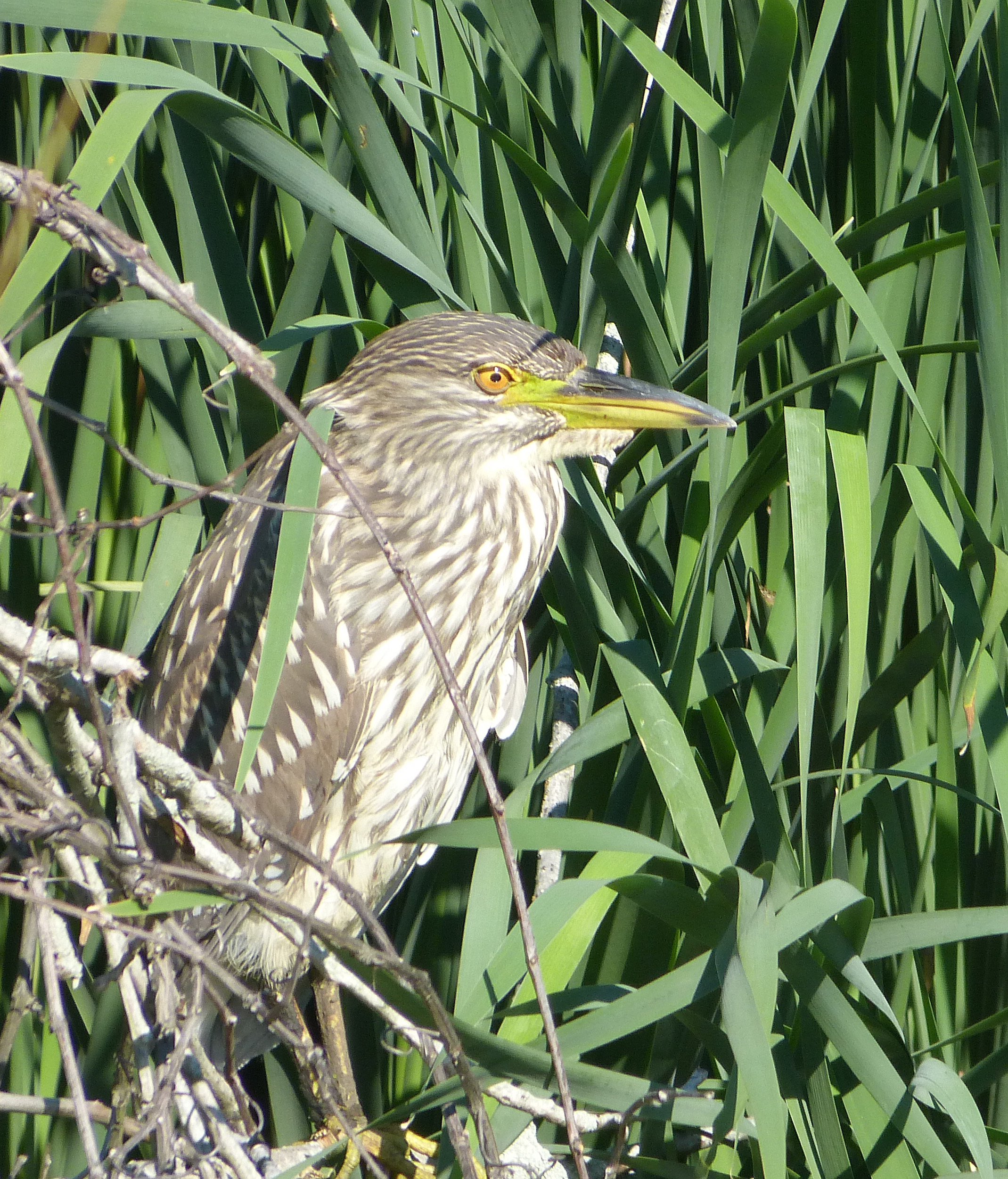 Just ten minutes later another member of the group spotted a robin-sized bird at the muddy edge of Rehder Pond on the opposite side of the roadway. This one was easy to see but at first hard to identify, until someone proposed Rusty Blackbird- yes that’s it! This is a “good” bird anytime and anywhere in Massachusetts. It was a first for me in the AA.

As we left the ponds we heard a Belted Kingfisher chattering away. A lot of fish eating birds take advantage of the reduced pond levels of fall, which concentrates the fish into a smaller area.

We continued up Bussey Hill Road and back through the Leventritt Shrub & Vine Collection. Farther on we picked up another warbler species and a late Red-eyed Vireo high up in the canopy. New birders became personally familiar with the term “warbler neck” as they strained for a glimpse of these tiny migrants.

As we looped back along Linden Path we came upon a small group of Cedar Waxwings feasting on honeysuckle berries. Many of them were first year birds but some were adults showing their formal attire:

We finished the walk listening to the clarion call of a Carolina Wren off in the wet meadow. It was an enthusiastic group. Perhaps some will return for the next walk, scheduled to begin at 8:00 AM on Saturday October 12th. That walk will begin at the Bussey Hill Gate off Bussey Street and we will canvas Peters Hill and part of Hemlock Hill Road hoping to see late migrants and resident birds of those ecosystems.

Here is the full list of birds seem on the walk:

View this checklist online at http://ebird.org/ebird/view/checklist?subID=S15272190