Eight birders gathered this morning in light drizzle after the heavy overnight rains .  The plan was to bird Peters Hill, but I elected to start the walk on Hemlock Hill hoping to avoid some of the rain.  We were in search of the Pine Warblers that have nested there for many years: 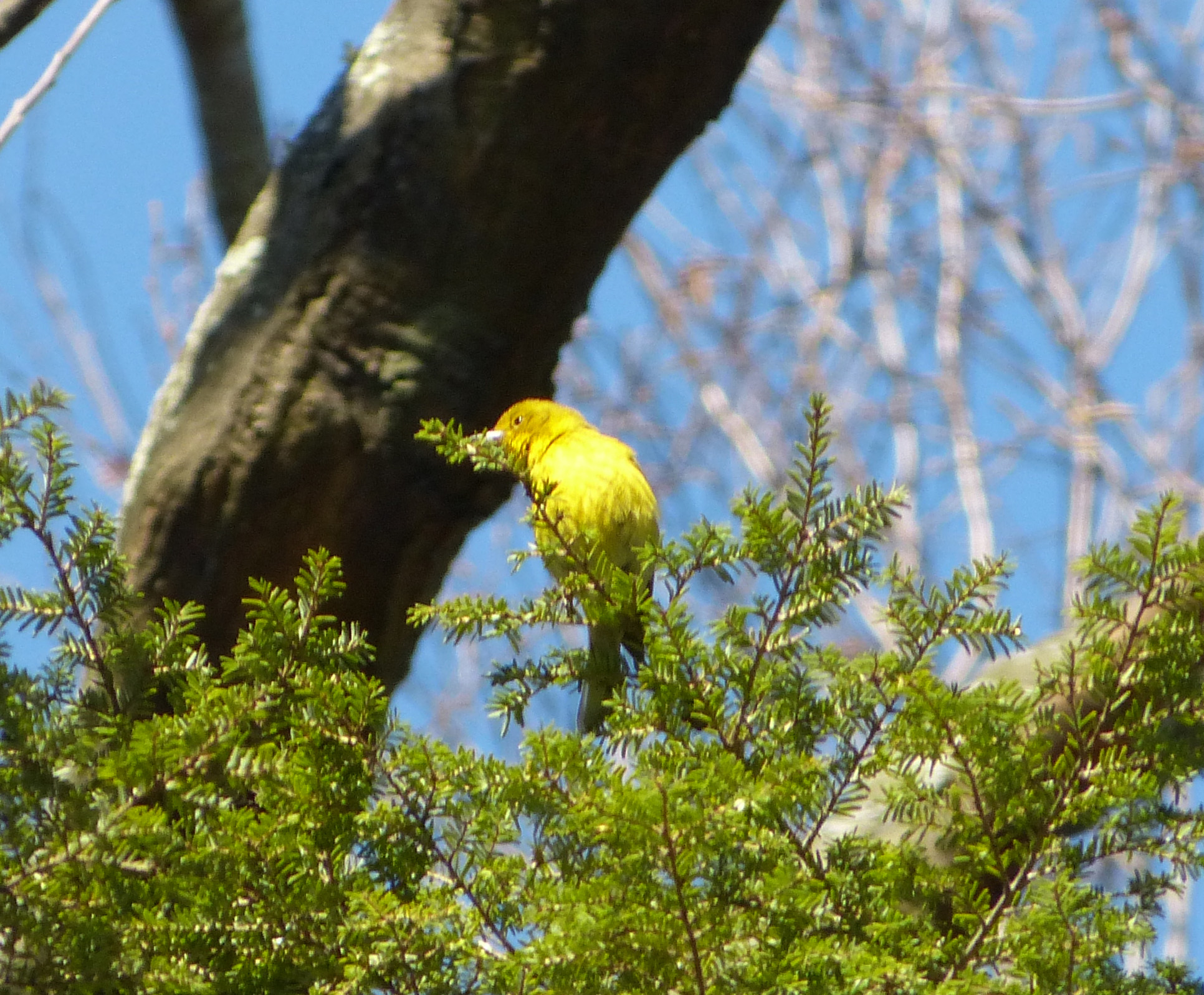 We may have ducked some of the rain, but the tradeoff was very poor light in the dense conifer forest. We heard several pines:

We were eventually able to get glimpses of the bird high in a White Pine.  This was the first of several disappointing warbler experiences.

A Northern Flicker was the only woodpecker we sighted on the walk: 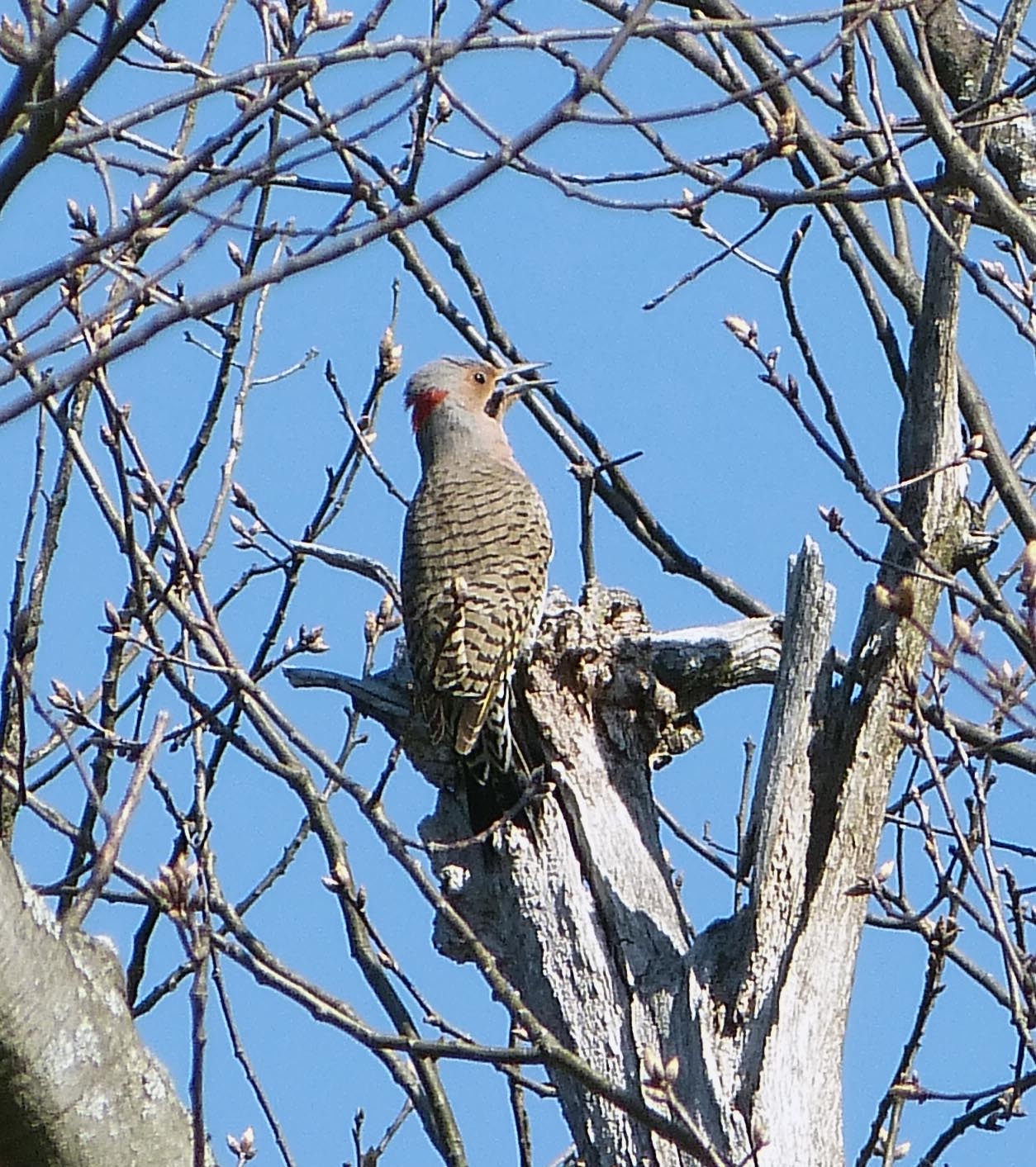 We did hear several Red-bellied Woodpeckers:

Their call is so distinctive that one doesn’t need to see the bird to check it off on the list.

After spending a lot of time trying to see a Scarlet Tanager that we thought might be singing high in the canopy, I eventually decided it was just a noisy, and harsh, American Robin. These two birds songs, as well as that of the beautiful Rose-breasted Grosbeak, are easily confused.

We left the darkness of Hemlock Hill and proceeded to Peters Hill; I was hoping we might come upon some of the 8 species of warblers I had there just 48 hours earlier.  We did pick up a new species; Great Crested Flycatcher:

Great-crested Flycatcher is the largest of this avian family and the noisiest:

The warblers were not visible, and barely audible,  but we did hear a few as the list shows.  We spent the rest of the walk admiring Baltimore Orioles and Red-winged Blackbirds as they moved about the meadow. We also saw two avian gangsters: 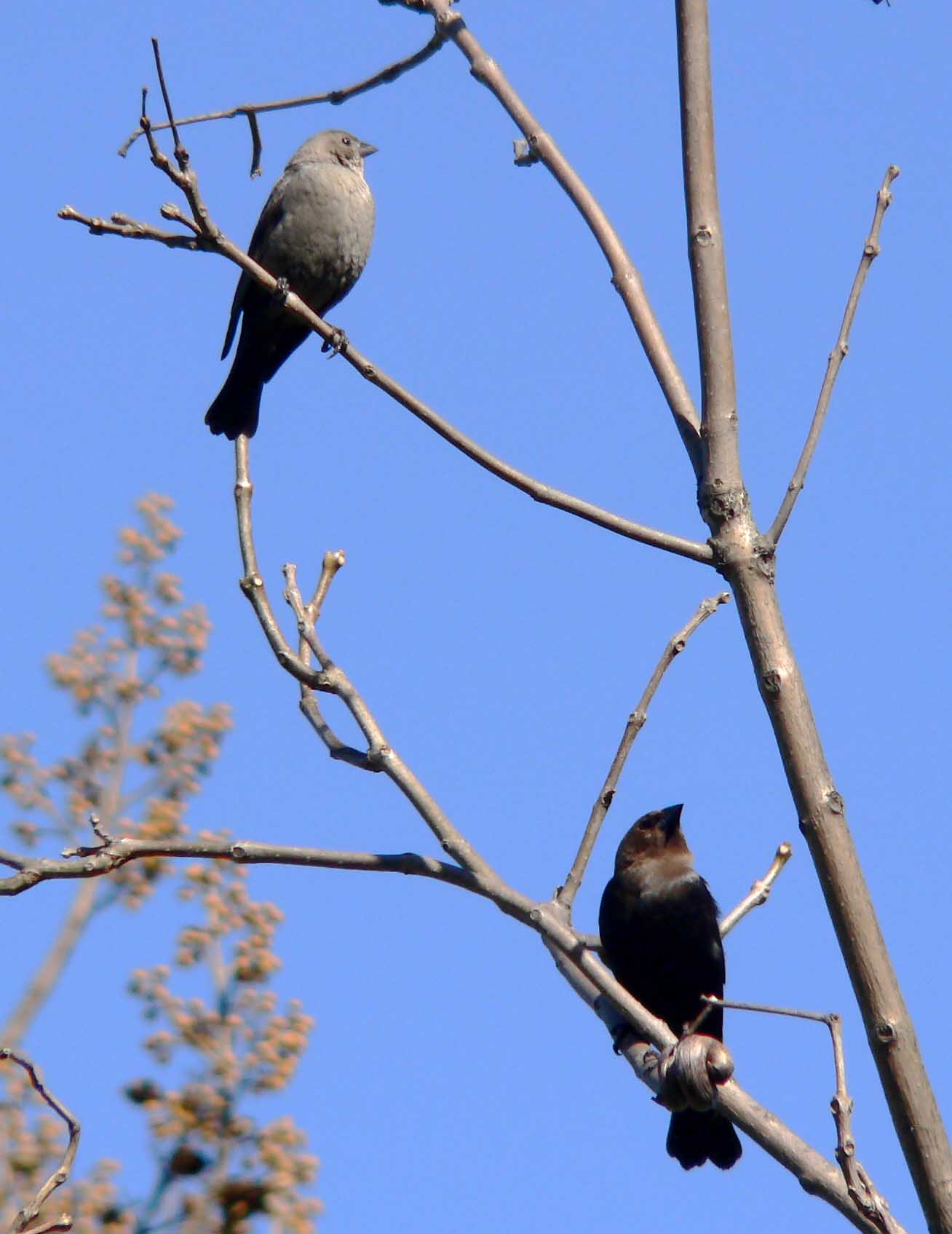 Cowbirds are brood parasites; rather than building their own nests they lay their eggs in the nests of others.  Many species, including some endangered warblers, seem not to care or notice, and raise the intruder as if it was their own.  Here is an image of a Yellow Warbler nest: 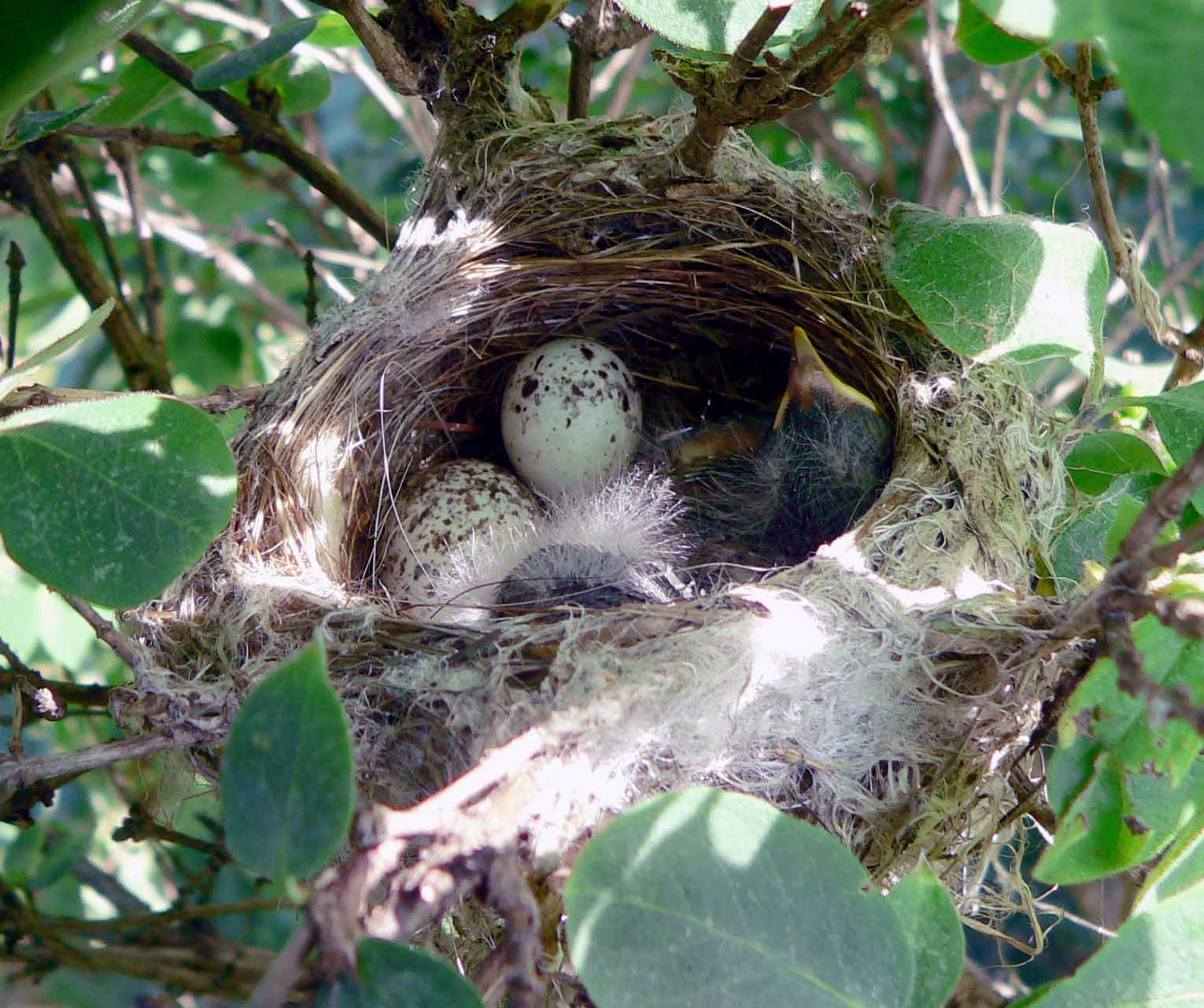 This Yellow Warbler nest includes a warbler egg plus the larger, more speckled, egg of a cowbird and two recently hatched young.

This regrettable adaptation includes a relatively short incubation time, giving the intruder a head start in the competition for food.  Young cowbirds have been known to push the adoptive species young out of the nest as well.  Unpleasant business in nature at times!

Here is the complete list for our wet walk:

View this checklist online at http://ebird.org/ebird/view/checklist/S36585503