When I postponed the January winter walk I was hoping for warmer weather and we got it; the thermometer was 20 degrees higher than last Sunday.  But it was still only 15 degrees and despite that over 20 energetic people showed up for the walk in the Arnold Arboretum.  Fortunately I had a co-leader on the walk, Brendan Keegan who in addition to being a good birder is an Arboretum Gardener. On the walk he talked with the group about some of the woody plants in the collection that provide food and shelter for our avian friends.  These beautiful shrubs provide food for fall migrants in preparation for their long migratory travels, as well as for our winter residents.  Brendan noted the variation in berry maturation time of these plants and how that is good for the birds as well as the plants themselves by fostering seed distribution.  In the Children’s Field Study Program we have a name for that- Eat and Excrete- much fancier than eat and poop!

Far and away the best birding on this cold morning was at the Hunnewell feeding station and we spent time there at the start and finish of the walk.  In fact, every species we encountered were on or near the feeders at one time or another, although several were also seen elsewhere in the landscape.  At the start we had good looks at both common local finches, House Finch and American Goldfinch,  as well as chickadees, and Downy Woodpeckers. 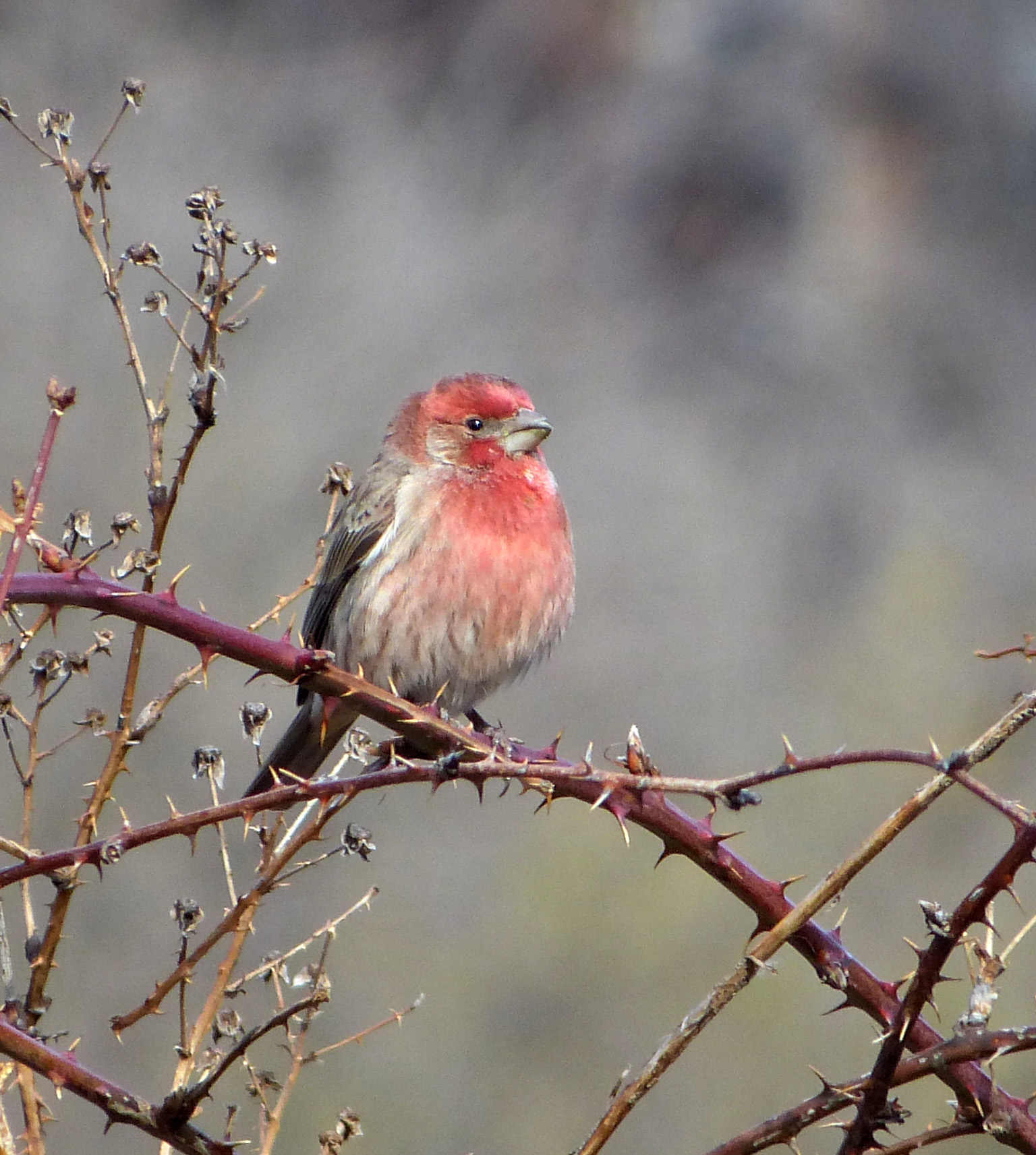 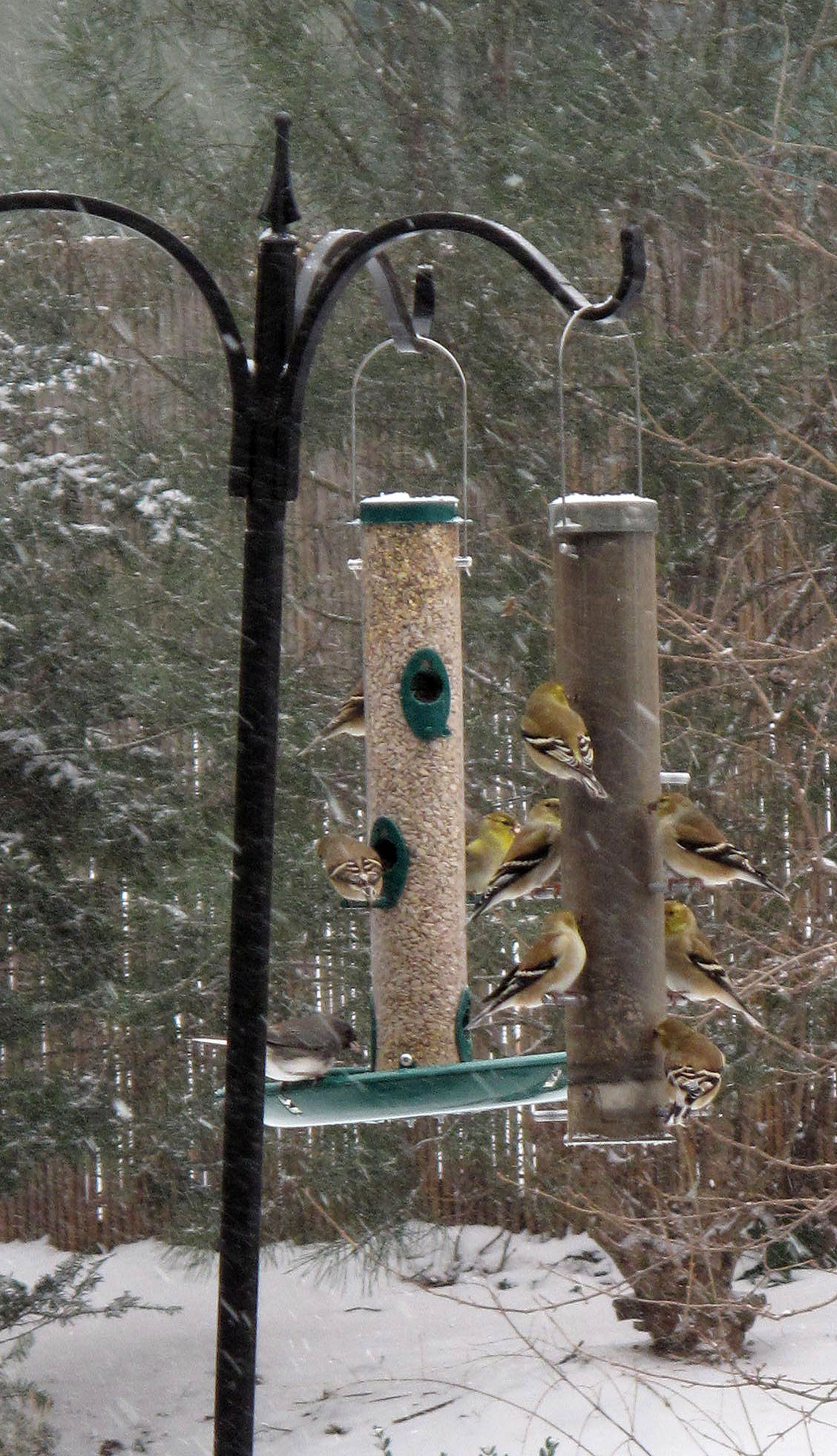 American Goldfinches in various non-breeding plumages. A Dark-eyed Junco is at bottom left. 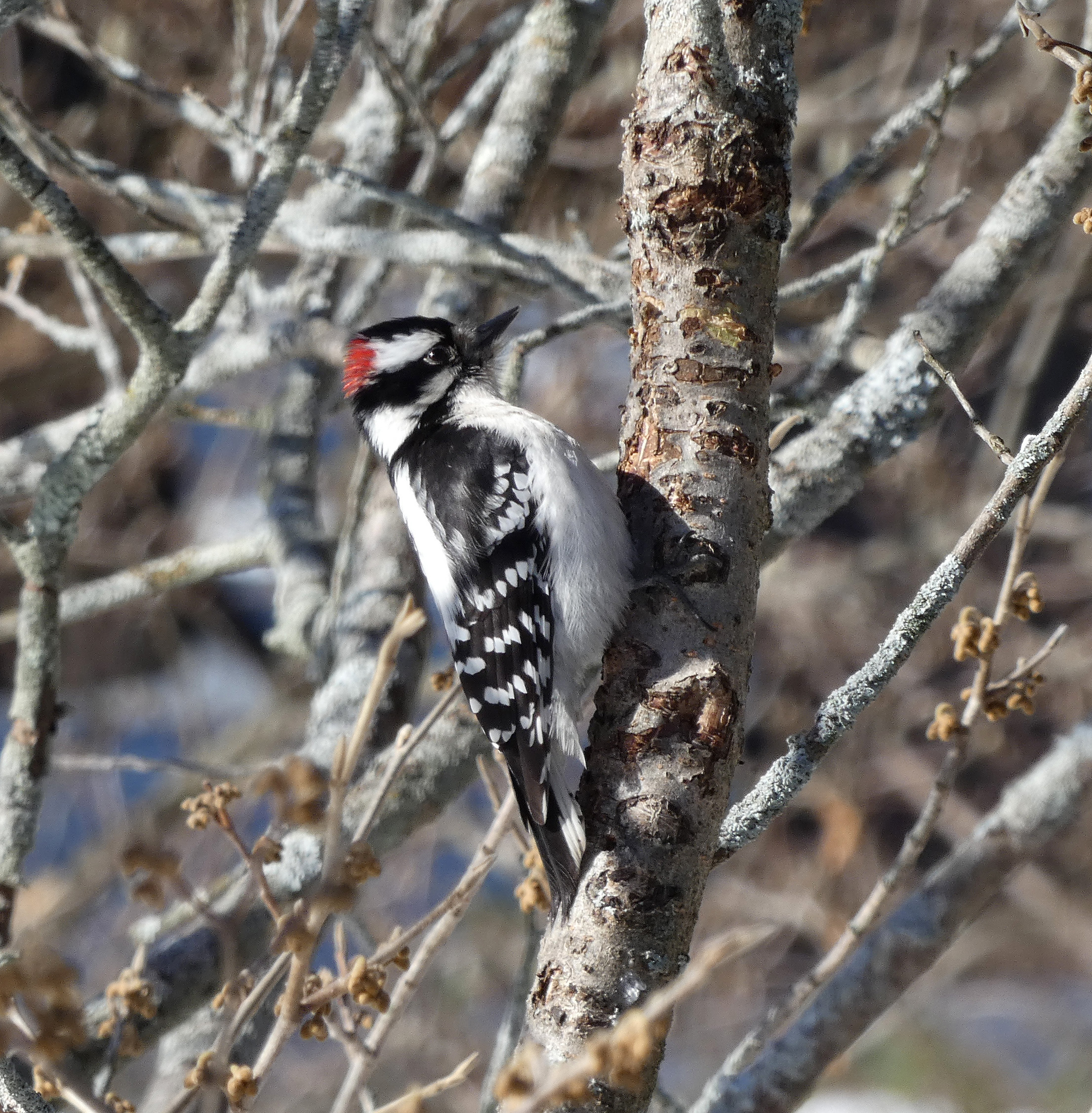 Someone inquired about the nesting habits of chickadees; they are cavity nesters, utilizing old woodpecker holes or man-made houses. 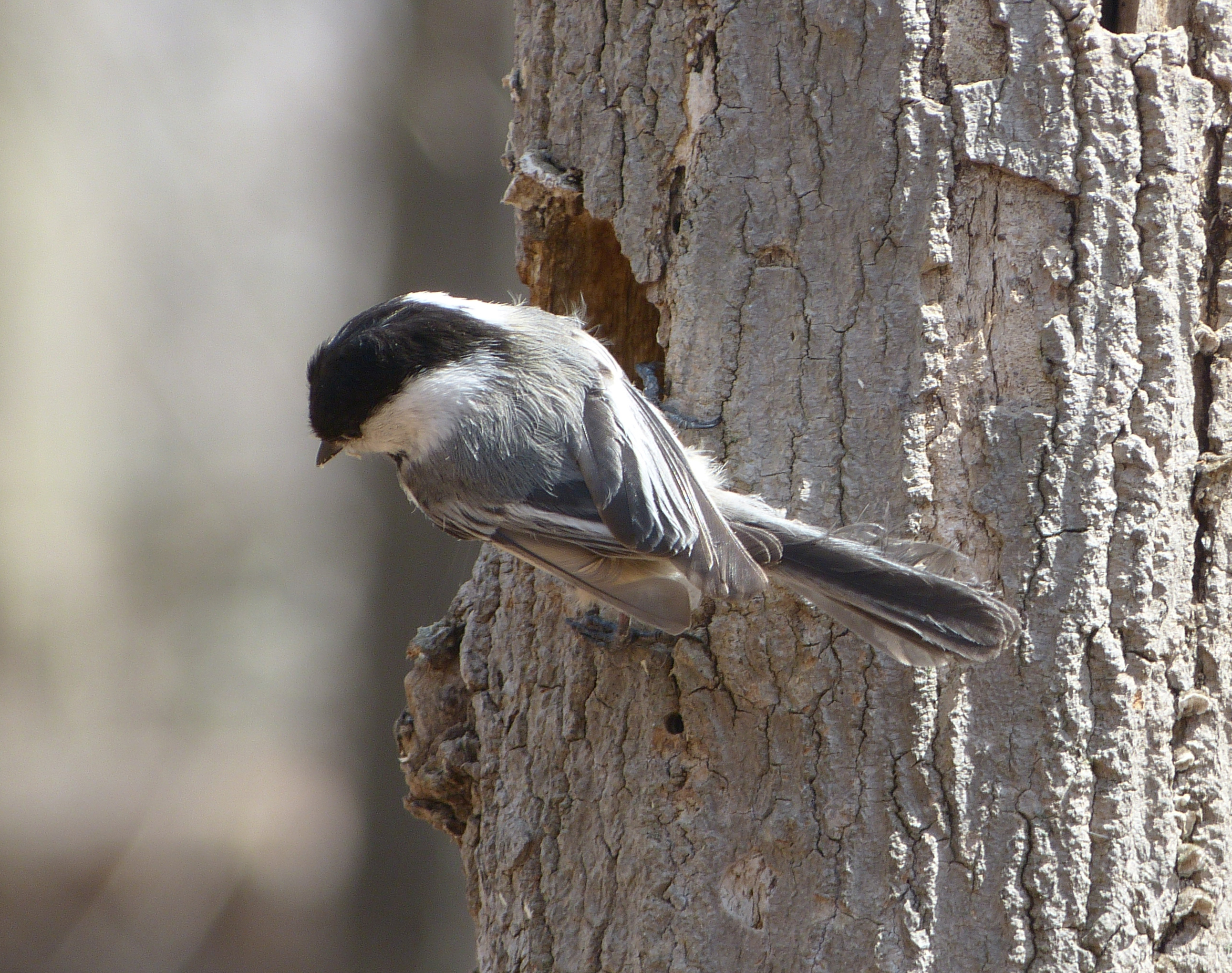 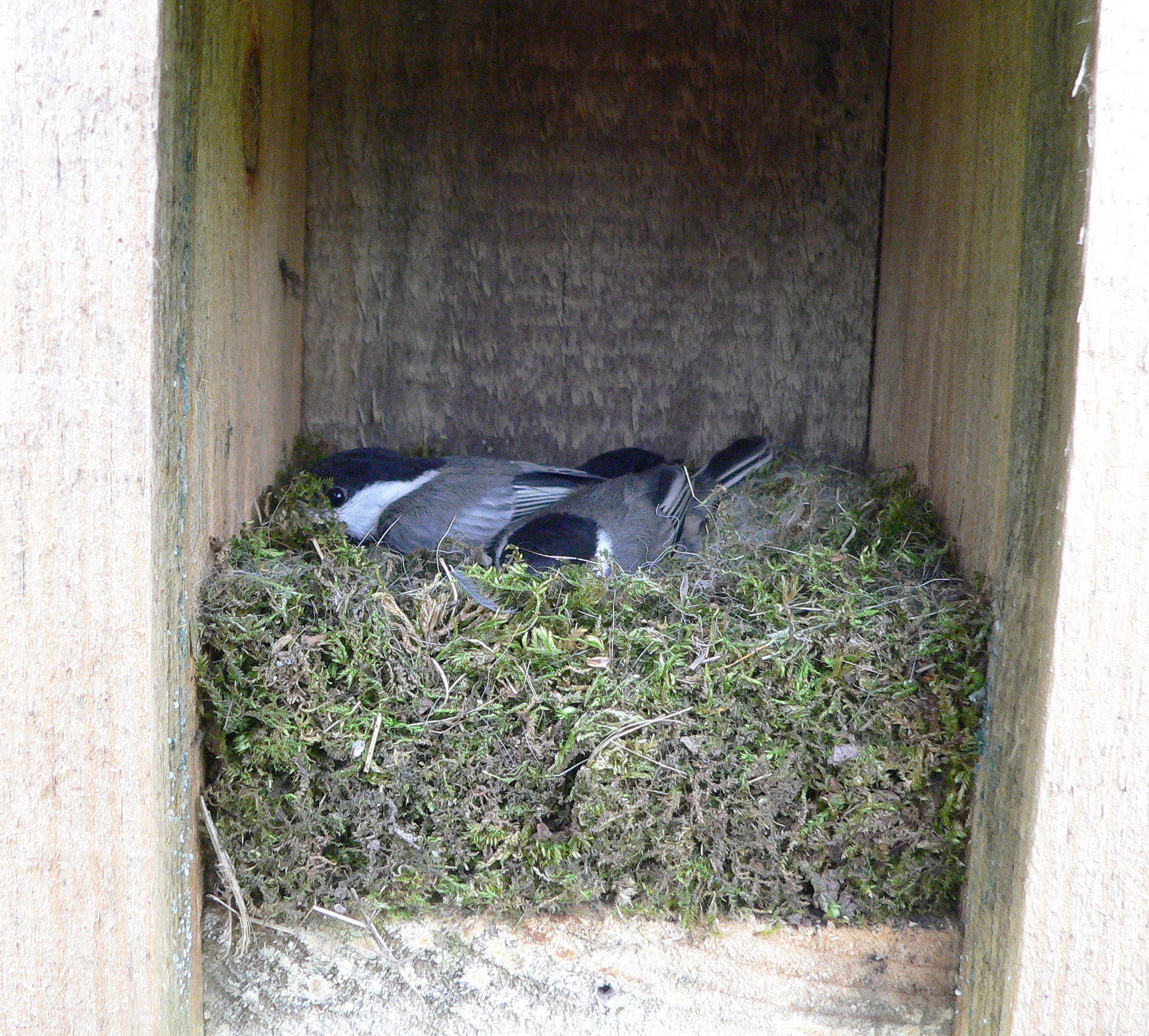 These young chickadees are almost ready to fledge from their soft and warm nest made of moss and grasses. The house was in the Leventritt Gardens at the AA.

The only bird that wasn’t seen on a feeder, but was nearby, was a Red-tailed Hawk. 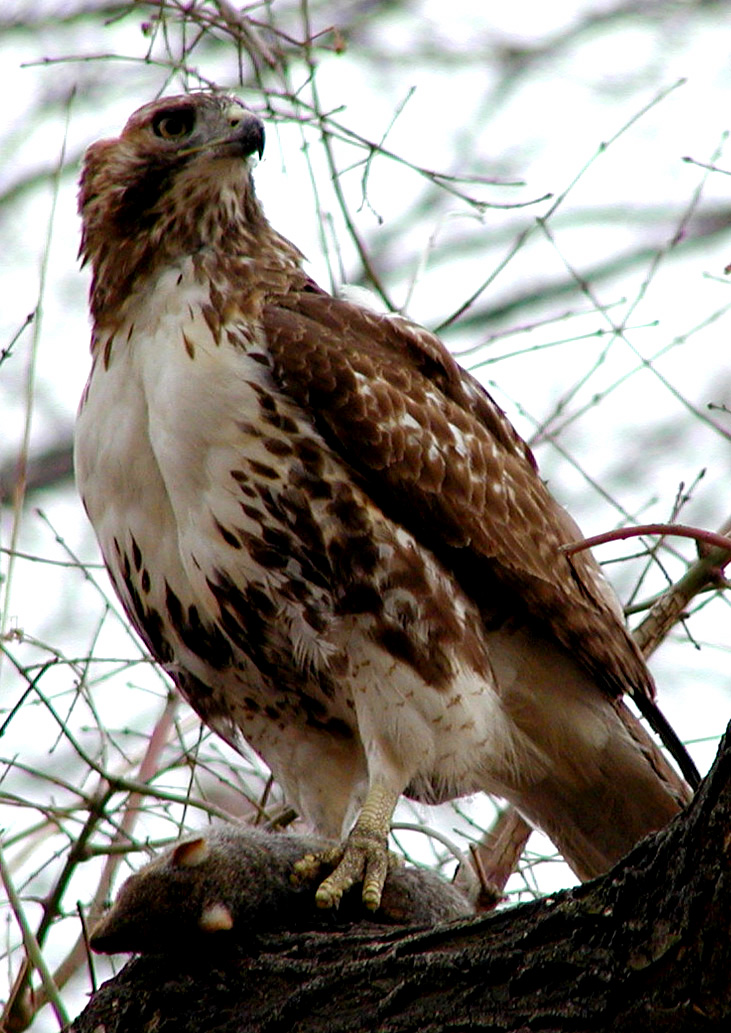 This Red-tailed Hawk is closely guarding its prey, a hapless Gray Squirrel

The hawk was studying the grassy slope and wet meadow for prey. They have huge eyes in proportion to their bodies and can see at least five times better that we can, and can magnify their view as well.

As we proceeded on the walk up to the ponds we stopped to look for the Eastern Screech-Owl that has taken up winter residence in a tree hole near the ponds for at least four years.  The owl hasn’t been seen as far as I know for at least a month; here is the last image I got of it, taken on December 4, 2017: 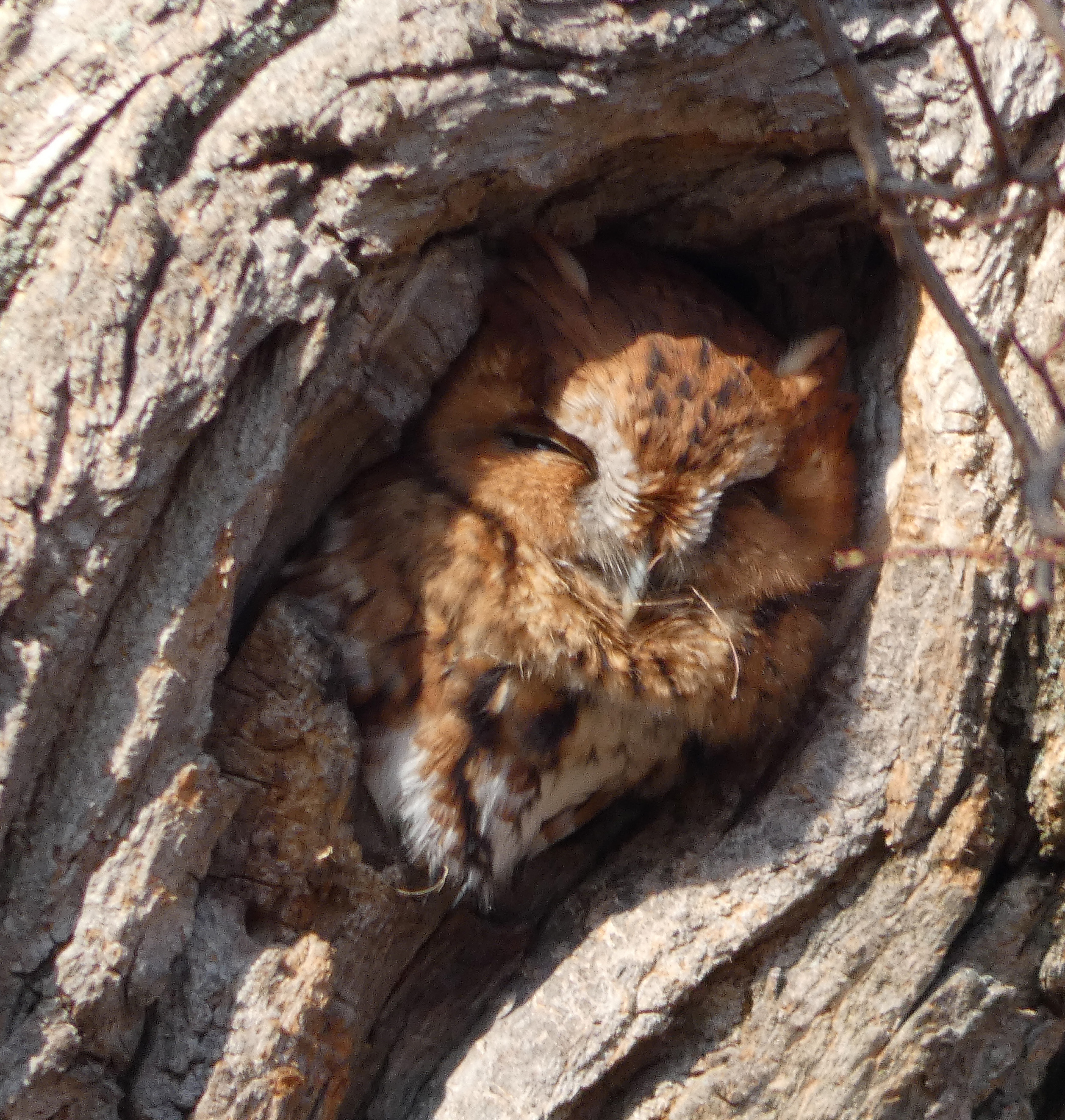 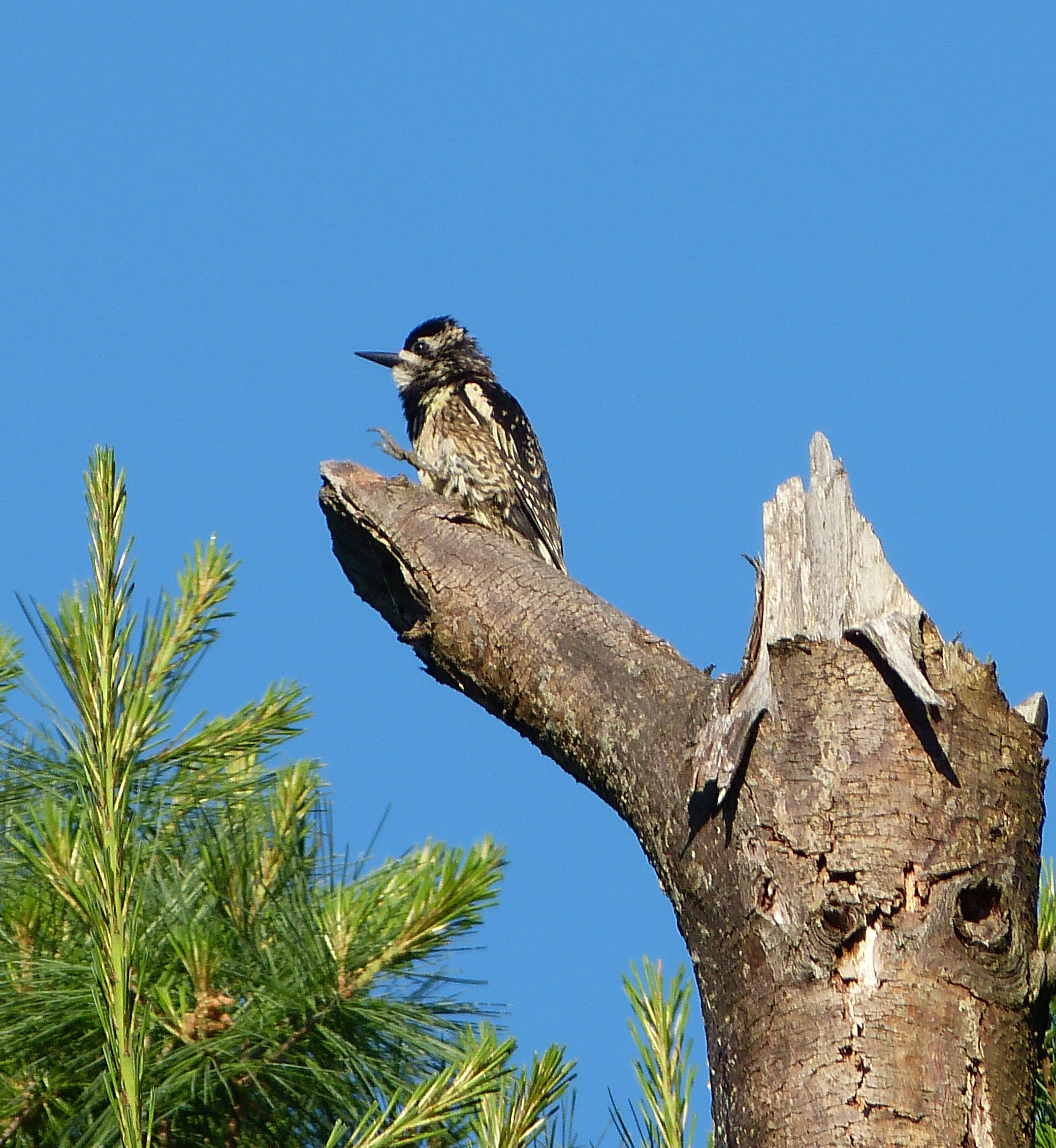 Red-phase Eastern Screech-Owl. Screech owls have an average life span of about eight years; perhaps the owl has expired, or it may just be using a different roost hole.

As we turned around after reaching the frozen over ponds, we stopped to admire one of the first trees in the collection to flower: 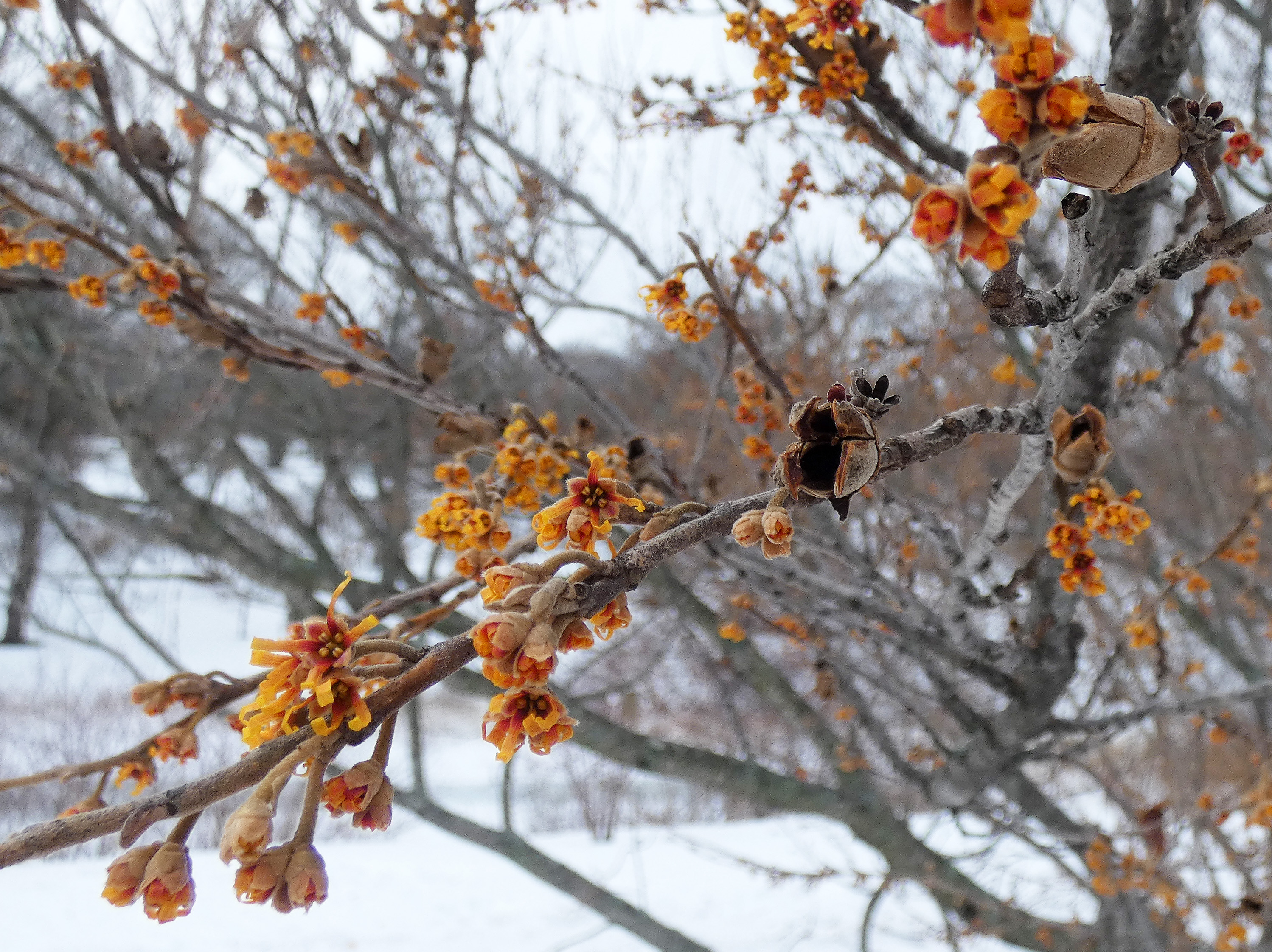 Ozark Witchhazel Hamamelis vernalis, in bloom in January 2018 in front of Rehder Pond. This particular native specimen is over 100 years old.

On our return trip Brendan talked about other trees in the collection useful to birds. He pointed out several oaks and spoke to the importance they have providing lots of real estate for nesting well as food for birds and other fauna in the Arboretum.  Acorns of course are well know to almost all of us, but did you ever see one like this: 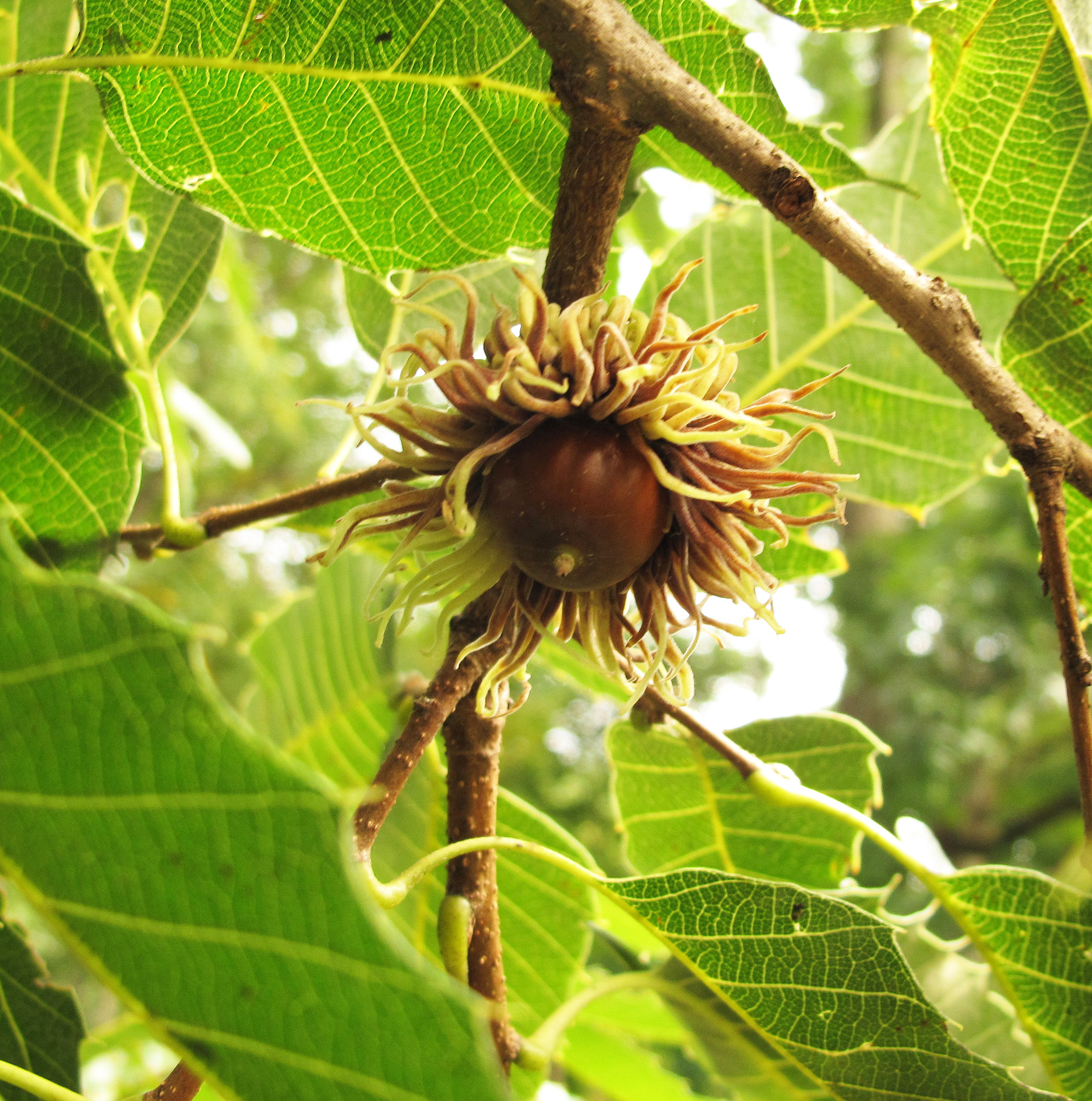 Sawtooth Oak Quercus acutissima 1130-60   This tree is at the base of Peters Hill near the railroad tracks, and is Asian in origin.  Even acorns can have a bad hair day!

We also discussed the relationship between birds and non-native and invasive plants.  Here is a composite image of a few of them: 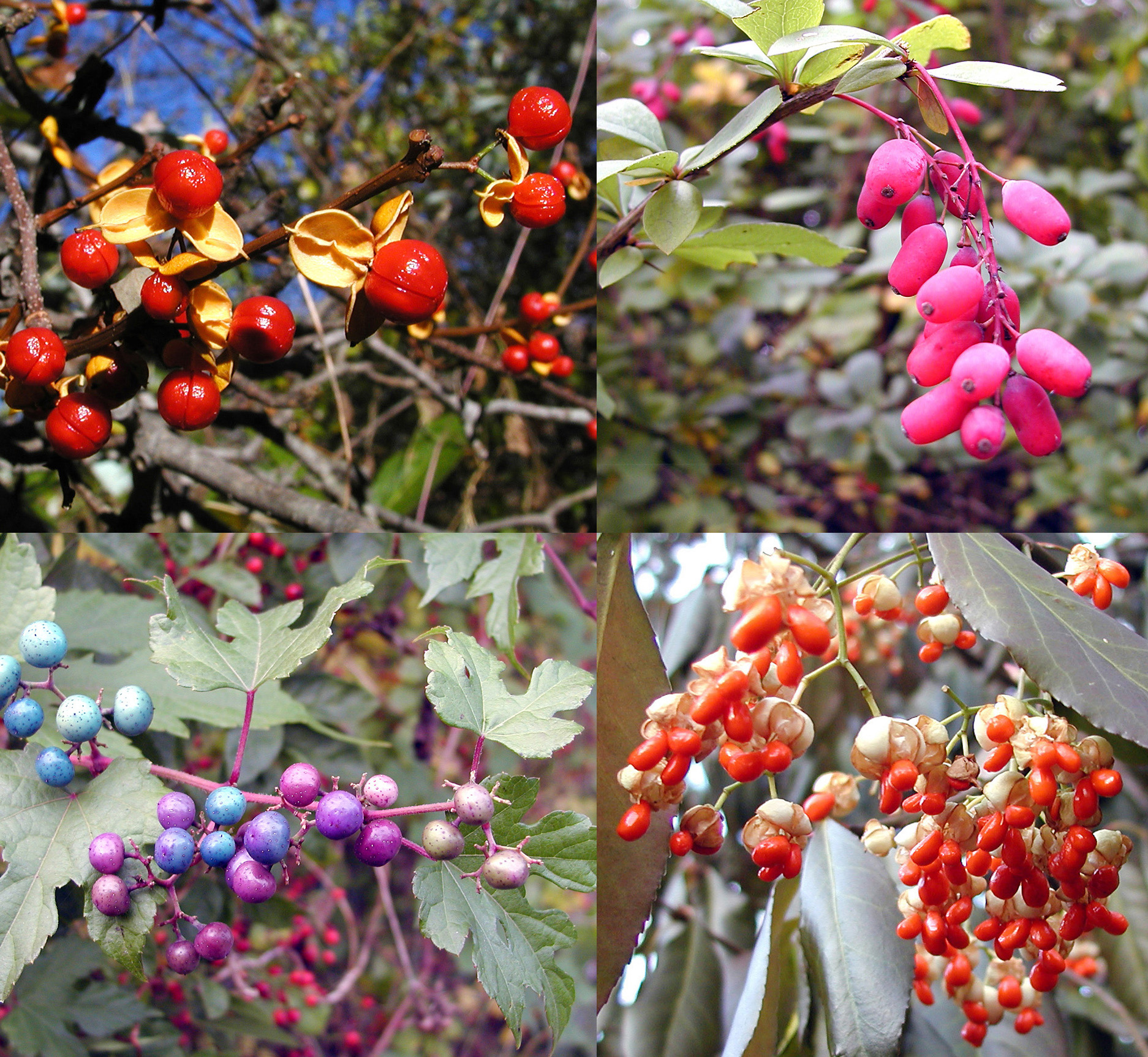 The common view that invasives are universally harmful is too simplistic. True, they sometimes crowd out native, often more nutritious plants, but birds still utilize them for food, especially during drought or harsh weather.  In fact some birds have been able to spread their territories due to the availability of invasives; multiflora rose and mockingbirds are a case in point. 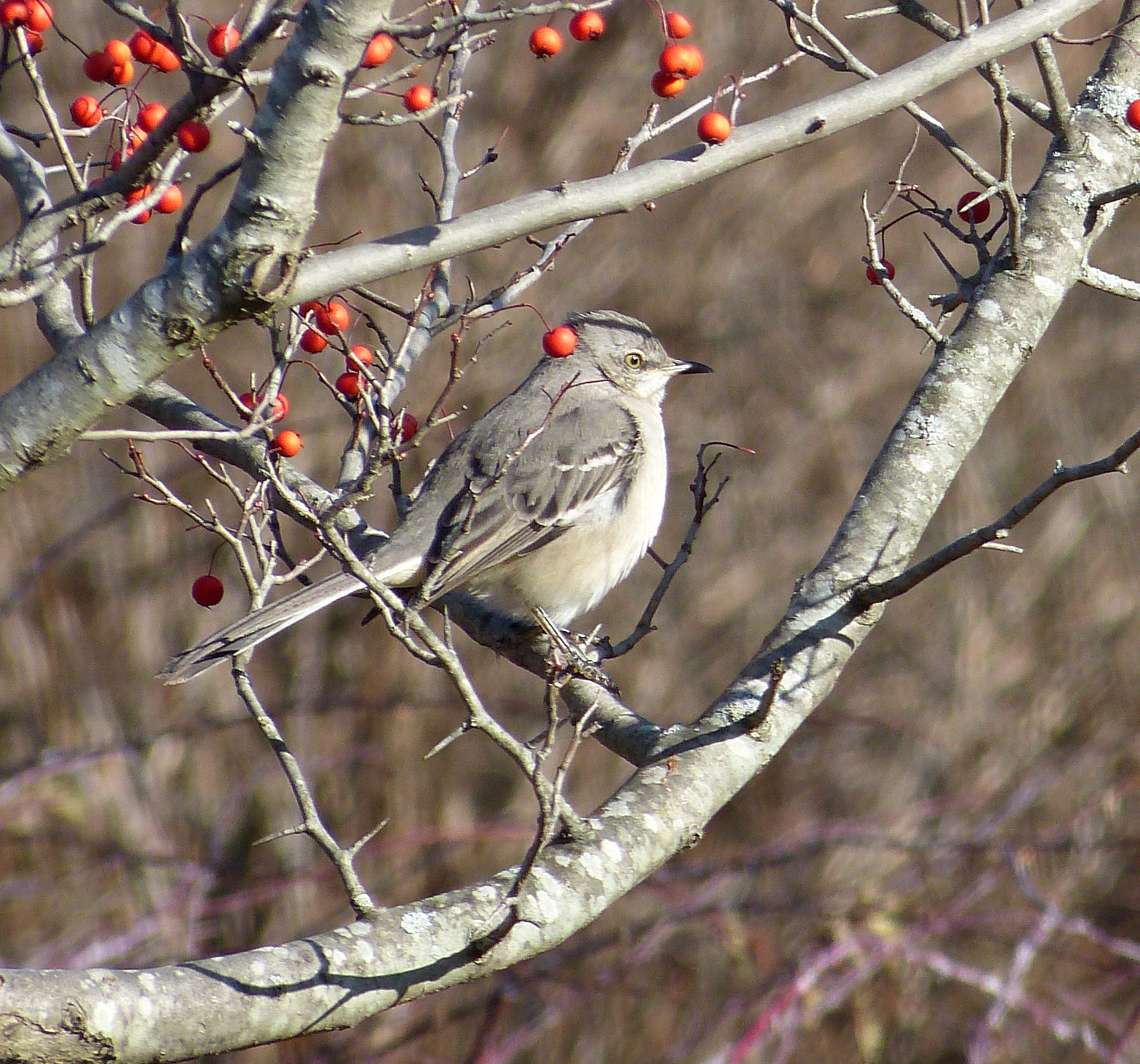 Northern Mockingbird on a native crabapple tree on Peters Hill.

Birds just love fruits and berries, and are as open to ethnic food as most of us! 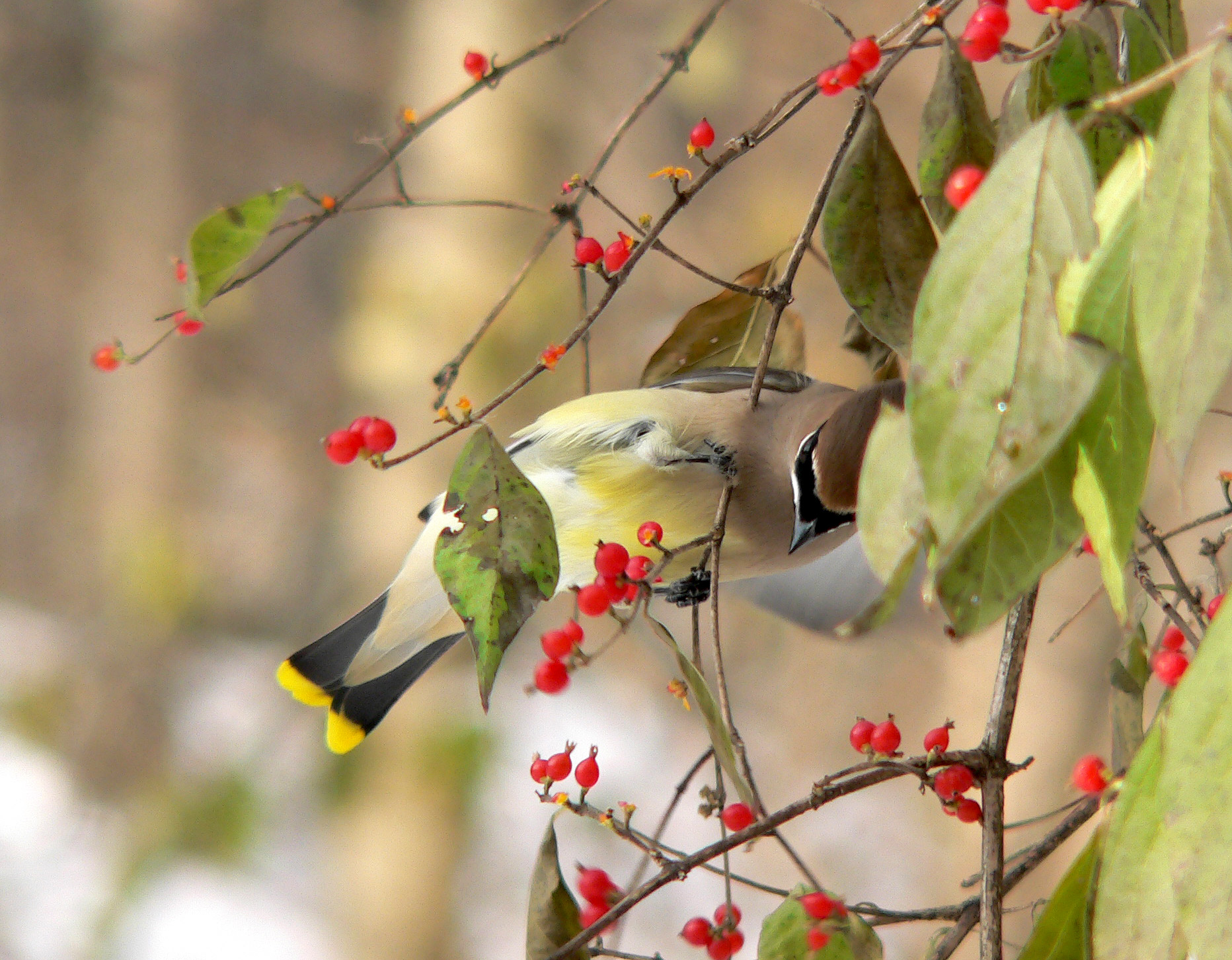 We ended the walk back at the feeders and picked up our best bird of the day, Red-breasted Nuthatch. 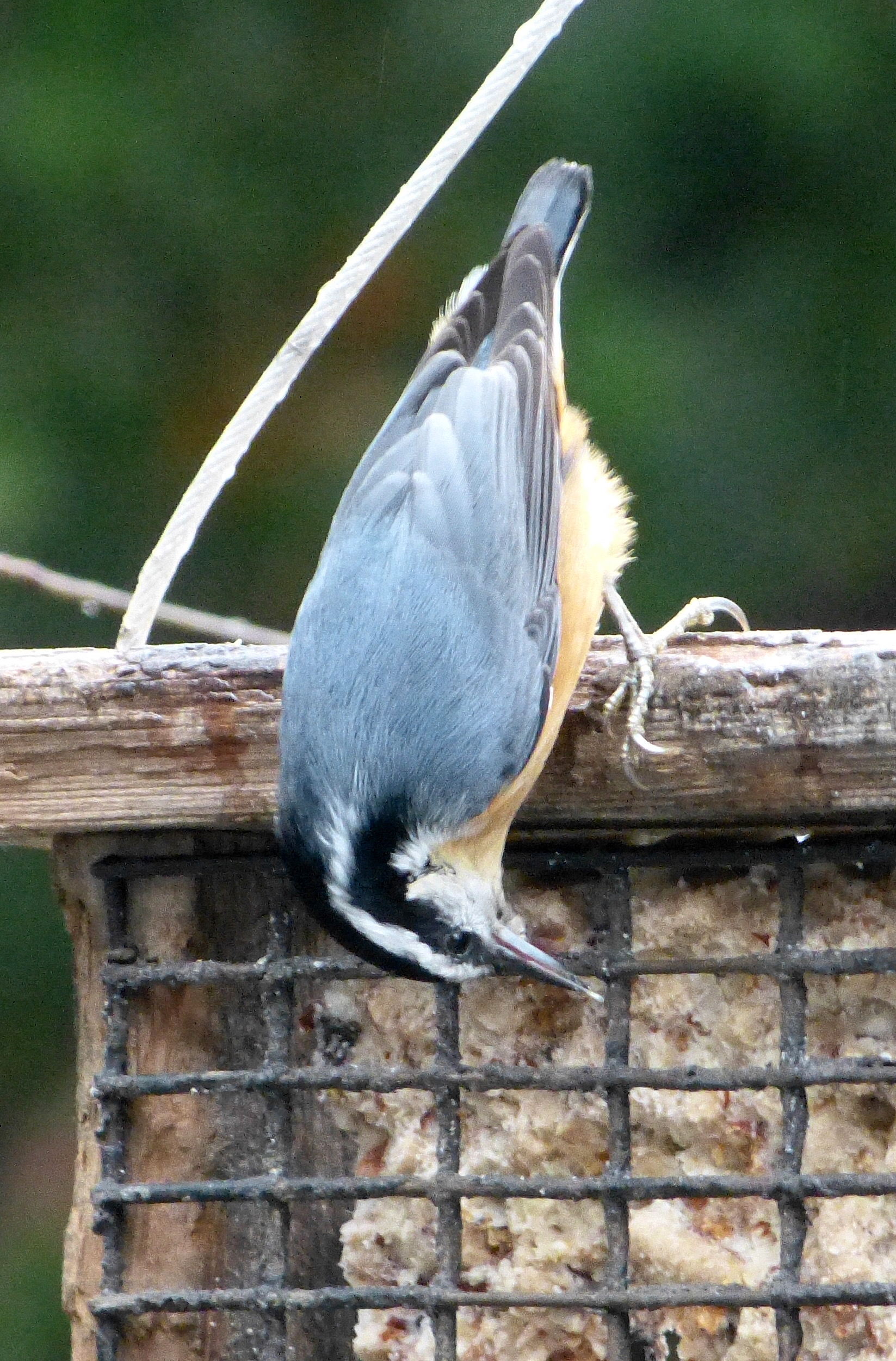 One of the reasons I run the January walks is to help people start their Year Lists; what crazy birders do every New Year to list how many species they can see or hear during the year.  Serious listers can amass over 300 species just in Massachusetts (I haven’t even come close to that)!  RB Nut, as we call it, is always a good one to get early on as it is seldom seen in the warmer months.

After the walk a few folks came into the Visitors Center to warm up; from the window you can view the feeders close up, which we did.  A new species, Red-bellied Woodpecker, flew in, grabbed a bite, and was off; but as three of us saw it it made the list! 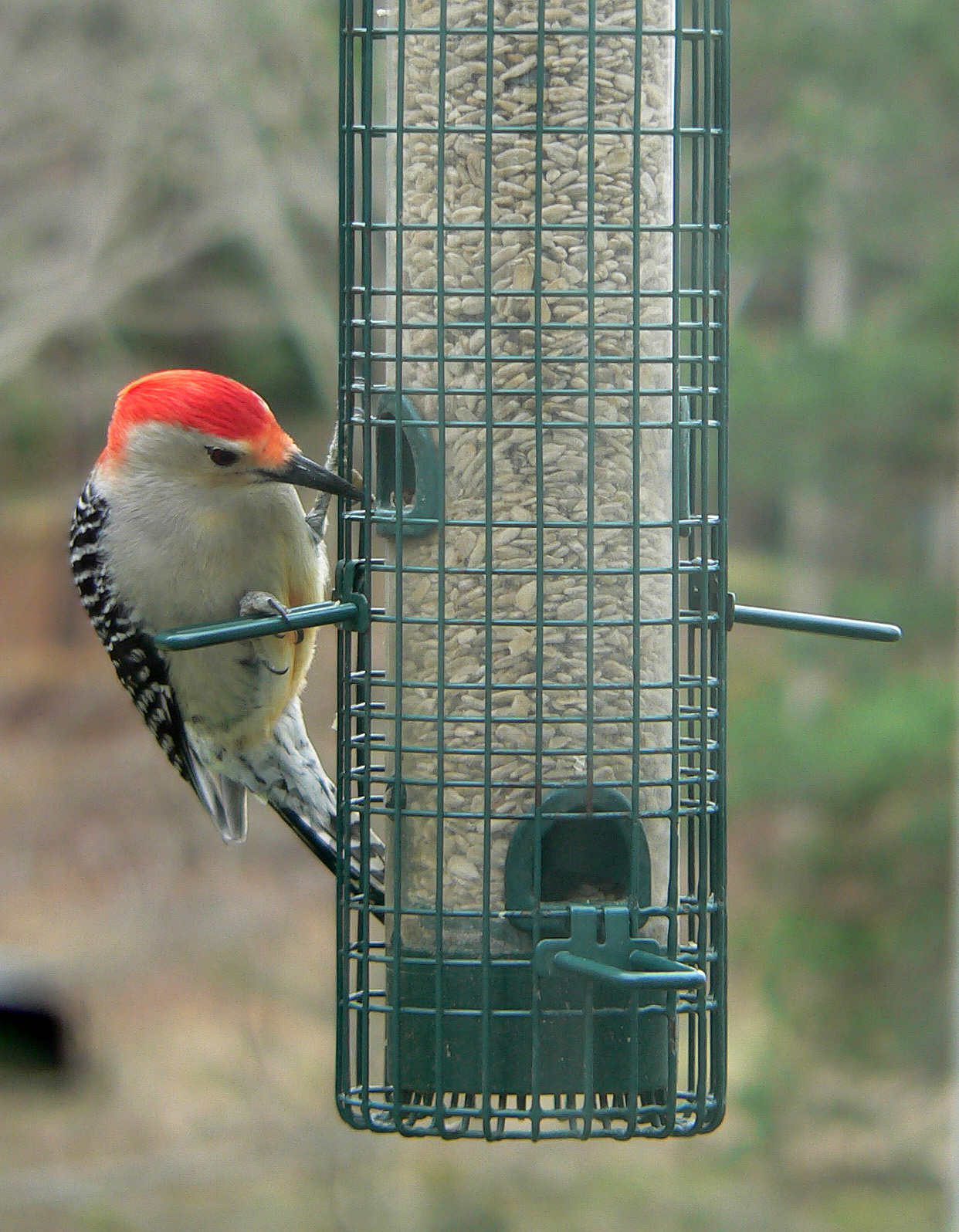 Male Red-bellied Woodpecker, showing red from crown to nape. The faint rosy color on the breast and belly can barely be seen, giving the bird its odd name. This image was taken in the spring on Cape Cod.

View this checklist online at http://ebird.org/ebird/view/checklist/S41898013

Those of you who bird the Arboretum regularly should keep a lookout in the conifer section for both crossbill species in the next few months as a major irruption is predicted this year. 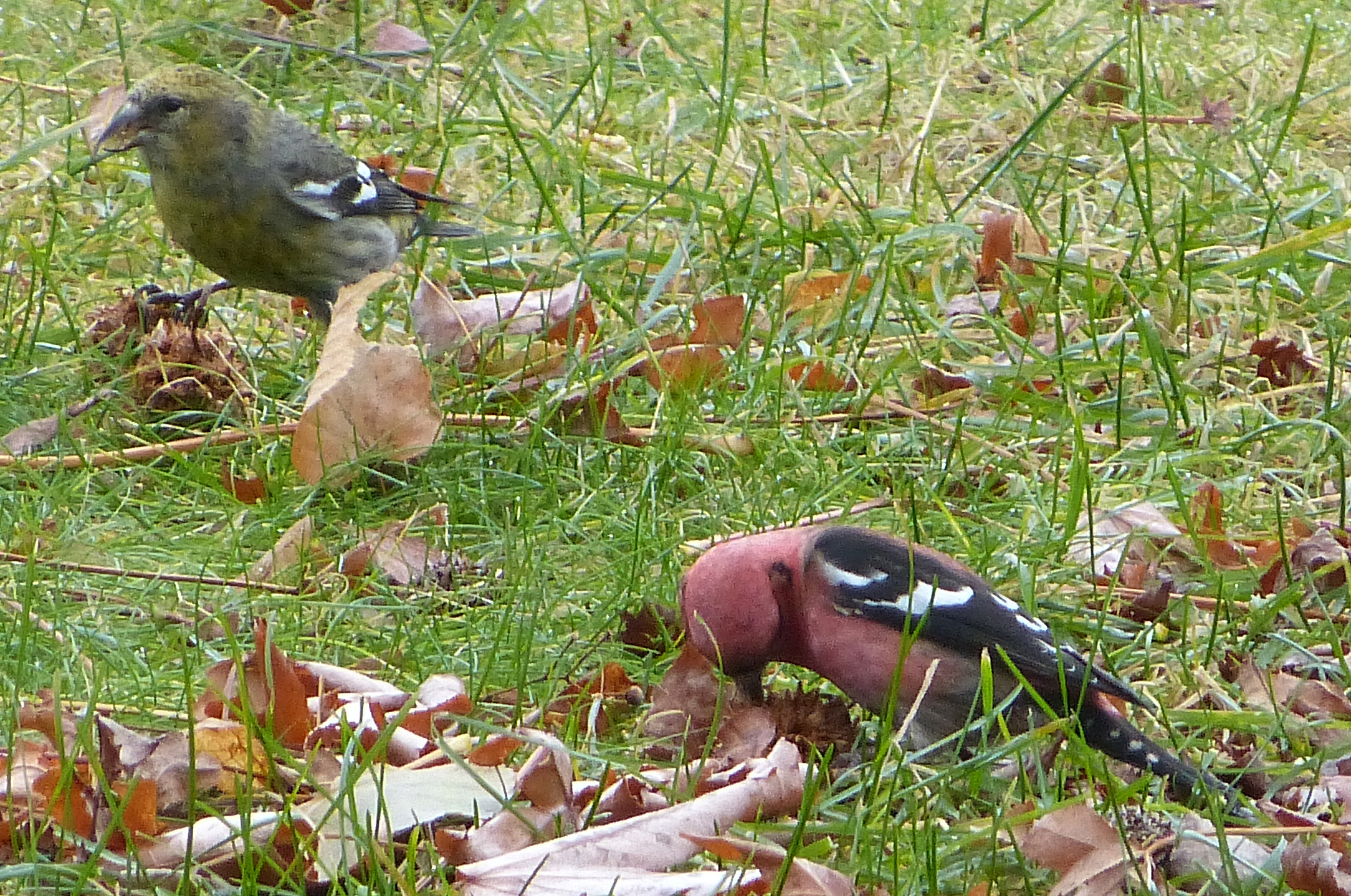 Female, upper left, and male White-winged Crossbills. The female is showing the weird bill, specially adapted for prying seeds out of conifer cones.

A former Arboretum staff member, who now works for the Cornell Lab of Ornithology, has just written an excellent article on the expected irruption.

And we are hoping for another nesting of Great Horned Owls in that area this month as well, here is a shot of the nest in 2016: 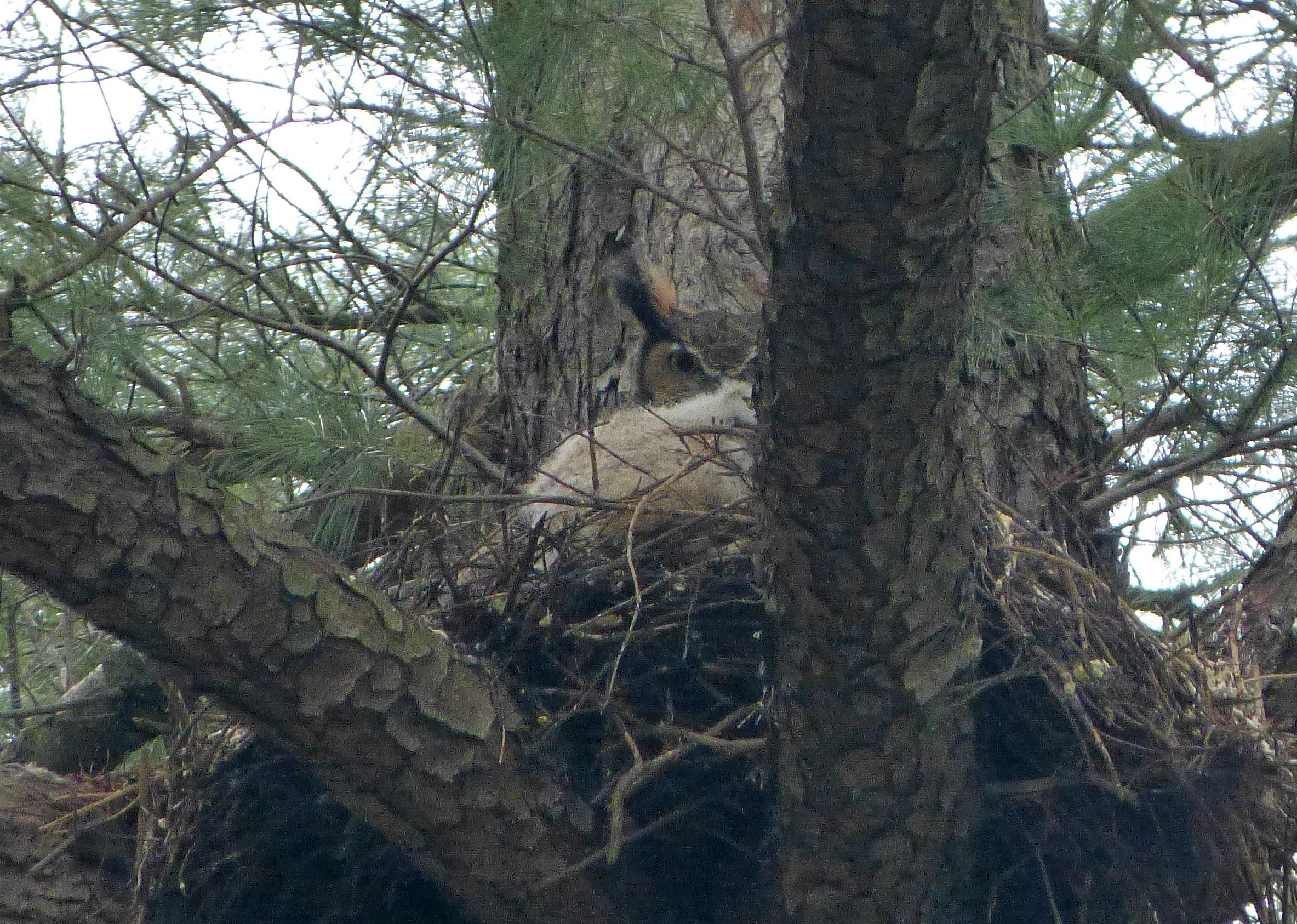 Great Horned Owl on nest in 2016. The head of the adult female is seem, with a lighter colored fuzzy owlet in front of her. There were three owlets altogether.

I saw an adult roosting in one of the King Boris Firs on conifer slope just last week, so they may nest somewhere nearby.

And soon we will be seeing and hearing the true harbinger of spring, Red-winged Blackbird: 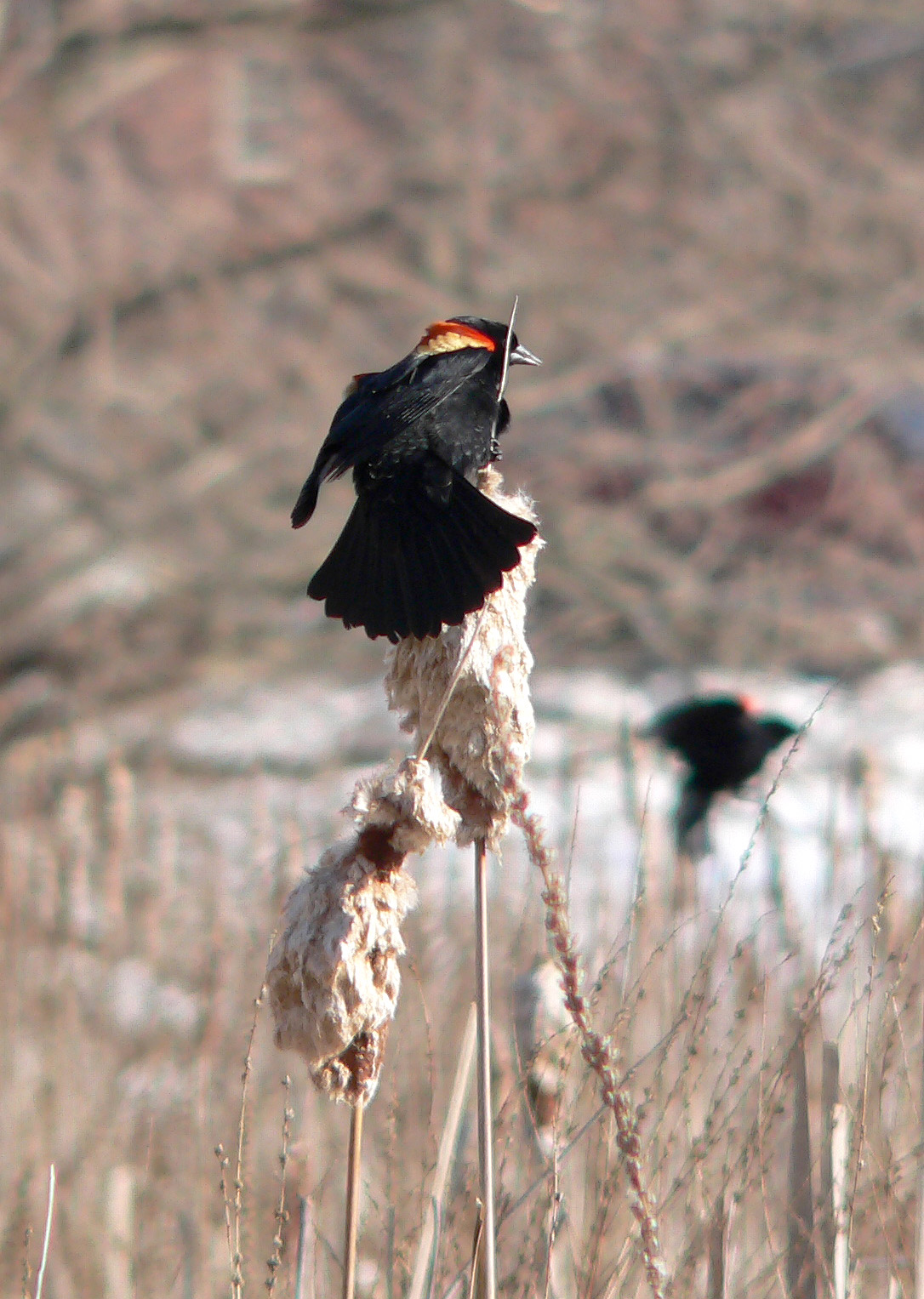 Male Red-winged Blackbirds displaying in the wet meadow across from the Hunnewell Building.  The males arrive as early as the end of February.

Spring Walks will commence on Saturday April 28th at 8AM at the Main Gate.  See the AA website soon for the whole list.