On Saturday May 13th I joined two other birders for a full day of birding to support the Boston Nature Center’s Bird-a-thon (BAT) team.  The time frame for Bird-a-thon is 24 hours, and some of our team started at 6 PM Friday night; I was home cooking supper during their local excursion to Millennium Park. It’s good that they went because more than a half dozen of our total recorded birds were Friday night finds that we didn’t see on Saturday.

We left Boston at 6 AM and hit our first stop, Wompatuck State Park, before 7.  This huge park in Hingham is often a great location for migrating warblers in mid May, but the crazy spring weather has thrown the migration off.  Many of the 20 or so warbler species that can be seen there were missing.  We did get some though, including the uncommon Bay-breasted Warbler.  I have never been able to get a good image of this bird- they’re often high in the canopy- so I borrowed one from a friend who is an excellent birder and photographer: 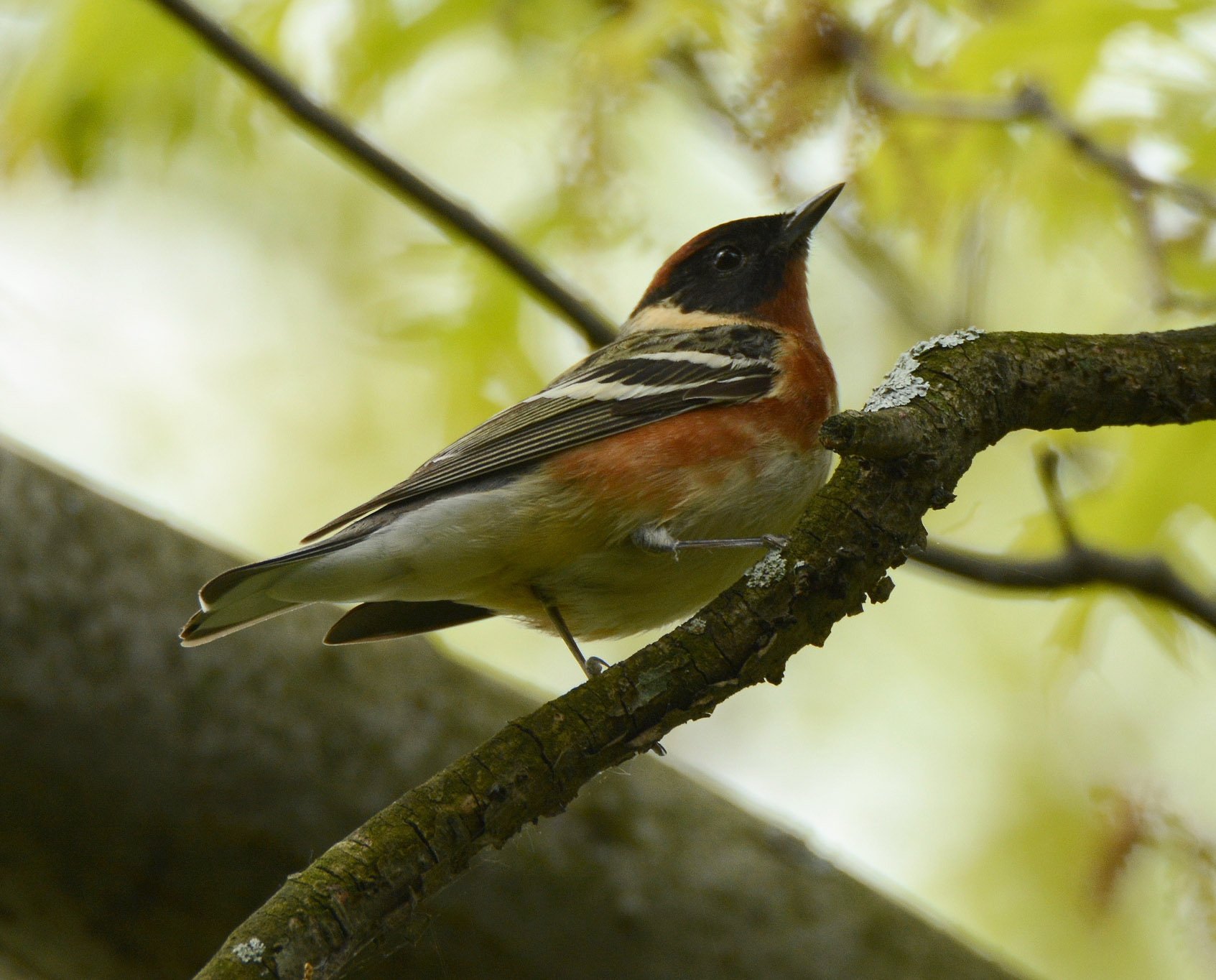 We birded sections of this 3200 acre park for more than two hours and picked up more than 40 species, a pretty good haul in spite of the cold and dreary weather.  Some of the birds we ticked off were heard but not seen; this is one of them: 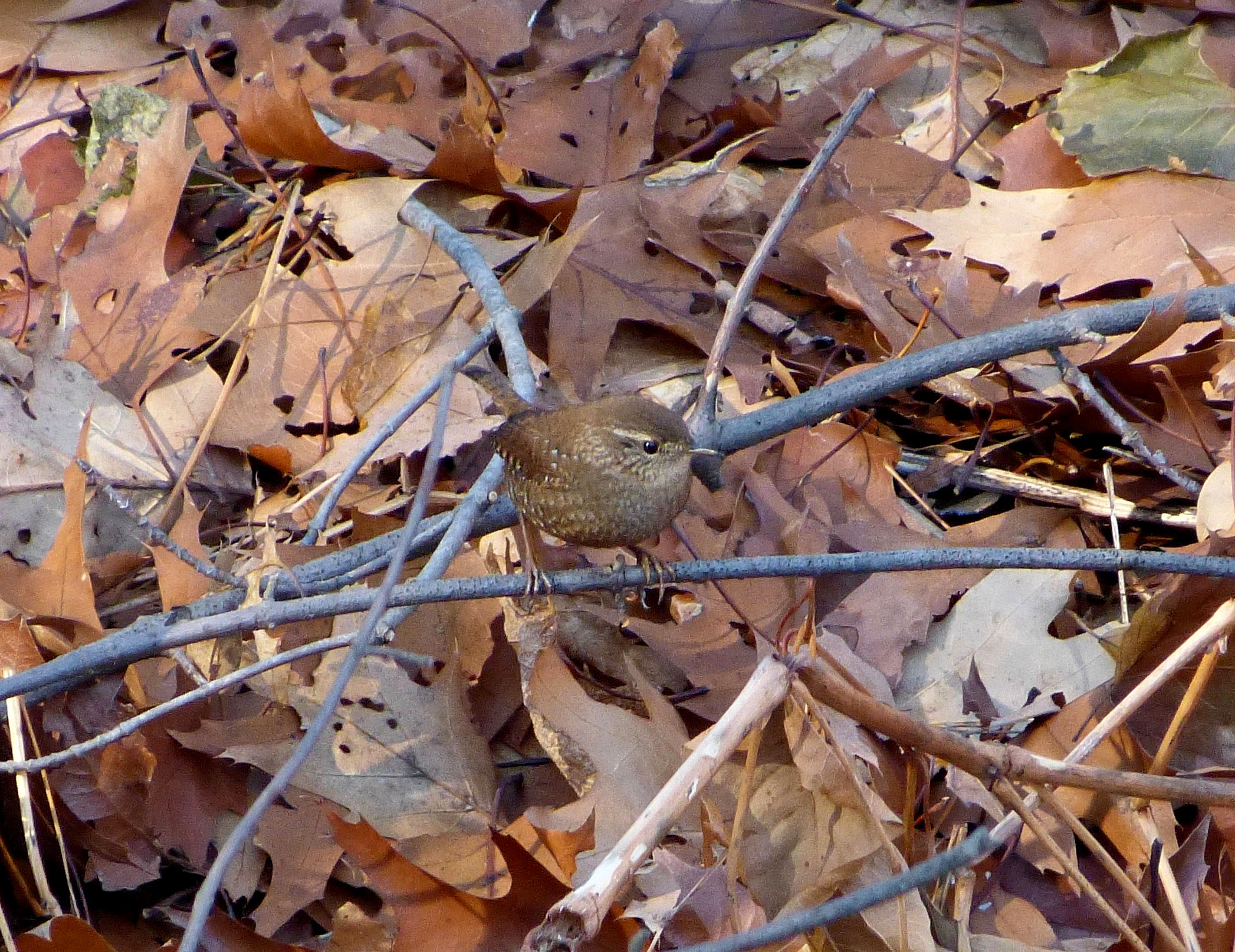 Winter Wren at Ward’s Pond on the Emerald Necklace. This tiny bird is secretive and hard to photograph.

We moved on to another great birding locale in southeastern Massachusetts, World’s End.  This peninsula that juts out into Boston Harbor is part of the new Boston Harbor Islands National Park.  It’s tree-lined carriage paths were designed by Emerald Necklace landscape architect Frederick Law Olmsted as part of a planned housing development, which thankfully was never built.  It is now owned by the Trustees of Reservations which will preserve it’s biodiversity in perpetuity.  Because of it’s extensive ocean front we looked for water birds, and we found some: 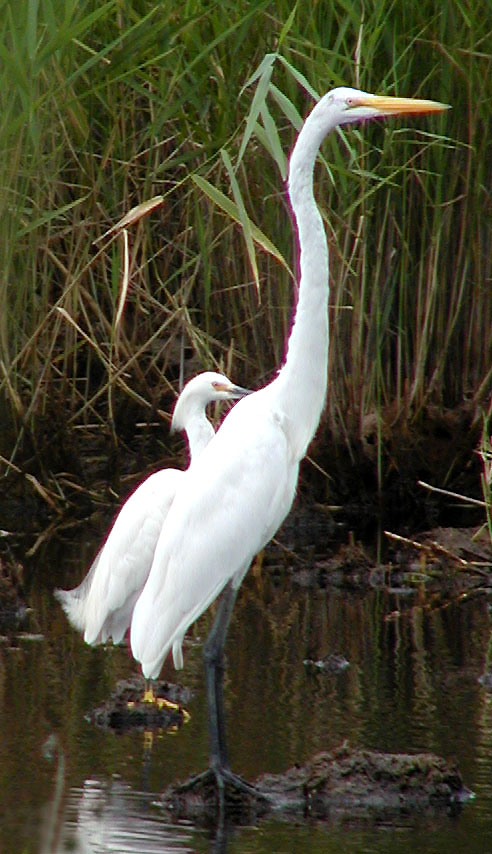 The perspective in this image exaggerates the size difference in the two egrets found in our area. The Great Egret, front right, is a little over a foot taller than the Snowy Egret, but size distinctions are often misleading as long necked birds appear short when crouched down searching for food.  The key to identification is the black bill and yellow “slippers” of the Snowy, compared to the yellow bill and all black legs of the Great Egret.

A species we unexpectedly saw at World’s End was a sea duck: 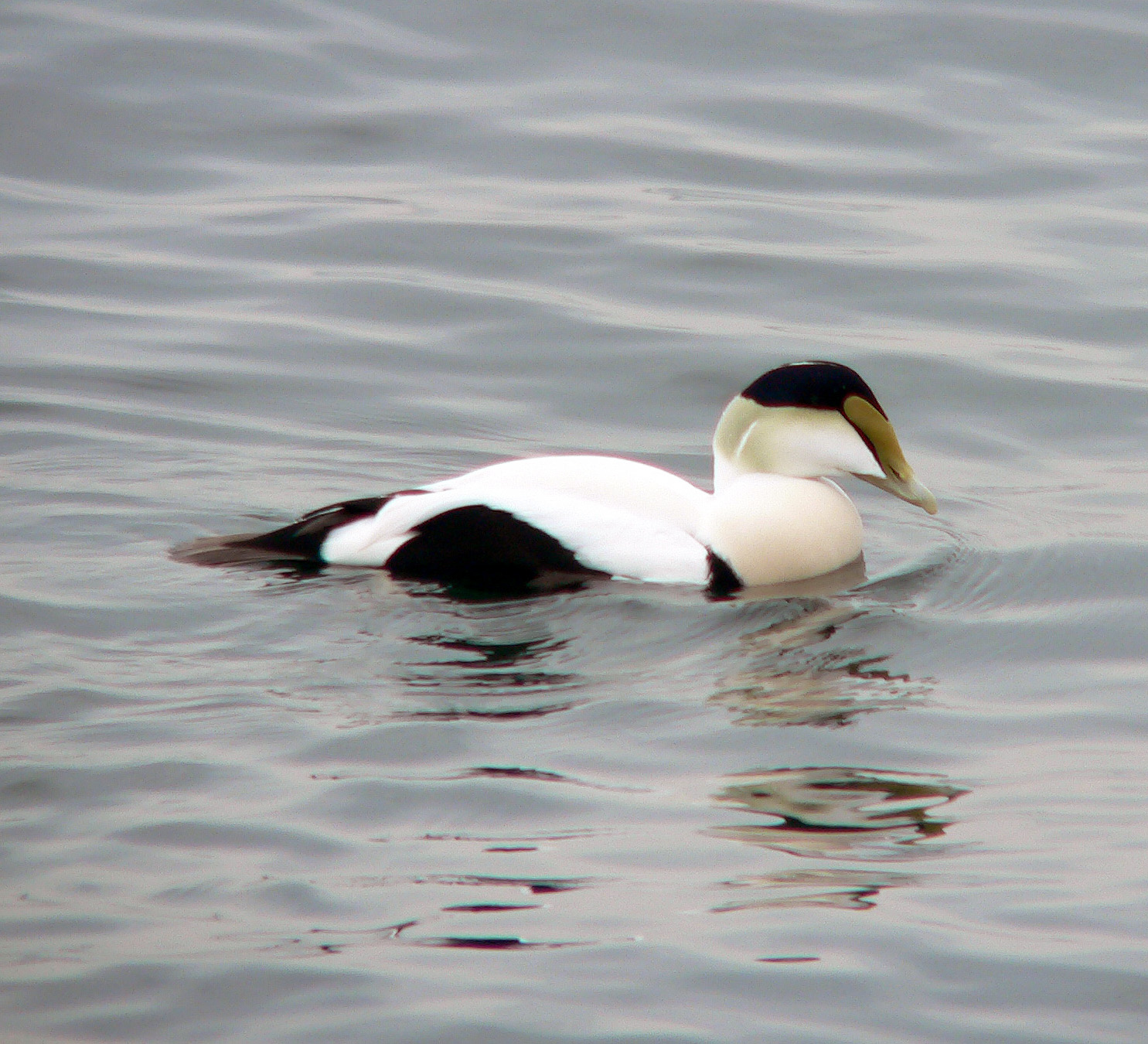 Male Common Eider. These salt water waterfowl are more common in winter but they have recently begun breeding in Boston Harbor

After picking up another 15 species we moved on to Ferry Hill Thicket in Marshfield, a small spot surrounded by development that was quite productive for us last year.  Not so this year; we got only one new bird there, a House Wren which we heard but never saw.

Our final stop in the south was Mass Audubon’s Daniel Webster Wildlife Sanctuary also in Marshfield.  I love this place!  It has nearly every habitat one can imagine; vast meadows and open fields, woodland, a small pond, a river and a marsh, all maintained  to suit wildlife. There are a number of “target birds” that birders seek here.  The Bobolink, an open field migrant, was abundant and very vocal; their song is accurately described as bubbly.  When seen, they stand out in the open fields: 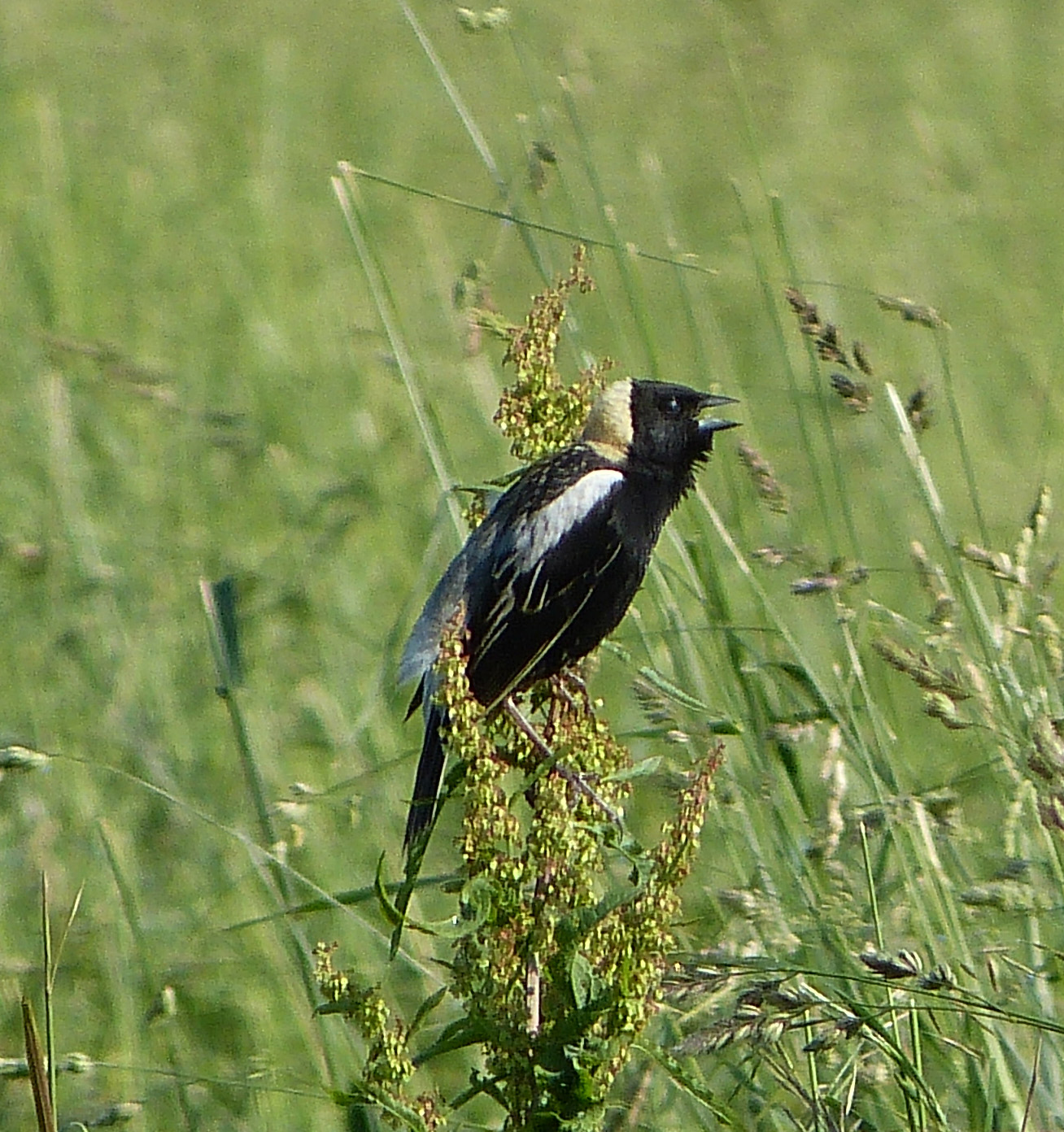 We also got another raptor to add to our list of five for the day, Osprey: 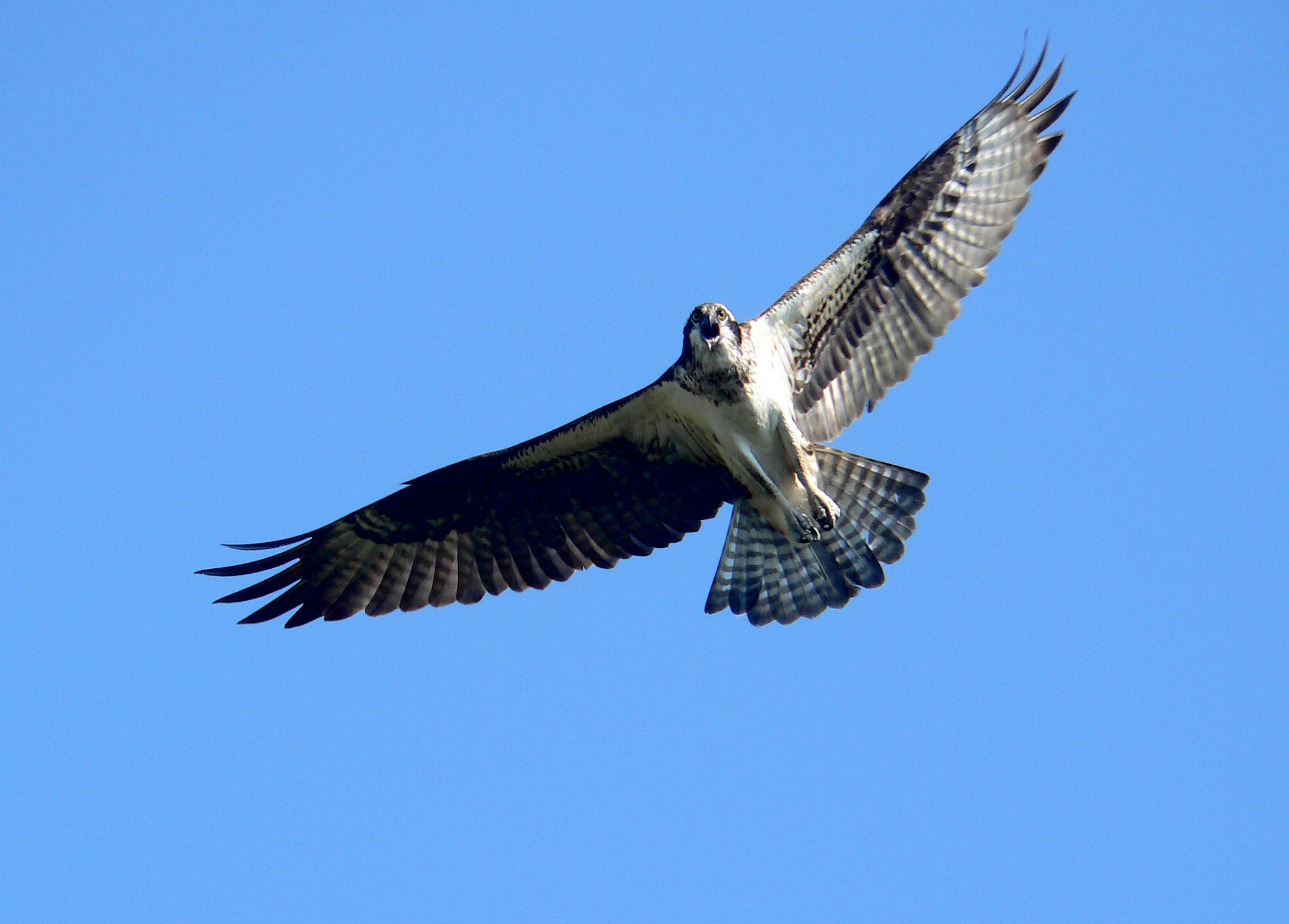 Ospreys arrive from the south around mid-March, and because of the installation of platforms for nest building they have become a common sight along the New England coast.

We were disappointed that the Purple Martins that are attracted to this site because of gourd nest holders had not yet arrived.  Nonetheless we added another 15 species to our growing list, and together with a number of species that we saw at multiple locations, our list had grown to 80!

We had some time left before the official end of the BAT competition when we returned to Boston, so we headed for the summit of Mission Hill.  I described this urban hot spot in last year’s BAT post; it has been very active with “good” birds this spring.  The hour was late and the wind had picked up however, so both sections of this complex were quiet. We did get a common sparrow that somehow we had missed all day, White-throated Sparrow: 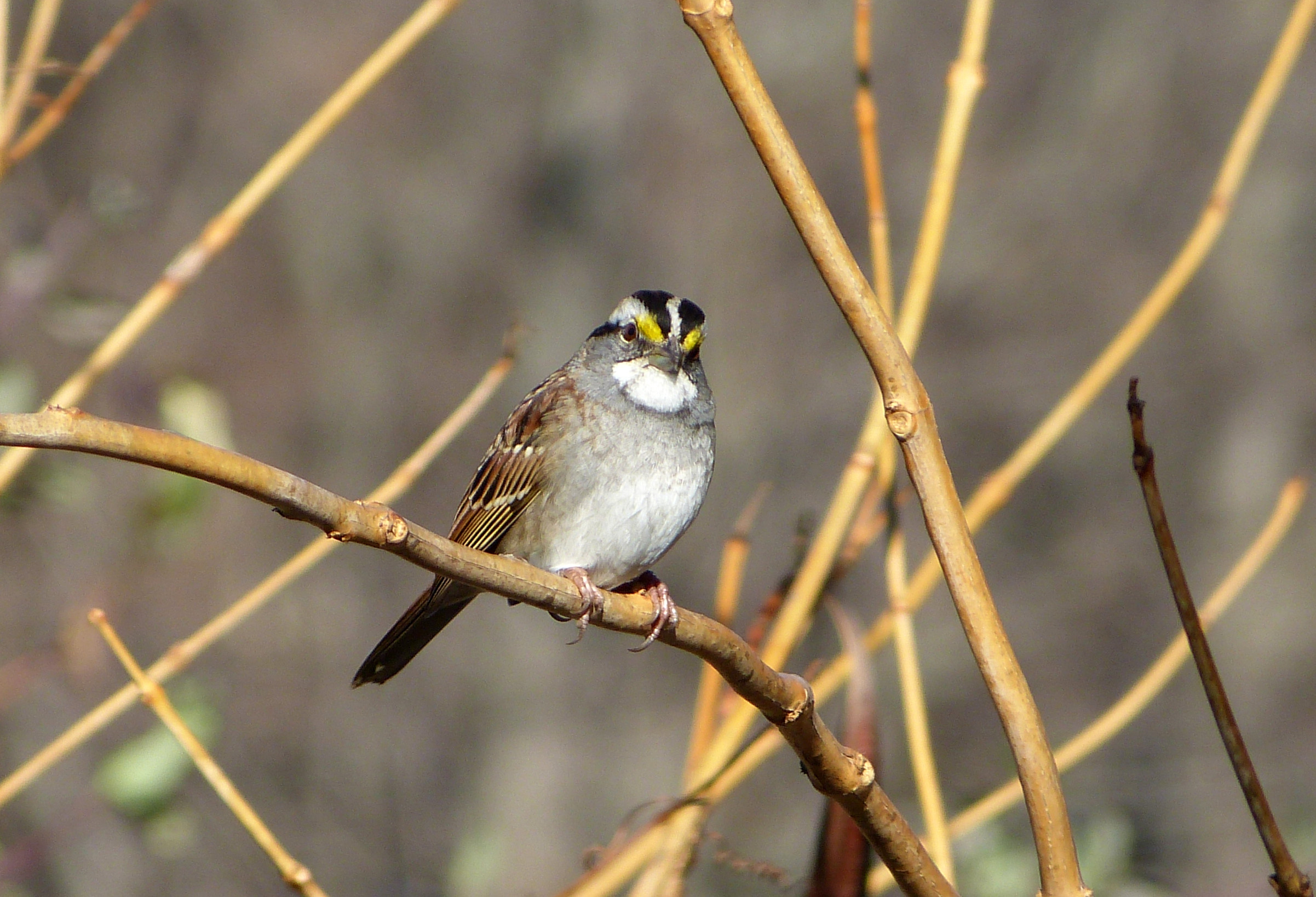 Male White-throated Sparrow.  This was one of only four of the 17 possible sparrows we tallied for the BAT.

As we were heading back to the car our youngest member spied something high up in a tree.  Small, like a warbler, but chubbier and with a white eye spectacle. Blue-headed Vireo! 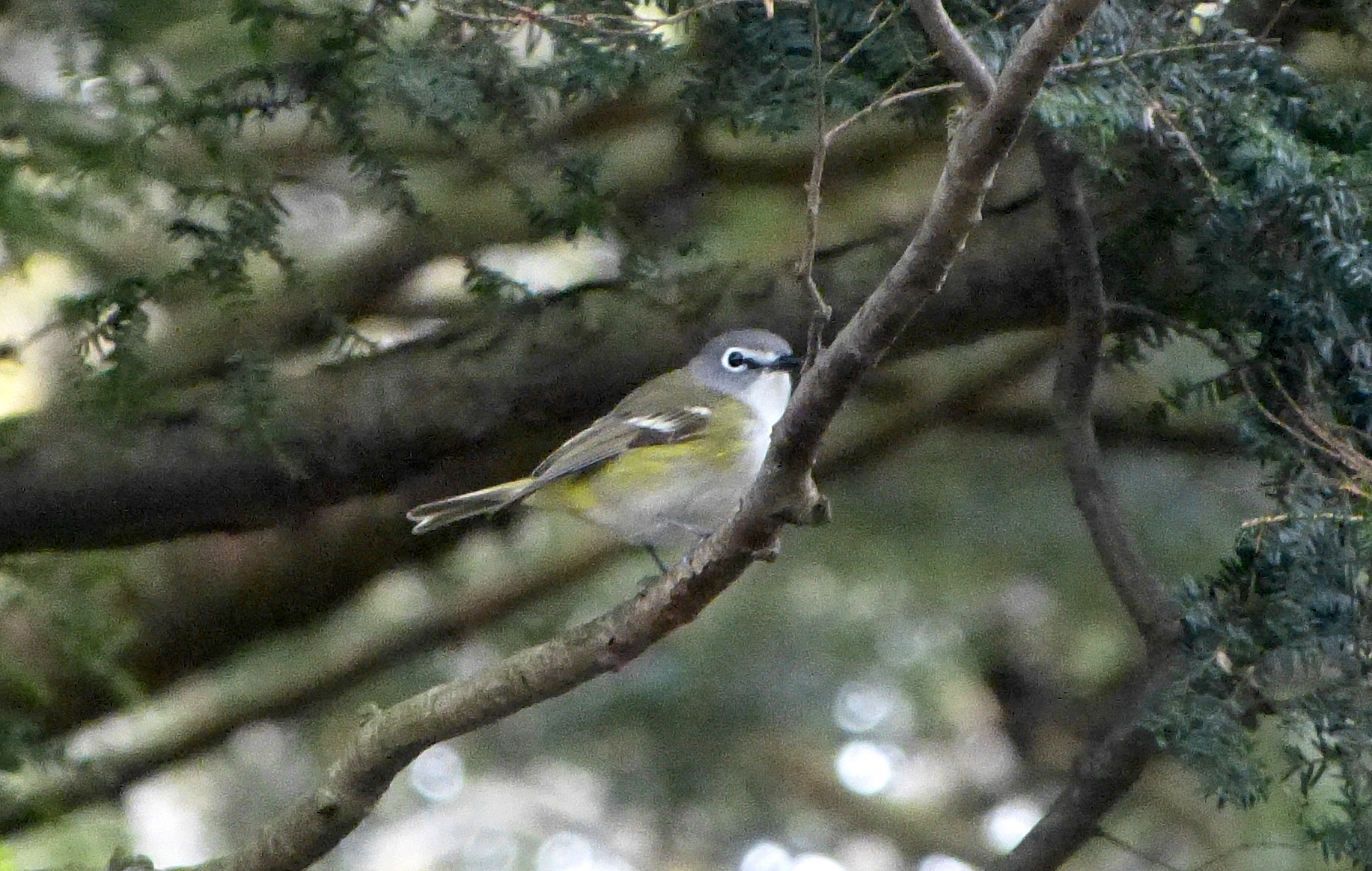 Blue-headed Vireo. This vireo was once lumped with two others as Solitary Vireo, but DNA studies in 1990’s lead to the three types being split into three distinct species.

So we ended up seeing three of the six possible vireos in this region.  It was a fine way to end a long day.

Overall it was a very successful Bird-a-thon. The real point of the day, after all, is to raise money for Audubon, and for the wonderful programs that the Boston Nature Center in Mattapan provides for people of all ages, especially kids.  Our small team raised over eighteen hundred dollars so far, a good share of the funds raised by BAT for the BNC. Thanks to all who contributed.

My last walk of the season will be this Saturday May 20th beginning at the Arboretum main gate at 8:00 AM.