The first walk of the spring season was a wash out, but the weather was glorious this morning and brought out nearly 40 people of varying experience levels for a nice walk in sections of Peters Hill and Hemlock Hill.  We didn’t turn up any rarities but did see and hear lots of the birds expected this early in the spring migration.  Highlights were Pine Warblers along side of Chipping Sparrows, providing a great comparison of these two sing-a- likes.  Pine Warbler, whose call is shorter, more melodic and “rounder” than the Chipping Sparrow, is the first migrant warbler to arrive in Boston, usually in early April. 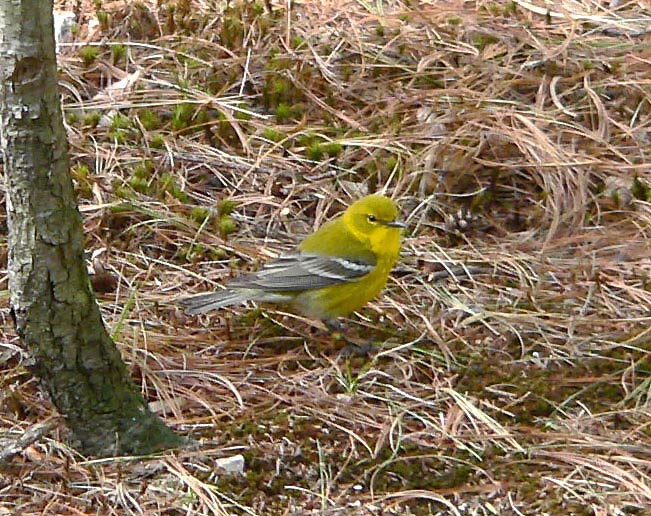 A sharp-eyed member of the group spotted a Red-breasted Nuthatch on a tree trunk at the top of Hemlock Hill allowing for close up looks at this uncommon little bird. 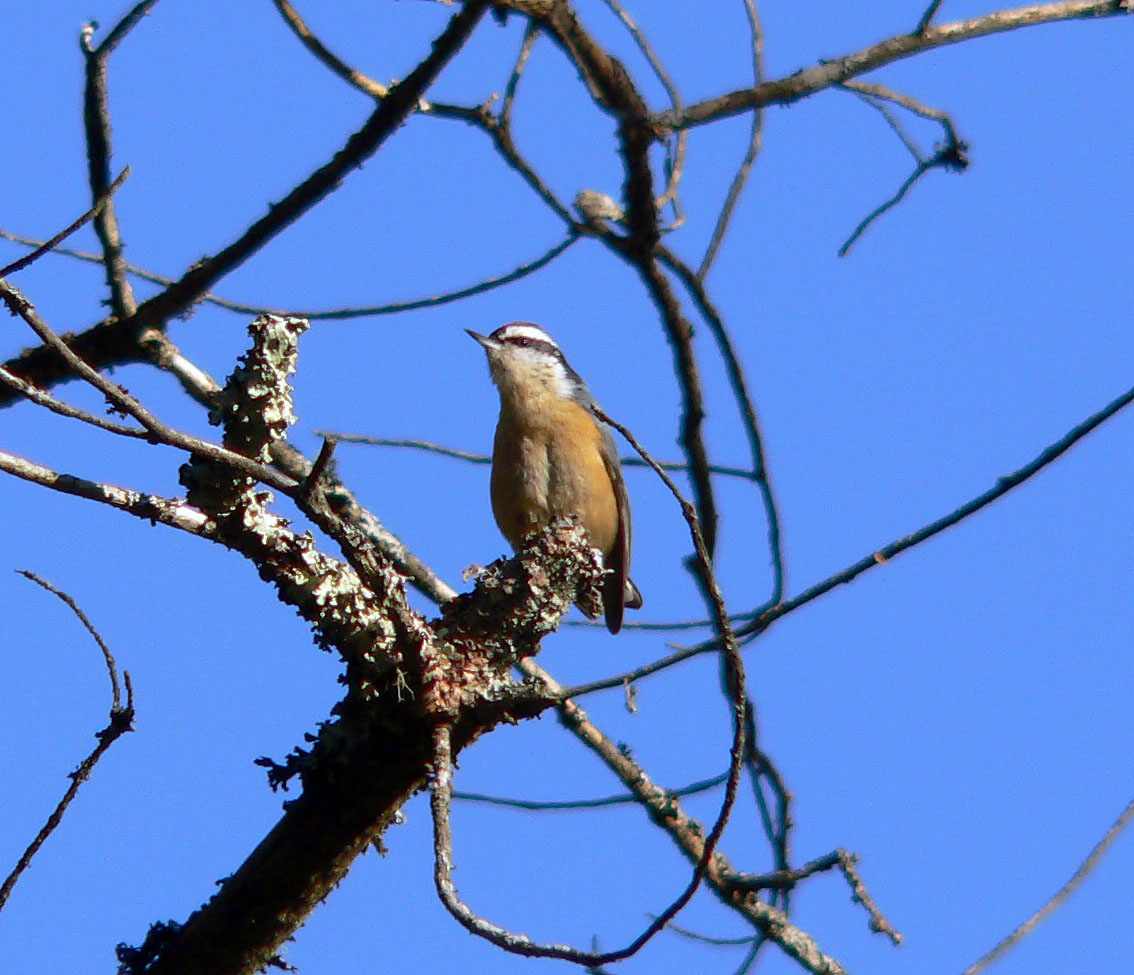 Another bird of note was a Brown Thrasher.  These migrant members of the Mimidae family arrived in the Arboretum just this week from more southern states.  The bird we saw was perched high in a maple tree and while it was easily heard repeating it’s two or three phrase call it was difficult to see well.  Up close it is a striking bird: 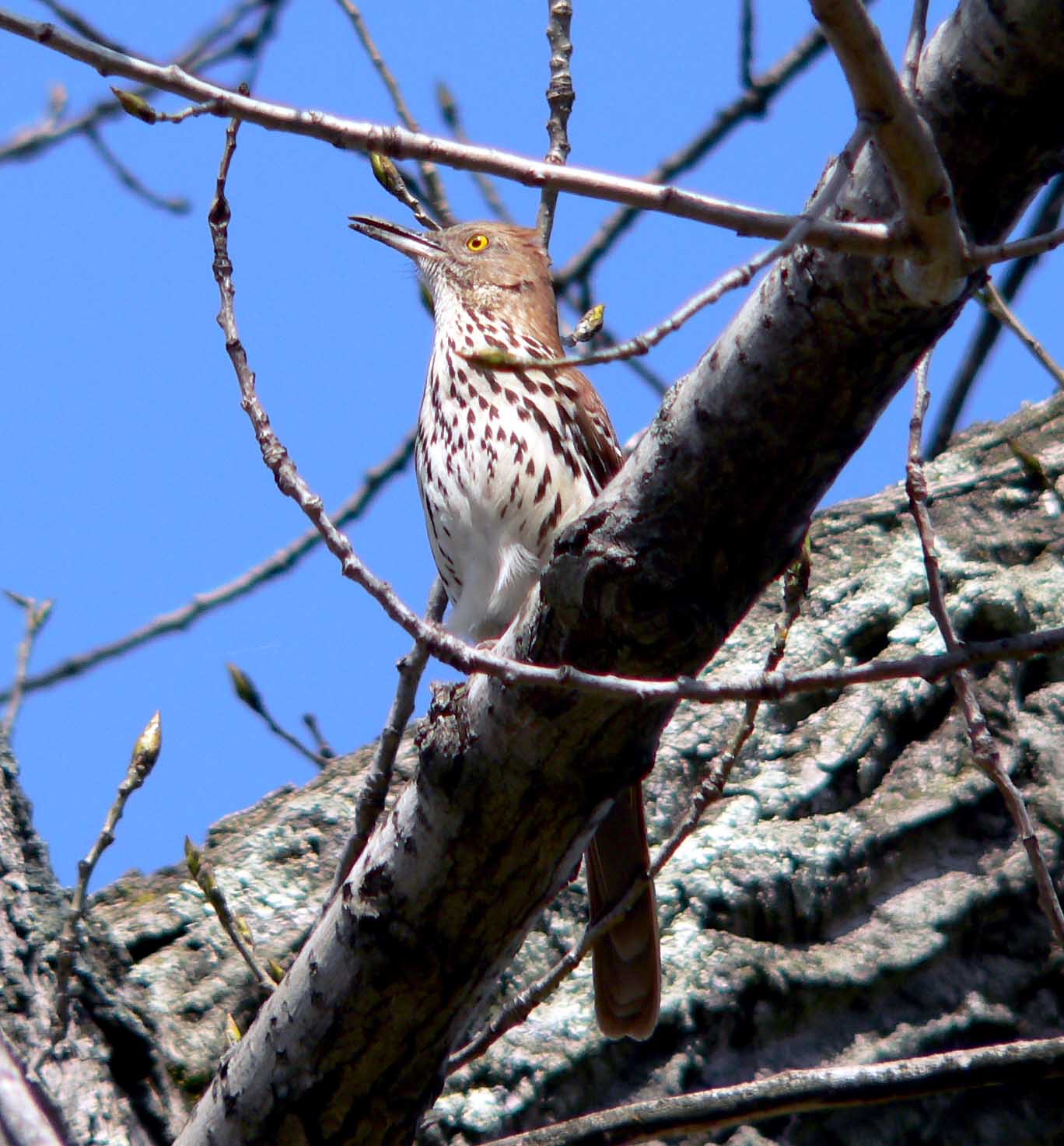 Thrashers share their family with the more common Northern Mockingbird, a year round resident and famous mimic, and the Gray Catbird, which will not arrive in Boston for another week or so.

We ended up the walk with the discovery of many owl pellets on Hemlock Hill, but couldn’t find the owl. Instead the group was regaled with stories of the one-eyed Great Horned Owl mother and her two owlets that fledged recently at Forest Hills Cemetery.   One person said she felt like she was back at scout camp!  A good time was had by all.  The full list of birds:

The next walk of the series will start from the main gate of the Arboretum off the Arborway on Saturday May 11 at 8AM.  Don’t miss it!  Baltimore Orioles guaranteed!