In my last post on Owls in the Arboretum I commented that after the death of a patriarch male Great Horned Owl in 2008 there had been no reported nests of this species in the Emerald Necklace.  Recently however I was told of a nest in Forest Hills Cemetery, technically not part of the necklace but very close by.  Great Horned Owls have nested in this magnificent garden cemetery off and on for years; the most recent nest was in 2010.  I went to the area reported and quickly spotted the nest: 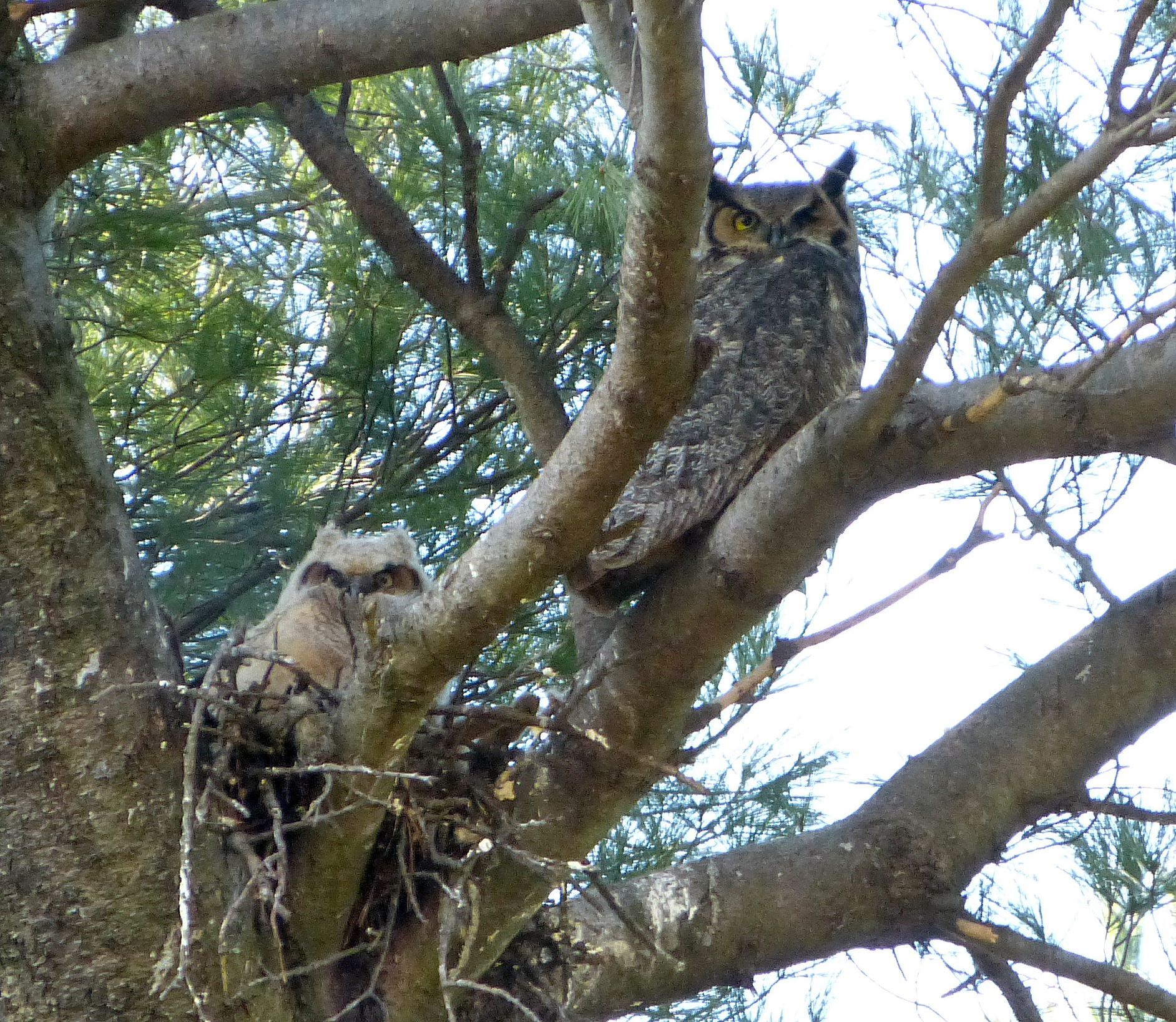 The site of this nest is exactly the same as a Great Horned nest in 2006.  Owls frequently use old nests of Red-tailed Hawks and may re-use them for several years.  Farther down on the tree there was a second owlet that had either fledged or had fallen out of the nest:

A furry Great Horned owlet out of the nest in Forest Hills Cemetery. At last report this baby is being fed by the parents and is doing well. Photo: Bob Mayer

There is a great back story to this discovery.  The mother owl was well known to birders in Franklin Park where she was regularly seen for at least five years and was probably one of the females that the now deceased “Ben Franklin” had as part of his harem.  One-eyed owls are at less of a disadvantage than similarly damaged hawks. The hawk’s eyes are on the side of the head so their visual field is severely compromised with a missing eye. Owls, that have both eyes forward on the skull, seem better able to adapt to this significant loss.  In any case this female owl has been so successful that she was used in past years as a foster mother for owlets found on the ground in other locations and taken to Mass Audubon for rehabilitation by placing the abandoned youngster in her nest.

After a few more weeks these young owls will be cut off from parental care and protection and will disappear into the forest canopy.  Hopefully one of them may choose to nest in the Arboretum in future years.